What to expect from JP Morgan 2023

The real start to the biopharma year, the JP Morgan Healthcare Conference, is nearly upon us. As the holidays fade into memory – along with a pretty rough 2022 – what will this bellwether of the industry bring? I caught up with one of Evaluate’s VP consultants, Vinay Bhaskar, who’ll be in San Francisco as it all kicks off. 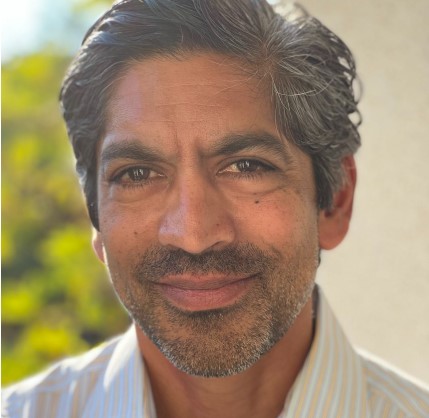 Let’s start with the big picture, do you think JP Morgan will be the turning point for the industry?
Well, like everyone in life sciences, I certainly hope the answer is yes! However, I sense we’re not quite there yet. I’ll be following closely along with the news to hear what’s afoot, but I do think there will be some really interesting activity. ASH, which took place in December did show some promise with a few deals following that conference. And of course there was the Amgen/Horizon deal that was announced just before year end which was pretty significant and might be something of a catalyst for 2023.

There’s a lot of talk about the looming patent cliff in 2028. Do you see the conference starting to fill some pipelines?
It’s interesting that we’ve not seen more activity given the size of some of the patents that will be expiring relatively soon. Some companies, such as AbbVie, need to be very acquisitive over the next few years and the clock is certainly ticking for them now. They did do a deal back in October, which wasn’t huge but at least signalled some activity.

The good news is that many of the big pharma companies who are facing this patent cliff have a lot of cash to burn and will be looking to take advantage of the relatively low valuations we’re seeing in the market. I’d certainly expect to see some fairly significant deals from Pfizer who are really flush with cash after their Covid successes. There’s been something of a flurry of regulatory news over the holidays as well which might prove an interesting catalyst.

Any mega-mergers looming?
That would be fun! I very much doubt it though, at least in the context of this conference. I think any deal making at JP Morgan will be more filling gaps and building pipeline than mega-merger.

So where is the deal making going to happen?
The market has been pretty well decimated with a lot of companies trading below cash. While on the face of it that means there are bargains to be had, there is a long way to go in terms of some of the companies accepting the lower valuations compared to where they were two years ago. I think we’ll see some moves in that direction, though. There are a lot of very promising biotechs out there with some great assets but they’re going to run out of road soon, particularly given IPO is just not an option for most at the moment.

Are there any particular indications or therapies that you expect to be hot topics?
I suspect on the deal making front, things won’t be quite so heavily loaded towards oncology as they have been, though of course that will still be an enormous proportion of the market. I think we’ll see more on rare diseases this year, for sure. I also think NASH is looking really interesting, and of course obesity and other metabolic indications will be getting a lot of attention now that several companies are making quite significant inroads.

Plenty to look out for then! Where can we find you at the conference?
I’ll be at the partner event, Biotech Showcase. Anyone who’d like to talk about the news as it’s happening can find me and our team through the partnering system or at the Evaluate booth.

If you’d like to stay on top of what’s happening at JP Morgan this weekend, remember that the Evaluate Vantage team will be publishing their take on the news as it happens. And you can pre-register to receive the eBook with everything in one convenient place here .