Almost $2bn was raised by drug developers in the third quarter, a period that witnessed two of the largest flotations of pre-revenue companies in recent years.

The flocking of fledgling drug makers onto the stock markets continued in the third quarter, and investor appetite for high-risk offerings shows no sign abating. Pre-revenue, pre-proof of concept, preclinical – the line in the sand for public investors in the current bull market has yet to be discovered.

The imminent arrival of Allogene represents the next big test of the market’s exuberance. A mere five months after being founded with a huge $300m private round, the allogeneic CAR-T researcher has said it wants to raise up to $288m in an IPO in the coming weeks, though this was not announced in time to put it in the third-quarter analysis.

If that sum is achieved it would value Allogene at more than $2bn, and the float would rank among the top five of pre-revenue companies, according to Vantage’s research. This is a notable ambition, but it is a sign of the times that this last quarter contributed another two IPOs to this top 10.

The gene-editing company Rubius is particularly notable as it has yet to move any of its projects into clinical trials. Tricida is at the other end of the scale, with a successful phase III trial of a chronic kidney disease project under its belt; its huge IPO funds are intended to pay for commercialisation.

Another indicator of the healthy demand for these new issues is the premium or discount to the original offer price on which new and old investors ultimately settle. The graph below shows that these days companies rarely have to rein in their ambitions to get flotations away. 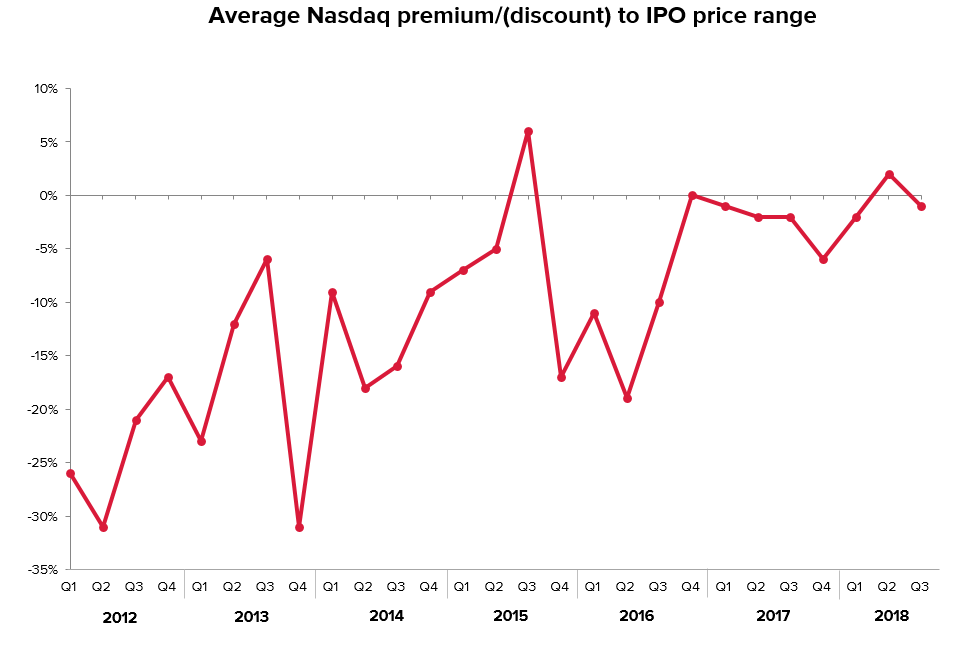 All of this has added up to a quarter that saw 20 new companies float on Western exchanges, raising $1.9bn in total. This analysis only looks only at companies developing human therapeutics, and excludes sectors like medtech.

With the private financing world more than buoyant, there is no drying up of the pipeline of IPOs in sight. A major concern for public investors has to be that young companies are pushed onto the stock market too quickly, though the numbers in this analysis do not reveal any hint of concern. 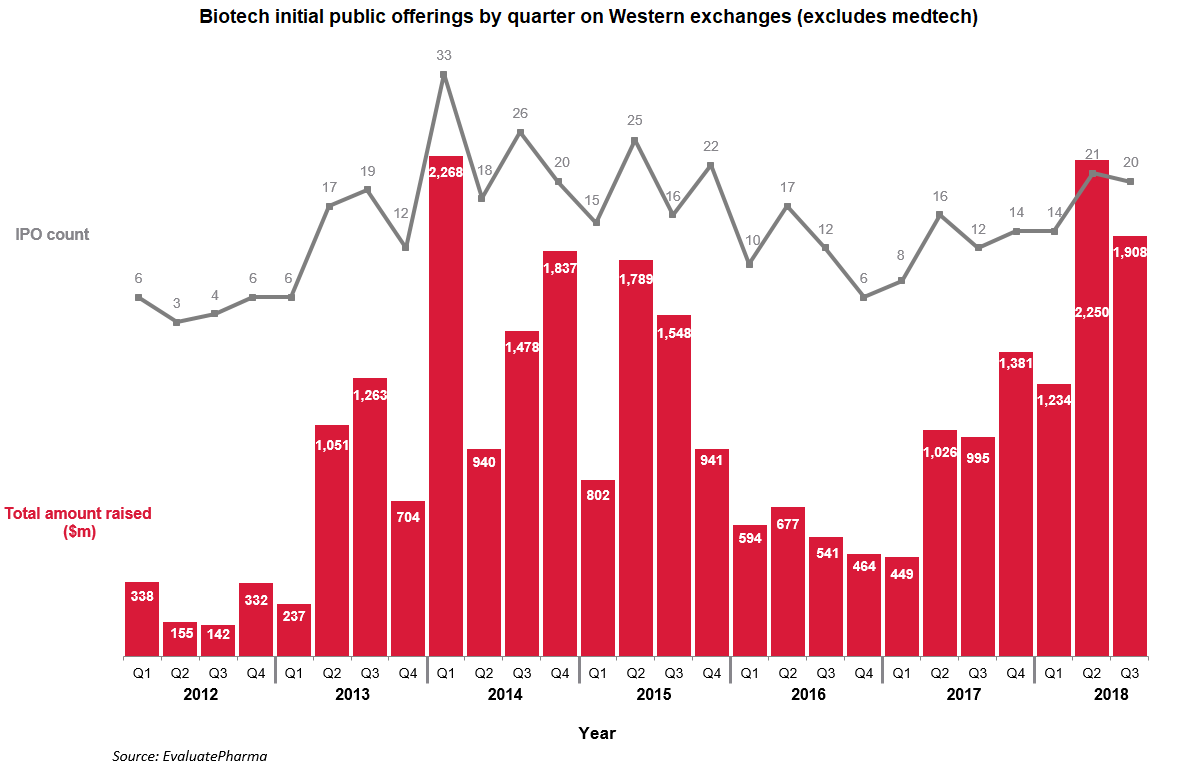 With chunky price tags preventing larger companies from buying these young innovators, the sector must hope that the public markets are willing to continue to support valuations at these levels, something that probably depends on success in clinical trials.

Notably, of the all-time top 10 Axovant and Circassia, two companies that have been around for much longer than some of the new blood, have since blown up. In the current market not even clear setbacks seem to be killing the mood.

After a bumper year, biotech flotations remain on the cards