Funds backed by drugmakers remain visible contributors to the venture world, but several of the big corporate names seem to have reined in spending.

At the beginning of this decade, when the fallout of the financial crash was still being felt and traditional venture firms were struggling to raise money, the investment arms of big pharma companies stepped in to fill a funding gap that was starving start-ups. Fast forward to the current period of plenty and, while corporate cash is no longer quite so crucial to the ecosystem, many of these units remain enthusiastic backers of early-stage science.

However a look at more recent investment patterns, tracked by EvaluatePharma, suggests that some of these big groups might be stepping back. Novartis, Glaxosmithkline and Lilly were all involved in notably fewer rounds in the past couple of years than in earlier periods. Possible explanations include an inability or reluctance to compete with cash-rich traditional funds in a period of rocketing asset valuations or, more simply, a loss of interest in this business by parent companies.

Not all corporate venture funds have slowed down, though, and overall these arm's-length financing units look to be getting involved in more rounds than ever before. Johnson & Johnson for example remains one of the most active early-stage investors, while Pfizer has noticeably stepped up since 2016. Amgen backed 11 start-ups last year, a substantial increase from its typical five rounds per year, while Bristol-Myers Squibb invested in five companies in 2018, more than over the past 10 years combined. 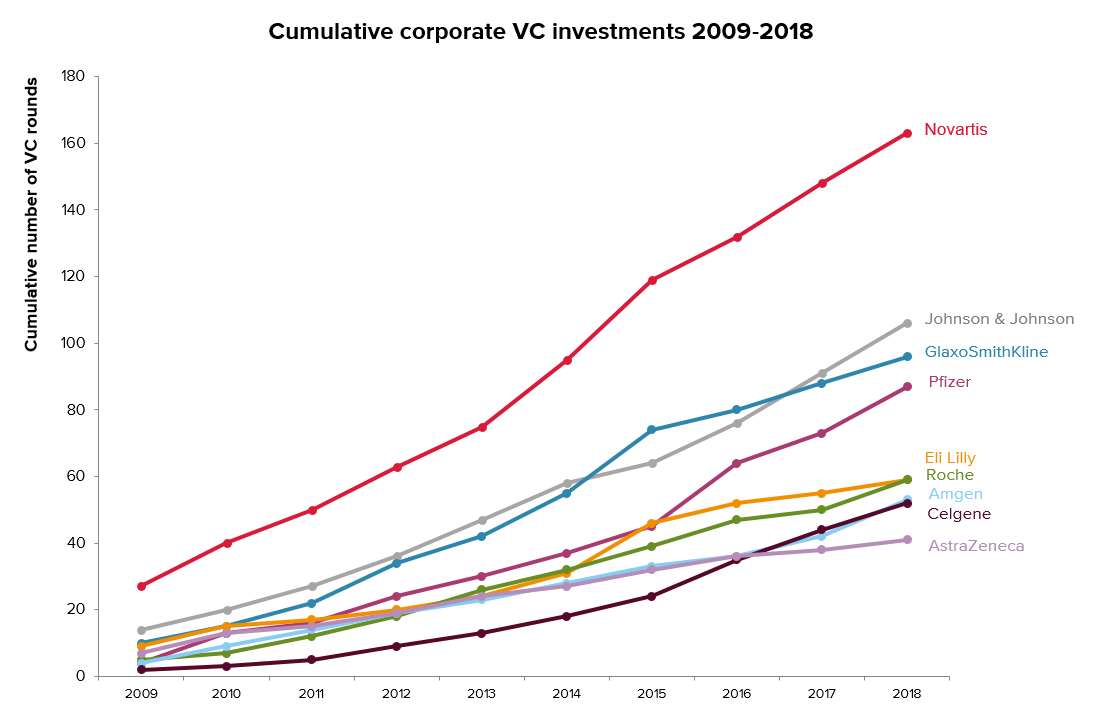 The chart above shows cumulative investments over the past decade, and a flattening of the curves can be seen with several names. This could simply be a blip, of course, although the venture team at SR One was recently reported to be exploring a separation from its parent company Glaxo, which makes the declining numbers at that firm more notable.

Small companies would be keen to see SR One continue, as it has been one of the most dominant corporate venture investors over the past decade, beaten only by J&J and Novartis. Notably, Celgene has also been a fairly big contributor, particularly over the past couple of years, and this analysis provides another reason why small companies will miss the biotech’s generosity should its takeover by Bristol be consummated.

The above analysis does not reflect the sums invested by these corporates, only the number of deals in which they have been involved. An indication of the weight that these firms throw behind their investments can been gleaned from the below analysis, which looks at willingness to lead rounds.

Novartis Ventures’ important role is underlined here. Not only was it the third most frequent corporate investor over the past decade, it was also the lead investor in a quarter of cases. This suggests that the firm typically parts with bigger sums of money than, for example, Roche, which tends to join others’ rounds.

SR One is also an enthusiastic lead investor, which makes reports of its desire for independence sound plausible. But whatever strategy emerges for this firm or others, it is clear that corporate venture arms are here to stay. 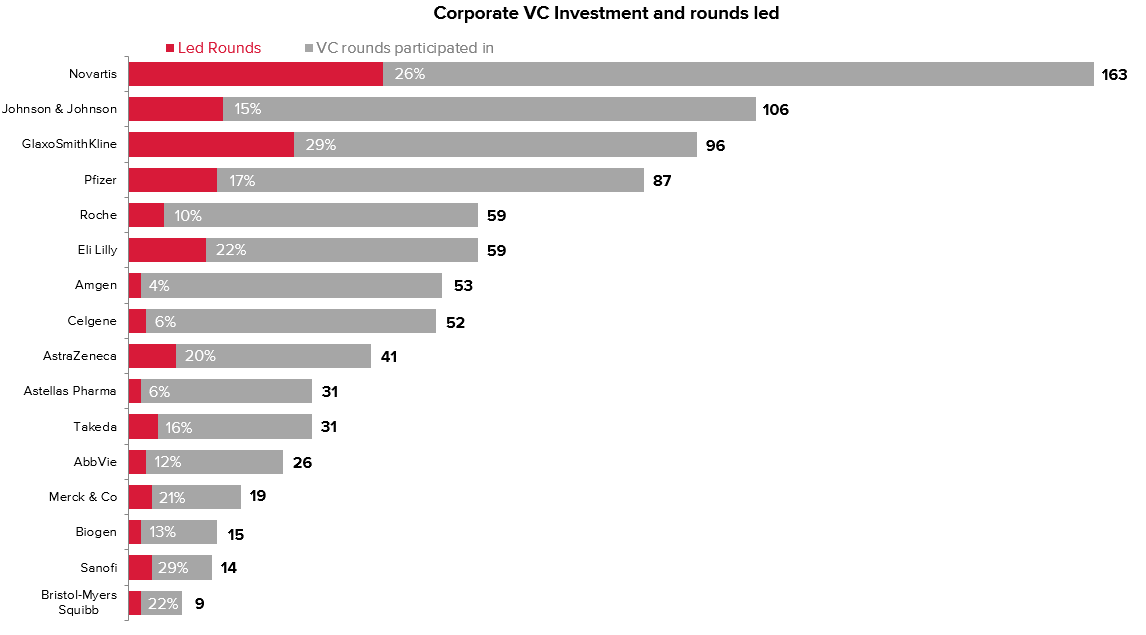