Pfizer and Sangamo’s haemophilia A gene therapy candidate giroctocogene fitelparvovec was supposed to be more durable than Biomarin’s rival project valrox. This claim has been in doubt for a while, but data presented at Ash yesterday confirmed that, like valrox, girfit is linked with a marked decline in factor VIII levels over the long term. This finding, along with liver enzyme elevations, led Leerink analysts to conclude that the project did not look viable. Updated data from the phase 1/2 Alta trial showed that, among five patients receiving the highest dose of girfit, mean factor VIII levels were 25.4% at two years; this looks less impressive than the two-year results from valrox’s phase 1/2 study. Of course, FVIII levels are just a surrogate endpoint, but Alta also saw an emergence of bleeds during year two: one patient had eight bleeds, while another had one. Meanwhile, the phase 3 Affine trial of girfit is on clinical hold after some patients developed FVIII levels over 150%. There are fears that such high levels could lead to blood clots; Pfizer has said that no thrombotic events have occurred, although some patients have been given anticoagulants. 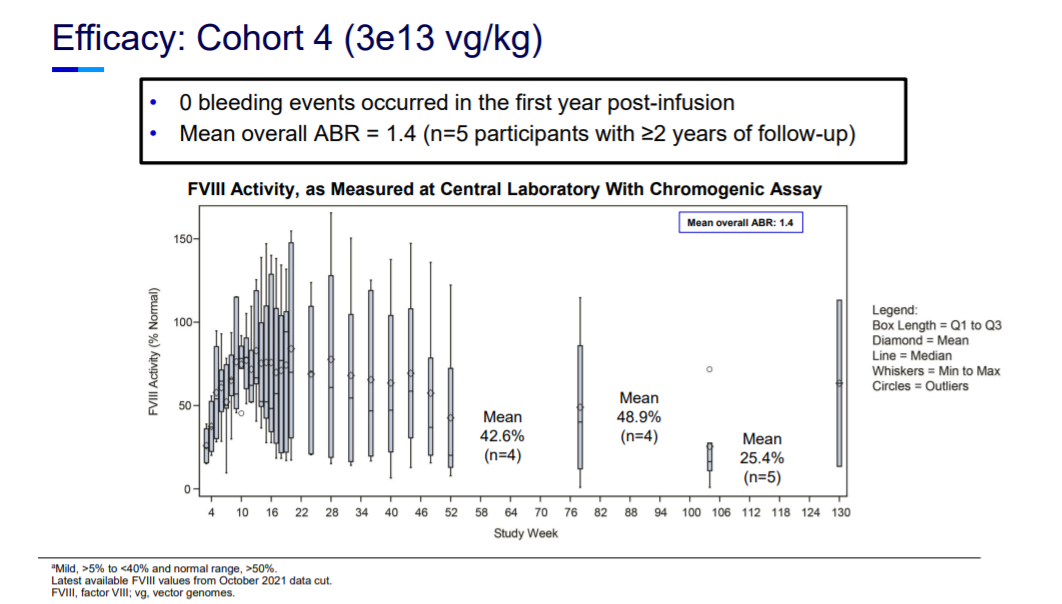