Ash 2021 – Polivy underwhelms, but stays ahead of Car-T

When Polivy scored in the relapsed lymphoma trial that led to its first US approval Roche heralded this antibody-drug conjugate as being as good as Car-T. Today the group might claim to be a step ahead: as Car-T therapies score in second-line lymphoma Polivy has the front-line setting in its sights, courtesy of the Polarix trial. However, lack of an overall survival advantage hangs heavy over second-line Car-T and front-line Polivy alike: Polarix, unveiled at today’s late-breaker session at Ash, showed virtually identical OS curves for Polivy and the modified R-CHOP regimen against which it was compared, with 24-month survival of 88.7% versus 88.6%. The issue is important because analysts reckon front-line use makes up two thirds of Polivy’s future sales, put by Evaluate Pharma sellside consensus at $1.6bn in 2026. Polarix’s relatively narrow 27% reduction in risk of progression (p=0.02), earlier revealed in the Ash abstract, caused Jefferies to suggest that first-line adoption would be slow. At an Ash press call one of the Polarix investigators, Memorial Sloan Kettering’s Dr Gilles Salles, suggested the advent of new lymphoma treatments as a reason for the lack of OS benefit, but also said Polivy-treated subjects had a reduced treatment burden. 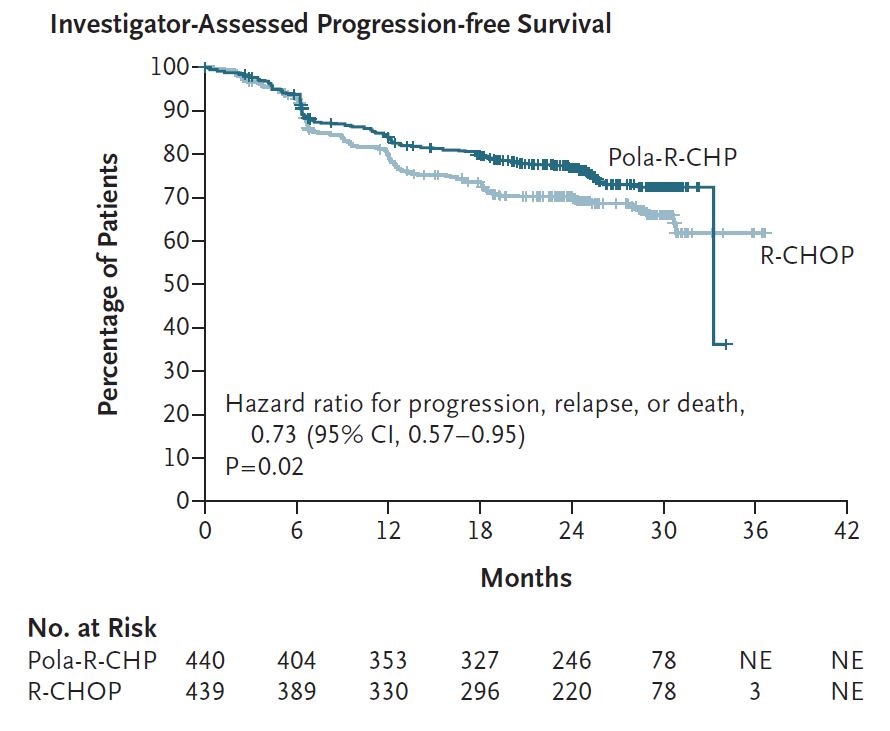