Novo Nordisk believes that, in Mim8, it has a bispecific antibody for haemophilia A that could be more potent than Roche and Chugai’s market leader Hemlibra. It will soon have the chance to find out: dosing in a pivotal study is due to start in the fourth quarter following promising data at the ISTH meeting in London yesterday. The phase 1/2 Frontier1 dose-escalation trial, in 32 patients with and without inhibitors, found that those treated with the lowest dose of Mim8 still experienced bleeds, but bleeds were almost eliminated with higher doses. Notably, cohort four used a once-monthly schedule, which could make Mim8 more convenient than Hemlibra, which is given once weekly. There were also no thromboembolic events with Mim8; Hemlibra has a black box warning for this side effect. No serious adverse events were deemed related to Mim8, although one patient did discontinue after a hypersensitivity reaction. If Mim8 can continue to show a clean safety profile in bigger trials, Novo could have a contender on its hands. Still, the Danish group will have its work cut out to unseat Hemlibra, which is forecast to bring in over $6bn by 2028, according to sellside consensus compiled by Evaluate Pharma. 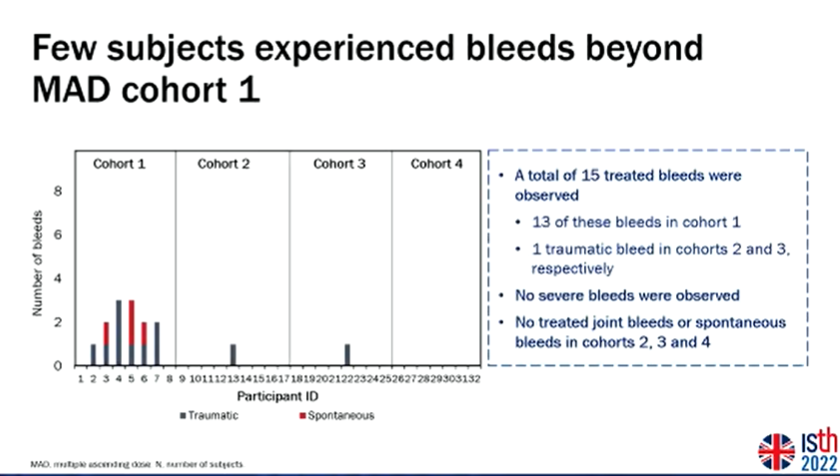