A benefit for balstilimab in cervical cancer irrespective of PD-L1 expression gives Agenus a shot at US approval.

It took 26 years and $1.2bn of shareholder cash, but the immuno-oncology laggard Agenus yesterday started the process for filing one of its assets. If the rolling filing is completed balstilimab could become the seventh PD-(L)1 blocker to be approved in the US, but only the second in cervical cancer.

The fact that this indication is poorly served by immunotherapy likely drove Agenus's strategy, and the Esmo conference yesterday heard data backing the approval case. Among checkpoint blockers only Merck & Co’s Keytruda has a cervical cancer label, and on a cross-trial basis balstilimab looks to have a decent shot at approval.

The Esmo data suggest that balstilimab’s key advantage is some activity in patients who do not test positive for PD-L1, and the rolling BLA will seek an all-comers label. Keytruda, meanwhile, is approved only in patients shown to express PD-L1 at 1% or above.

The vital detail is in cohort E of the Merck drug’s Keynote-158 study, which showed a 14% overall remission rate in PD-L1 ≥1% expressers. Crucially, no remissions were seen in subjects who did not express PD-L1.

It should be stressed that the US FDA decides on drug approvals based on individual projects’ merits, rather than comparing against available therapies. But the comparison with Keynote-158 would be highly relevant when it came to persuading doctors and seeking to establish market share for balstilimab.

Esmo also heard of a separate Agenus cervical cancer study, which combined balstilimab with the anti-CTLA-4 MAb zalifrelimab. This also showed some activity in PD-L1-negatives, and a higher ORR in second-line all-comers than the monotherapy trial.

Dr O’Malley also pointed out that activity in both studies was seen irrespective of tumour histology, though it was higher in squamous cell cancers than in adenocarcinoma.

For now it is only the anti-PD-1 monotherapy for which Agenus will pursue US approval. This is likely because seeking approval for two agents, neither of which is available, would present regulatory problems, but it might also be the case that Agenus does not see zalifrelimab’s additive benefit as sufficiently convincing in this setting.

There is also the question of added toxicity, a known problem of drugs hitting CTLA-4. Indeed, immune-related adverse events occurred at a higher rate in the combo versus the monotherapy trial, though the patient numbers are probably too small to make an accurate comparison versus Bristol Myers Squibb’s notoriously toxic Yervoy.

Should balstilimab secure approval data alone will not be enough to dislodge Keytruda; Agenus will also need a strong marketing partner, as its 2018 deal with Gilead appears not to cover either its PD-1 or CTLA-4 assets. 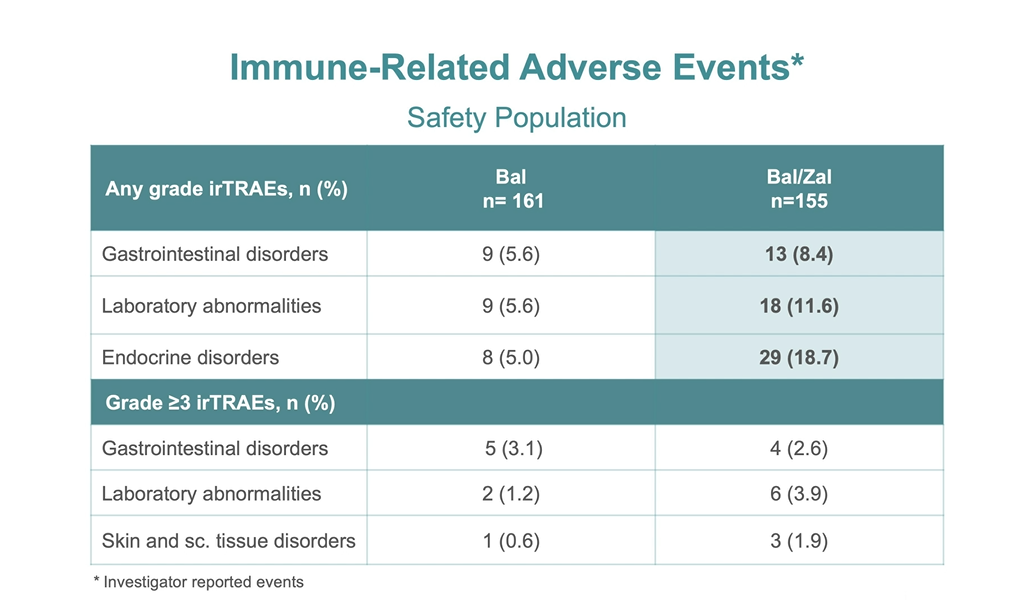