Imfinzi is the standard of care for post-chemo stage III non-small cell lung cancer, but rivals have been snapping at its heels for some time. Data presented at Esmo last week might give Imfinzi a new edge in this setting, thanks to combination approaches.

An interim analysis of the mid-stage Coast trial showed that adding Astra’s own anti-CD73 antibody oleclumab, or the Innate Pharma-originated anti-NKG2A monalizumab, to Imfinzi boosted response rates and progression-free survival. Astra is already looking beyond NSCLC with these new mechanisms, and other anti-CD73 developers are also riding high. 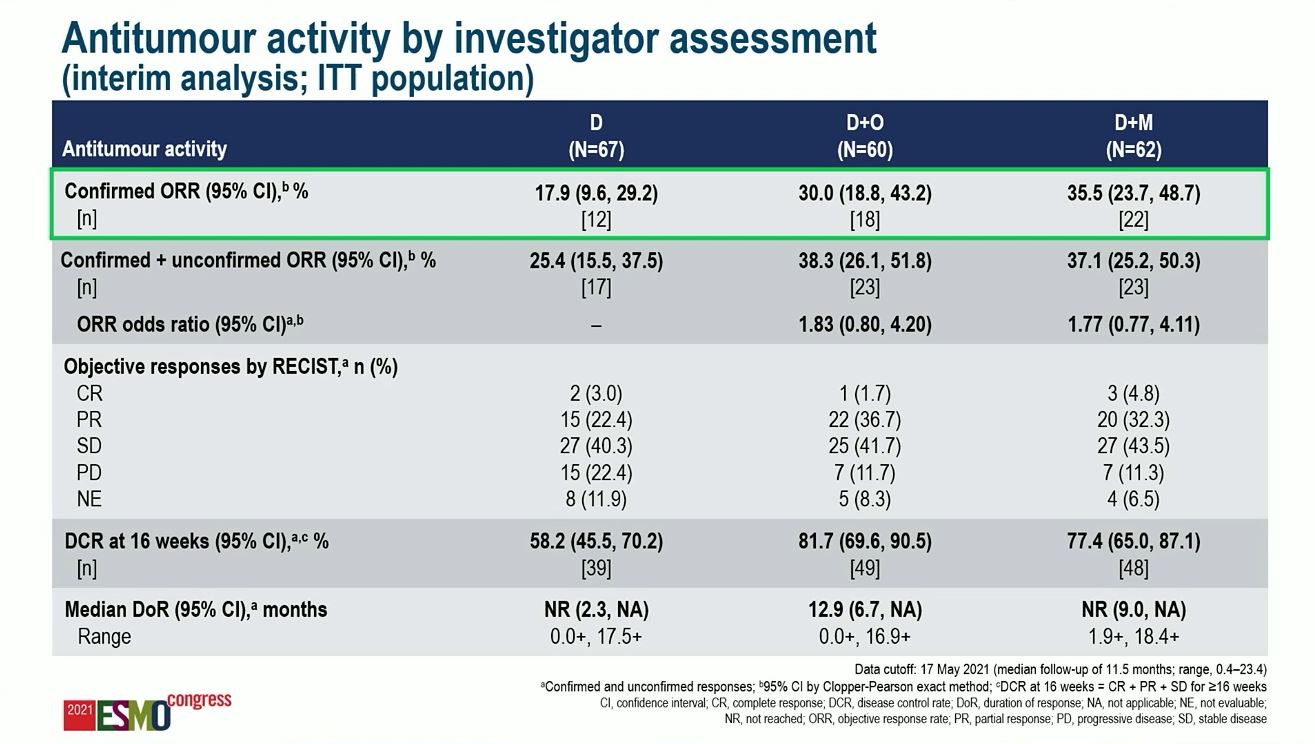 The monalizumab arm was the better of the two combos on ORR, but the oleclumab combo was more impressive on progression-free survival. After a median follow-up of 11.5 months, addition of oleclumab to Imfinzi reduced the risk of disease progression or death by 56%, and addition of monalizumab by 35%, over Imfinzi alone.

On the measure of 10-month PFS rate, however, the monalizumab arm came out ahead, on 72.7% versus 64.8% for the oleclumab combination and 39.2% with Imfinzi monotherapy.

Safety was similar across the trial’s arms with no new signals seen for either combination. Incidence of grade 3 or higher treatment-emergent adverse events was 39.4% with Imfinzi monotherapy, 40.7% in the oleclumab combo arm and 27.9% in the monalizumab combo arm. Grade 3/4 pneumonitis was seen in one patient (1.6%), who received Imfinzi plus monalizumab. 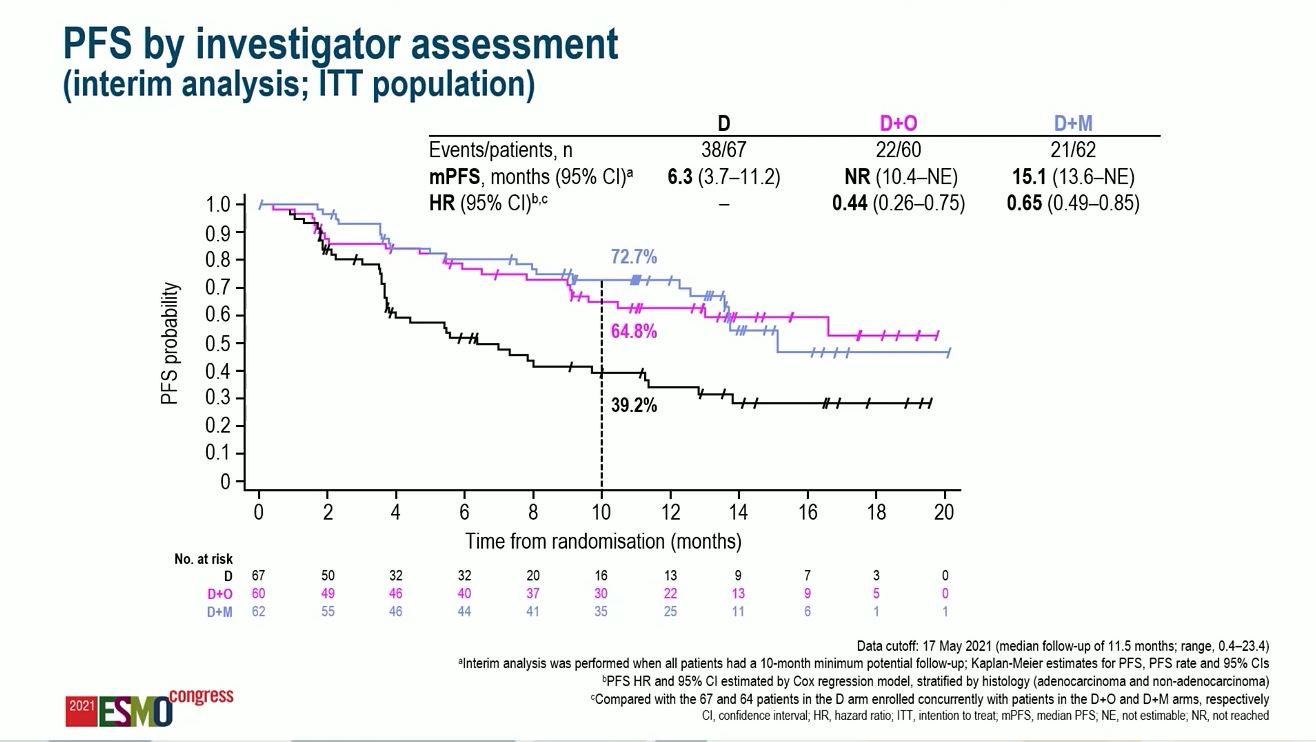 This signals obviously need replicating in larger studies and Astra plans a registrational trial for the two combinations.

But the real winner from Coast was Innate, whose stock jumped 41% on Friday. Innate acquired rights to monalizumab from Novo Nordisk in 2014, and then partnered it with Astra a year later, an agreement that was deepened in 2018 (Astrazeneca asset swap kickstarts Innate's independence, October 23, 2018). According to SVB Leerink analysts, the start of a pivotal trial using the asset could mean Astra making a milestone payment to Innate.

Monalizumab targets NKG2A receptors, expressed on tumour-infiltrating cytotoxic CD8+ T cells and NK cells. The only other project with this mechanism to have reached the clinic appears to be Bristol Myers Squibb’s BMS-986315, which is in a phase 1/2 trial as monotherapy and in combination with Opdivo or Erbitux. The solid tumours study is expected to run until 2023.

As for anti-CD73 MAbs – oleclumab’s category – the pipeline is more crowded. The project itself is in a total of 22 active, early to mid-stage clinical trials, many of which Astra is conducting in combination with Imfinzi.

None of the other anti-CD73s have yet made it past phase 1; Eli Lilly abandoned work on a CD73 inhibitor earlier this year. But the Coast data was enough for some investors: Corvus’s stock more than doubled on Friday, with Arcus, Surface Oncology and I-Mab posting notable gains.