Esmo 2021 – the jury remains out on CDK7 inhibition

Clinical data on Carrick’s samuraciclib and Syros’s SY-5609 show that this mechanism remains a work in progress.

The mechanism Syros and Carrick are championing, CDK7 inhibition, has little competition, with Exelixis apparently its only other clinical exponent. Since Carrick is private and Syros is worth just $325m, the early data might just about be enough to get some investors excited.

Both studies being presented at Esmo test the respective CDK7 inhibitors, Syros’s SY-5609 and Carrick’s samuraciclib, in ER-positive, Her2-negative breast cancer patients who had failed treatment with a CDK4/6 inhibitor.

CDK4/6 inhibition has revolutionised treatment of ER-positive, Her2-negative breast cancer, with Pfizer’s Ibrance, Novartis’s Kisqali and Lilly’s Verzenio available as part of front-line therapy. On relapse, however, options while the cancer retains this genetic type are limited to experimental therapies, though some patients can get Novartis’s PI3K alpha inhibitor Piqray.

Carrick, an Irish company, has reported two partial responses to samuraciclib, including one confirmed, among 24 evaluable patients. Clearly an 8% remission rate is far from overwhelming, though the group cited tumour shrinkage seen in 71% of patients, and said samuraciclib looked particularly promising in women whose cancers did not carry the TP53 mutation that is one driver of breast cancer.

Next up will be a randomised, controlled trial of the project that will test progression-free survival as primary endpoint. Median PFS after relapse on CDK4/6 inhibition is around eight weeks, the presenting authors stated. 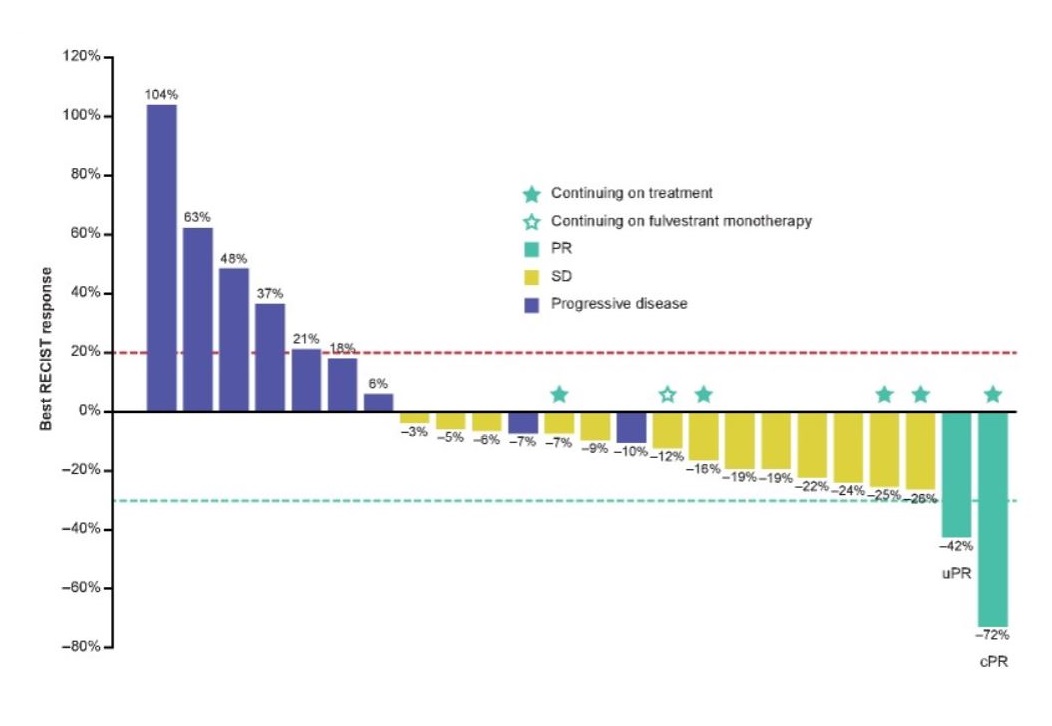 Normally this would be grounds for discontinuing a project, except that the abstract has a relatively early data cut-off of March 26. This strongly suggests that the abstract is a placeholder, and much more mature findings will be revealed at the actual presentation, taking place at Esmo on Monday.

And, since the Monday presentation is at a mini-oral session rather than just in a poster, the bull case is that some positive efficacy signs will be reported. For now all investors have to go on are the 11 stable diseases cited in Syros’s abstract.

According to Evaluate Pharma only one other CDK7 inhibitor, Exelixis’s XL102, is in clinical development. Exelixis last year exercised an option to license this asset out of a collaboration with Dr Reddy's, but it does not feature at Esmo.

Syros has a lot riding on SY-5609, an oral CDK7 inhibitor that was taken forward after an IV incumbent, SY-1365, was discontinued for lack of activity. Initial clinical data with SY-5609 were presented last year, but largely concerned pharmacology, with only one subject, with stable disease, evaluable for efficacy.

Investors now have a nervous wait for Monday’s Esmo presentation.

One big step forward one small step back for hedgehog inhibitors