The world’s first non-implanted vagus nerve stimulator is becoming established as a therapy for headache and migraine. But a move into autoimmune conditions will require knockout data.

Electrical stimulation of the vagus nerve is an established technique for treating conditions including epilepsy and depression, but requires implanted stimulators – expensive, invasive and tightly regulated. The US group Electrocore believes its wholly external vagus nerve stimulator is safer and cheaper than the implants – and the UK’s health economics watchdog, Nice, appears to agree that it might be a cost-effective alternative.

Nice released advice last month suggesting that doctors consider prescribing Electrocore’s handheld device for cluster headache. The briefing is hardly a full-throated endorsement of gammaCore, as the product is known, making no definite recommendations for its use, but could increase uptake of the device in the UK.

The device is roughly the size of a mobile phone. The patient holds the device against the pulse in their neck, since the vagus nerve runs alongside the carotid artery, and switches it on. It emits an electrical pulse that stimulates the nerve in an afferent direction, up into the brain stem, thereby upregulating the neurotransmitters GABA, norepinephrine and serotonin. These are thought to balance out the excitatory neurotransmitters, like glutamate, that cause pain.

“That’s been documented for several decades now with the implantable technologies,” says Electrocore’s chief executive, Frank Amato. “The difference is that we can do it without having the patient go through major surgery or make a rather substantial investment.” He adds that in the US, implanted VNS devices can cost upwards of $30,000, with the cost of the implantation procedure on top.

Electrocore, by contrast, gives its device away. Patients get the device, a supply of conductive gel, and a 93-day activation card for free. If they find that it works, further activation cards – they work a little like mobile phone credit – cost £625 ($807) for three months, or £750 including UK sales tax. These figures come from the Nice document and refer to the UK market; Electrocore declines to discuss pricing in other countries.

gammaCore is already available in Europe and the US for cluster headache and migraine, with the most recent iteration of the device, gammaCore Sapphire, being cleared by the FDA in August. It is mostly used in patients who fail on standard medication with generic triptans, for whom few options exist.

“It works really well in treatment of refractory patients,” says Iain Strickland, Electrocore’s general manager for the UK. “We see about 50% of those patients are getting benefit from gammaCore. These patients are absolutely end-of-the-line – they may have gone on to get surgical interventions had it not been for gammaCore.”

Payers have been quick to cotton on to the device’s potential. Though agreements with pharmacy benefit managers and commercial insurers in the US, Electrocore plans to have coverage for the device for 25% of the 200 million people in the US eligible for coverage, and plans to get that proportion up to 50% by the end of 2019. Medicare does not play much of a role in the company’s plans since migraine mostly strikes women of childbearing age, and cluster headache middle-aged men. 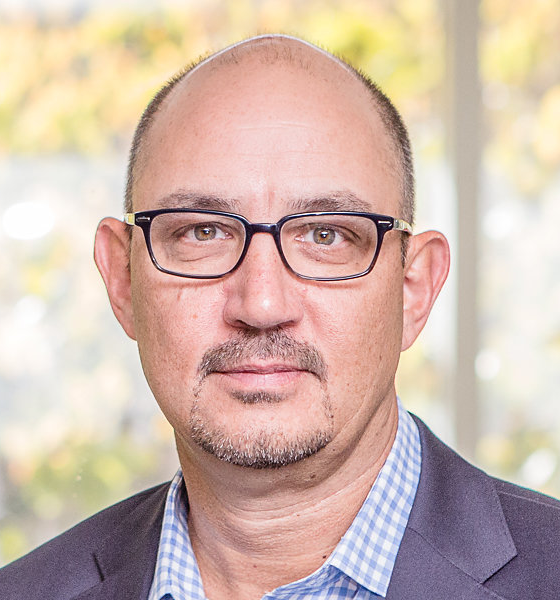 And now Electrocore is moving onto the next phase of development. It hopes to expand gammaCore’s use from the neurological sphere to conditions including rheumatoid arthritis and Sjögren’s syndrome.

“There’s a fair amount of data and mechanism of action work that’s been documented in the past 10-12 years using vagus nerve stimulation in inflammatory conditions,” says Mr Amato. He points to companies including Setpoint Medical and Galvani Bioelectrics as other groups seeking to apply neurostimulation to non-neurological conditions.

A small pilot study in Sjögren’s syndrome was promising enough to prompt Electrocore to start a randomised double-blinded study of gammaCore versus a sham. Around 75% of the of the 40 patients are enrolled so far, Mr Amato says.

“With respect to the other areas in rheumatology, we have run some preliminary blood work in about 60 patients looking at the effect of our therapy on cytokines, and plan to start a pilot study or two,” says Mr Amato. “Either we’ll start enrolling at the end of this year or, likely, in the first quarter of next year in a pilot study in rheumatoid arthritis.”

The pilot trial will look at the effects of the therapy in combination with methotrexate in patients who have incomplete responses to the first-line drug.

Setpoint is further ahead here, having concluded the pilot trial with its VNS implant in RA in 2016, and expecting data from a follow-up US trial in early 2019. But Electrocore might be able to catch up.

“As you would imagine, with a non-invasive therapy we’ll be able to enrol and complete those studies much quicker than a therapy that requires implantation surgery,” says Mr Amato.

Pivotal trials of gammaCore in autoimmune conditions could start towards the end of 2019 in the best-case scenario, Mr Amato says.

And when those report, or perhaps even before, things might get interesting. Neuromodulation and vagus nerve stimulation in particular has long been the subject of much interest from big pharma and medtech: Setpoint is backed by Glaxosmithkline, Medtronic and Boston Scientific, and Galvani is a joint venture between Glaxo and Google’s life sciences-focused sister company Verily.

Mr Amato, whose company counts Merck & Co among its investors, believes that sooner or later these larger groups will pounce on one or more of the up-and-coming companies, though he adds, “When they’ll make a move is really unbeknownst to us”.

He insists that Electrocore is not preparing for a merger or acquisition. “If some someone comes along and wants to try to partner or license or purchase the company I guess that’s a discussion that we’ll have at that time.”

Interview – Galvani wants to get on patients’ nerves