Bayer has responded to its current woes by going all in on cell therapy – a move that, even if successful, will take a long time to pay off.

As Bayer’s disastrous purchase of Monsanto continues to bite, the German company has taken action to show that it is still interested in innovative therapies. The problem is that its latest move – buying up the portion of Bluerock Therapeutics that it did not already own – does not look like solving Bayer’s issues any time soon.

Today’s up-front bet on the stem cell specialist Bluerock is, at $240m, small change to Bayer. But the total the German group has now spent on its target looks rich given Bluerock’s preclinical-stage pipeline and focus on the risky neuroscience field.

Bluerock’s lead project, which aims to replace the dopaminergic neurons that are lost in Parkinson’s disease, is set to enter the clinic by the end of the year. 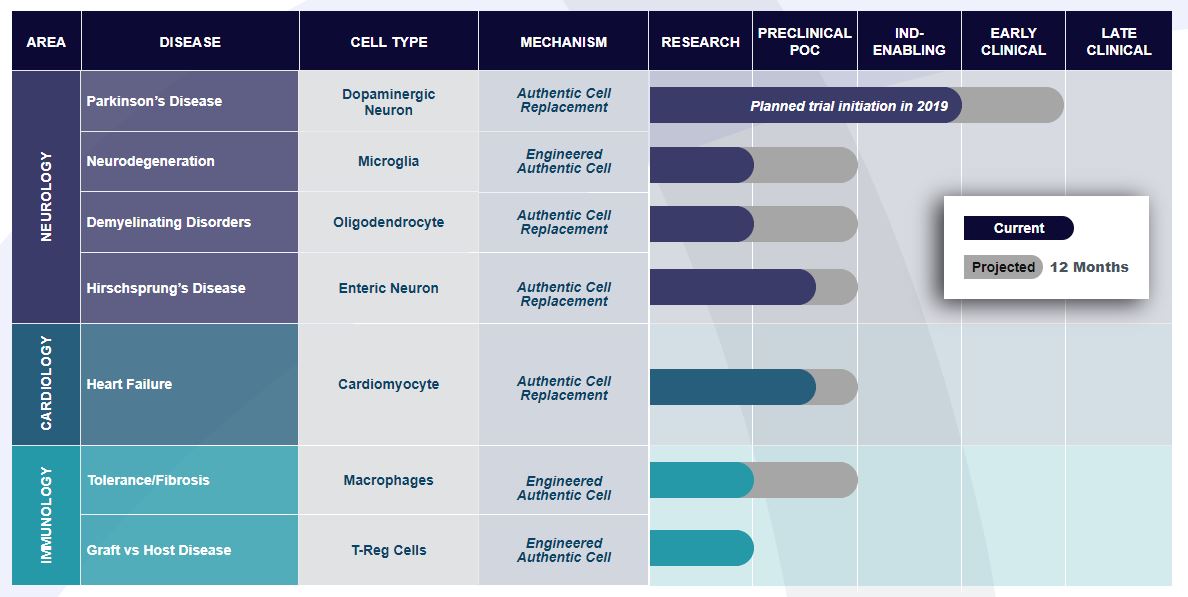 At least Bayer should be completely familiar with Bluerock’s approach – the bigger group has been an investor since 2016, when it established Bluerock along with Versant Ventures (Bayer and Versant’s big bet on stem cells, December 12, 2016).

At the time, Bluerock’s most advanced asset was a stem cell therapy aimed at “remuscularising” damaged tissue in patients with chronic heart failure or following myocardial infarction. This project is still in Bluerock’s pipeline; it is unclear why it has been overtaken by the Parkinson’s candidate.

Bayer has obviously seen enough to pull the trigger now rather than waiting and risking having to shell out more later. Still, including $360m in potential milestones and Bayer’s previous 41% stake in the group, the latest deal puts Bluerock’s valuation at $1bn.

This is not exactly cheap given the poor track record of other stem cell hopefuls; most recently Sanbio's SB623 flunked a phase II trial in stroke in January.

Bayer has expressed a preference for early-stage deals, a stance it reiterated to Vantage during its annual press conference this year. However, this is little consolation to investors who want to see the company plug the gaps that will be left by its current blockbusters, Xarelto and Eylea, in a few years’ time (Bayer holds its nerve as patent cliff approaches, February 28, 2019).

The German company’s stock is trading close to five-year lows, mostly as a result of the Monsanto purchase and the ensuing legal battles over that company’s Roundup weedkiller. Bayer’s chief executive, Werner Baumann, lost a vote of no confidence in April, and fresh calls to split up the German conglomerate appear to be getting louder.

If the move for Bluerock pays off Bayer could be sitting on a goldmine. But this is a very long shot and, even if Bluerock’s stem cells fulfil their promise, the current Bayer management will probably not be around to reap the rewards.

Kiadis makes nothing into €325m

Merck coughs up for Afferent