Apple takes a bite out of Alivecor

Apple has obtained its first FDA clearance, putting the Apple Watch on the same footing as Alivecor’s KardiaBand – but the smaller group is fighting back.

The long-awaited FDA clearance for an electrocardiogram app that runs on the Apple Watch has materialised, enabling the trillion-dollar company to market the Watch as a medical device, albeit an over-the-counter one.

The news is dismal for the much smaller company Alivecor, which got FDA clearance last year for an ECG device mounted on an Apple Watch strap. Customers will now have little reason to buy one of Alivecor’s KardiaBand devices. But Alivecor is developing a new application for its software: it has just obtained FDA breakthrough device status for a product that can detect hyperkalaemia using ECG data.

Apple announced two new tricks with its Watch yesterday: an ECG app and a notification function that alerts the user if they have an irregular heart rhythm such as atrial fibrillation (AF). These are precisely the uses for which KardiaBand is approved (Apple goes medical with KardiaBand approval, December 1, 2017).

A study that reported in March found that KardiaBand detected AF with accuracy comparable to doctors interpreting the same heart traces. But use of the device has not yet been shown to prevent serious events such as stroke; AF is not necessarily dangerous in itself, but it is associated with increased risk of conditions including stroke, heart failure and dementia. 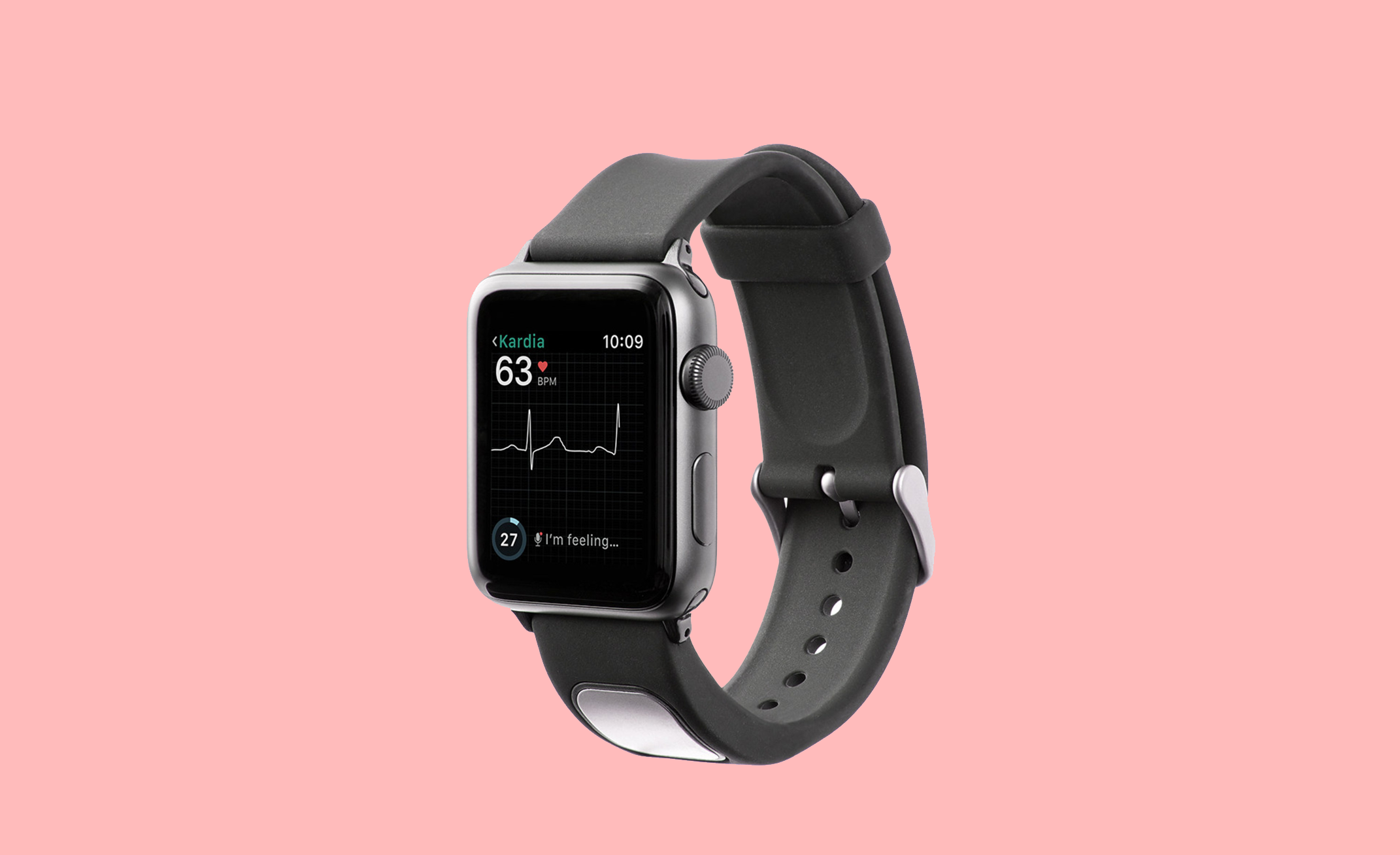 A third-party app on the Apple Watch has also been shown to detect AF reasonably well; compared with the gold standard diagnostic method, 12-lead ECG, Cardiogram showed sensitivity of 98.0% and specificity of 90.2%. Cardiogram is not cleared by the FDA, and is separate from the newly cleared Apple programme, for which no accuracy data seem to be available. Neither this nor the official Apple app have been shown to prevent stroke or other hard endpoints.

Even so, Apple has pretty much destroyed the market for KardiaBand; no one will buy a $200 Apple Watch accessory to do something the Watch itself does.

Just as well Alivecor is moving on to something else, then. The FDA has designated the group’s KardiaK software a breakthrough device for the detection of high potassium levels in the blood. If approved, it would be the first means of diagnosing hyperkalaemia without requiring a blood draw.

Instead, the company says, KardiaK uses a deep neural network to analyse the patient’s ECG. Patients with hyperkalaemia can have slow heartbeat and weak pulse.

In March Alivecor released data from a study that used more than two million ECGs linked with four million serum potassium values collected between 1994 and 2017. The results showed that its algorithm was able to detect hyperkalaemia from heart traces with sensitivity of 90-94%.

The FDA will now fast-track KardiaK. If it is approved, patients with chronic kidney disease will be able to use it to monitor their potassium levels and seek treatment if these are dangerously high.

The question for Alivecor is whether its ECG analysis technology is more resistant to copying by Apple than the ECG itself.

Medtronic builds on its pulmonary legacy