With only £35m ($46m) in the bank, Acacia Pharma will have to hope that the reasons behind the US complete response letter for its lead project, Barhemsys, are as benign as they appear. Acacia stressed that the rejection, which involved issues at its unnamed contract manufacturer, had nothing to do with quality or manufacturing problems, or clinical safety or efficacy concerns. The company also said the knockback should not stop it launching Barhemsys in the first half of next year for post-operative nausea and vomiting, as planned. But investors in the recently listed UK company were not convinced, sending its stock down as much as 25% today. And a spokesperson admitted that Acacia had yet to clarify its next steps with the FDA, owing to today’s US public holiday. He would not disclose the exact issues with the contract manufacturer, except to say these stemmed from a pre-approval inspection that both the manufacturer and Acacia believed had been addressed before Friday’s CRL. Acacia will need to raise another £75m between now and 2020, Edison analysts have estimated – something that will prove difficult if the Barhemsys delay drags on. 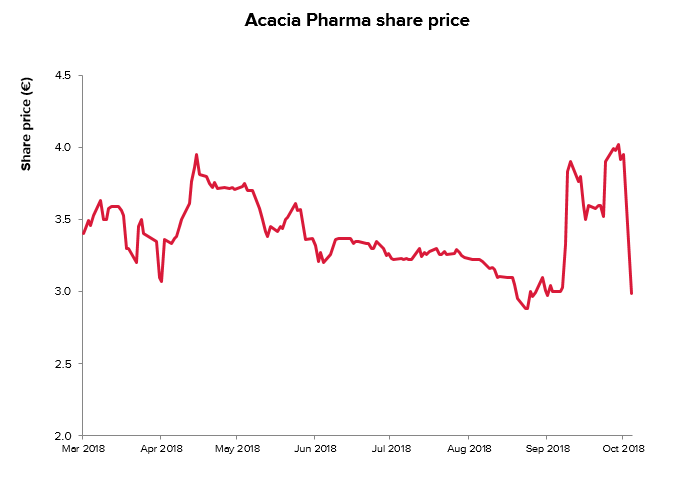