Alpine gets validation from Abbvie

Abbvie wants to bolster its lupus game, and in the process has given Alpine Immune Sciences its first big pharma vote of confidence. Alpine is a Seattle-based biotech focused on antibodies against novel immune system targets, or novel ways of hitting known targets, run by Mitchell Gold, the former chief exec of the now-defunct cell therapy company Dendreon. Today’s deal with Abbvie gives Alpine $60m up front for an option over ALPN-101, a CD28/Icos antagonist MAb that had been positioned against autoimmune diseases, and had shown tolerability in a volunteer study. Abbvie now wants to pit it against systemic lupus erythematosus, but Alpine will first have to fund a phase II study; the biotech could get another $75m in milestones before a formal deal is signed, a move that would trigger a $75m exercise fee. Abbvie’s BTK inhibitor ABBV-105 is in phase II in lupus, but the Ablynx-derived vobarilizumab failed. Orencia, which acts on CD28, and the Icos ligand blocker prezalumab had unsuccessfully been studied in the disease, but Alpine says ALPN-101 is a potentiator rather than just a dual blocker of these pathways. Alpine, which listed by reverse merger in 2017, saw its stock open up 170%. 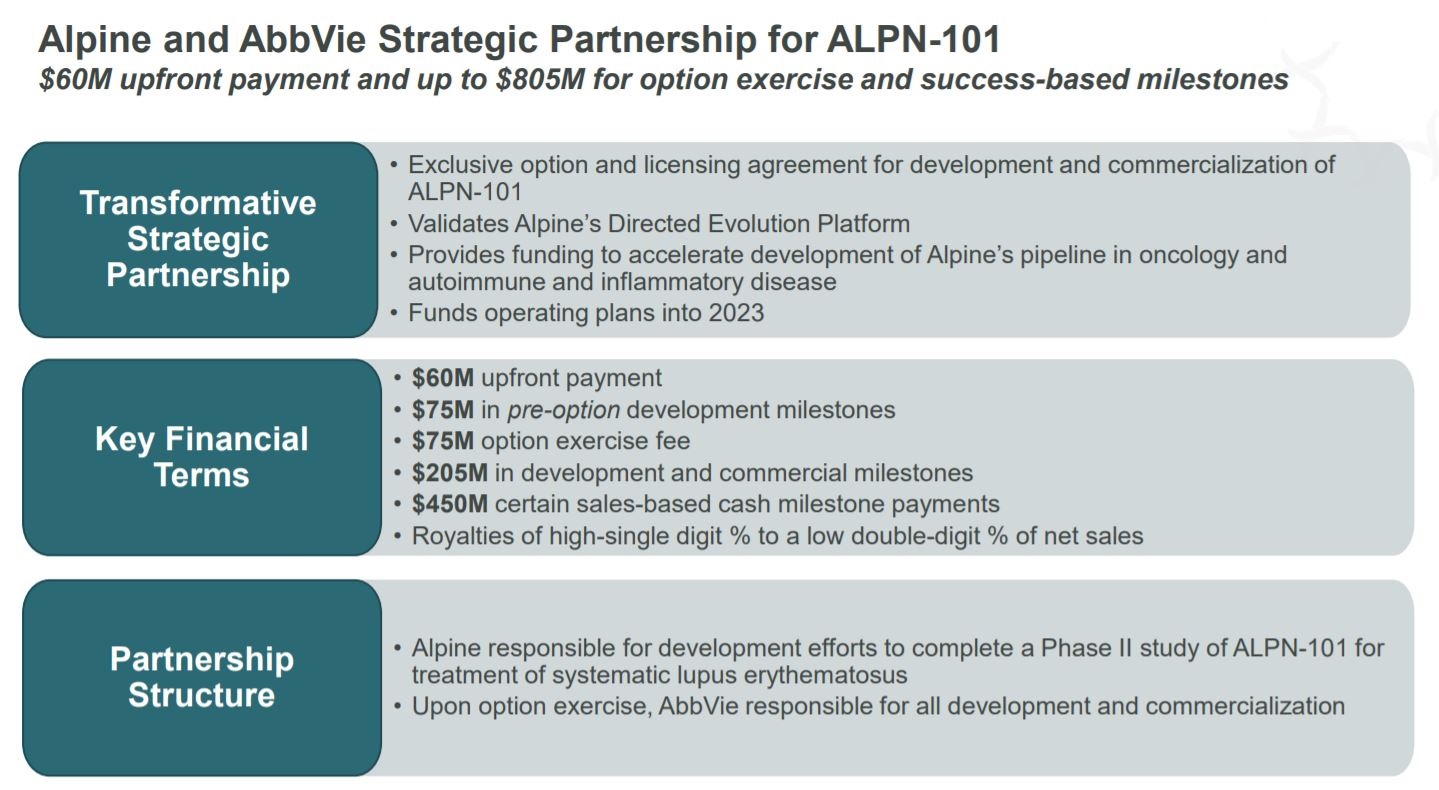 J&J breathes some more life into plamotamab and CD28