Arrowhead moves to close the gap with Merck’s Peloton

Arrowhead has tried to bounce back after a tough time on the markets on Friday, revealing the first data on a rival to a Merck & Co project bought for $1.05bn. Arrowhead’s ARO-HIF2 is an RNAi therapy against HIF-2α, and this morning the group said a dose-finding phase 1 study was showing early signs of efficacy. Among 17 third-line or later clear cell renal cell carcinoma (RCC) subjects there has been one partial remission at dose level two, with a third dose now enrolling. Seven of nine evaluable patients have shown HIF-2α reductions of -9% to -82%; the mean of these reductions was -48%. Meanwhile, Merck’s belzutifan appears to be the industry’s only other clinical-stage HIF-2α inhibitor, having been acquired in the group’s $1.05bn purchase of Peloton. Belzutifan has been filed, with a September 15 action date, for front-line Von Hippel-Lindau disease-associated RCC on the basis of a 36% overall remission rate in a phase 2 trial, and an update at this year’s Asco showed the ORR rising to an impressive 49%. Arrowhead is clearly lagging behind, but its early data show ARO-HIF2 doing what it is supposed to, with room to be dosed higher. 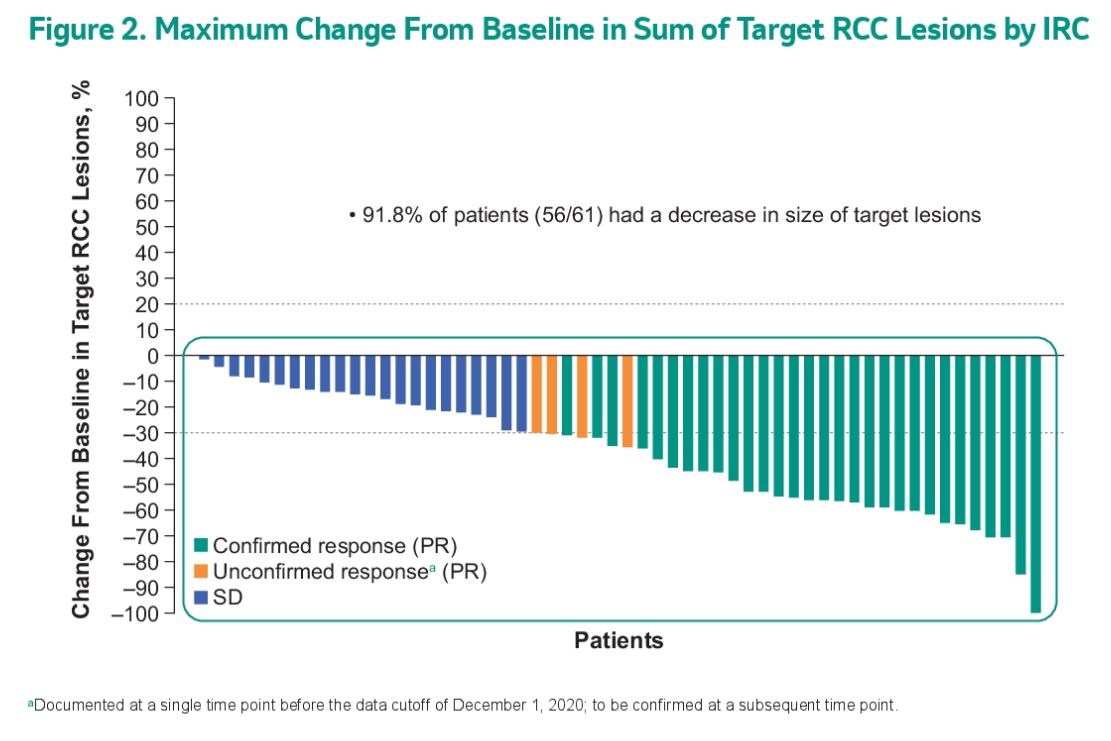