The final overall survival analysis of Aveo Oncology’s Tivo-3 trial of its VEGF inhibitor tivozanib has yielded deeply unconvincing results. The trial, comparing tivozanib versus Nexavar in third-line renal cell carcinoma, has come up with a hazard ratio of 0.97 according to data presented at Asco today. This is a sliver better than November’s 0.99 interim figure, which was in turn an uptick from the initial 1.12 reported last July. The crucial point, however, is that median OS favours Nexavar, the figures at the final analysis being 16.4 months for tivozanib and 19.2 months for Bayer’s drug. The data have been added to Aveo’s US regulatory filing, with the company presumably hoping that the late separation in the survival curves, along with the hit on progression-free survival, might persuade the FDA to give its blessing. A potential FDA rejection is only one cloud on the horizon: previously the EMA has said it might consider pulling the drug off the European market should Tivo-3’s final OS analysis come out negative. Perhaps it is this threat that has scared off investors: Aveo’s stock is down 14% in early trade. 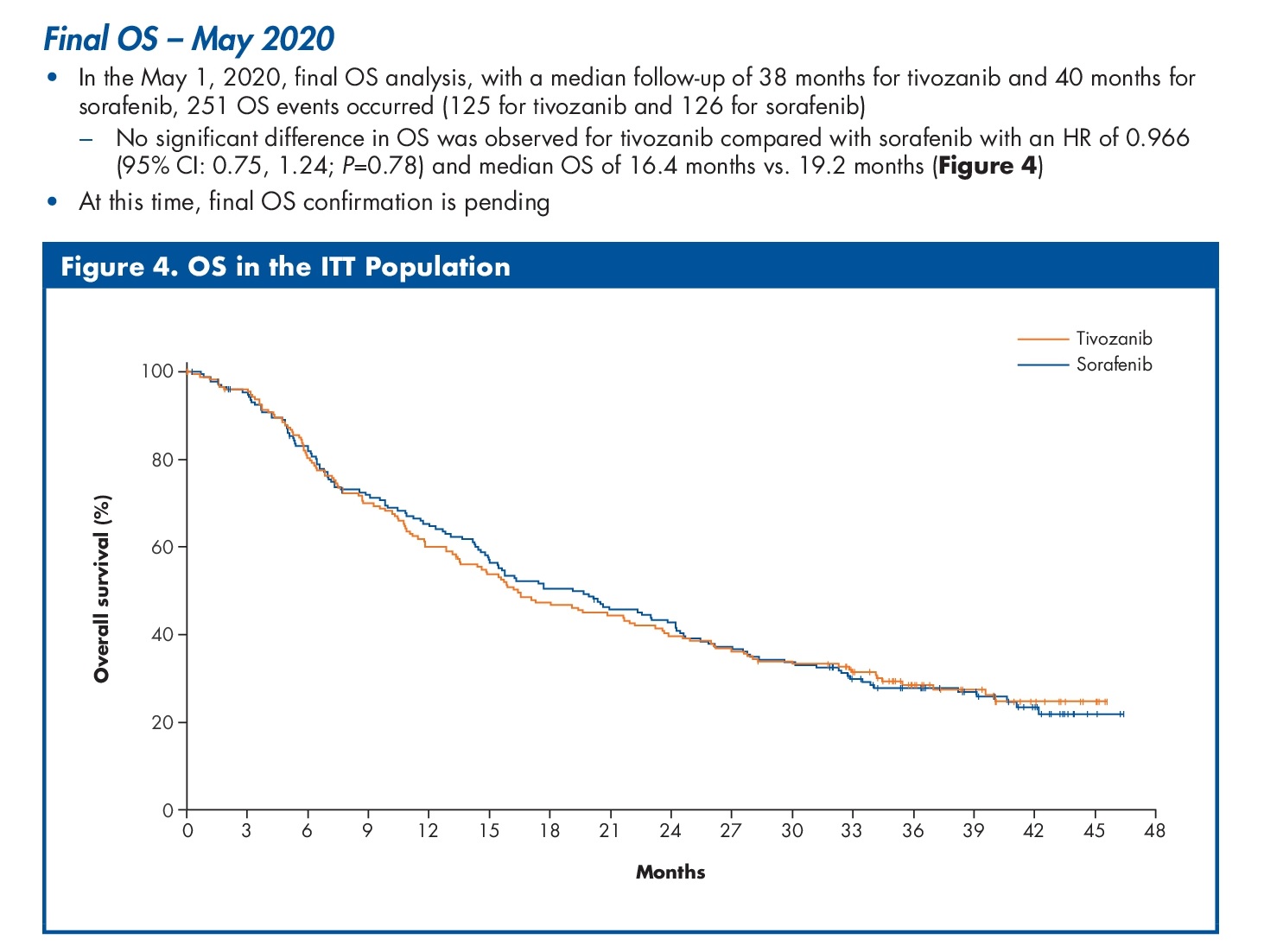 With Inlyta out of the picture, Votrient has first-line prize in its sights