Asco 2021 – Alpine hopes to banish the ghost of Tegenero

The notorious 2006 blow-up of a phase 1 trial of Tegenero’s CD28-agonist MAb TGN1412, in which volunteers suffered severe inflammatory reactions, has cast a long shadow. 15 years later Alpine Immune Sciences is hailing early data with ALPN-202 as evidence that CD28 can, after all, be hit safely. ALPN-202 is a protein inhibiting PD-L1 and CTLA-4, as well as co-stimulating CD28, its premise being that just removing the immune system brake is not enough, and T cells need an additional signal. Today’s Asco presentation of the Neon-1 trial concerns 23 on average fifth-line subjects with various cancers, and shows just one partial response, in ovarian/fallopian tube cancer, that relapsed 40 days later. The much better news is ALPN-202’s relative safety, with only one related grade 3 toxicity despite evidence of maximal CD28 co-stimulation at most doses. While Alpine claims this to be the first demonstration that clinical CD28 agonism can be safely achieved for cancer immunotherapy, many successful Car-T projects also use CD28 co-stimulation, so perhaps Alpine is simply repeating this trick with an antibody-like approach, and with endogenous T cells. This is a promising start, but stronger efficacy data are still needed. 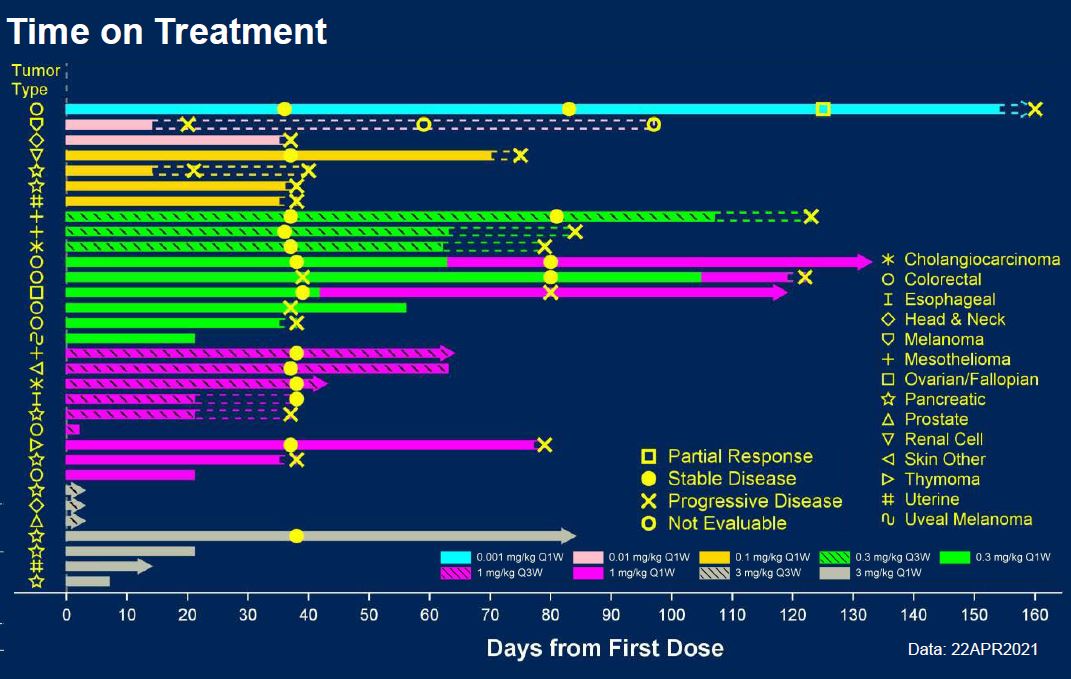