Chalk up another poor Ash meeting for Spark Therapeutics. An update from a phase I/II study of its haemophilia A gene therapy candidate SPK-8011 has increased skepticism about the highest dose and suggested why the company had been unwilling to reveal detailed data from this cohort. Spark had said before Ash that it would not present detailed data from the highest dose of SPK-8011, 2x1012vg/kg, and had also said that two patients in the high-dose group had a suspected capsid immune response that led to loss of factor VIII expression. Presumably this made efficacy in the seven-patient arm look poor; in an apparent attempt to talk up the data the company did say that in the other five patients in this arm there had been a 100% reduction in bleeds. Immunogenicity has long been a concern with SPK-8011, and Spark had previously said it would address this by expanding the high-dose arm to include prophylactic steroids rather than using steroids reactively, as before. But the latest update will only increase investor jitters ahead of readout in mid-2019 – particularly as, around the same time, Spark’s haemophilia A gene therapy rival Biomarin is due to report three-year data with its candidate, valoctocogene roxaparvovec (valrox). 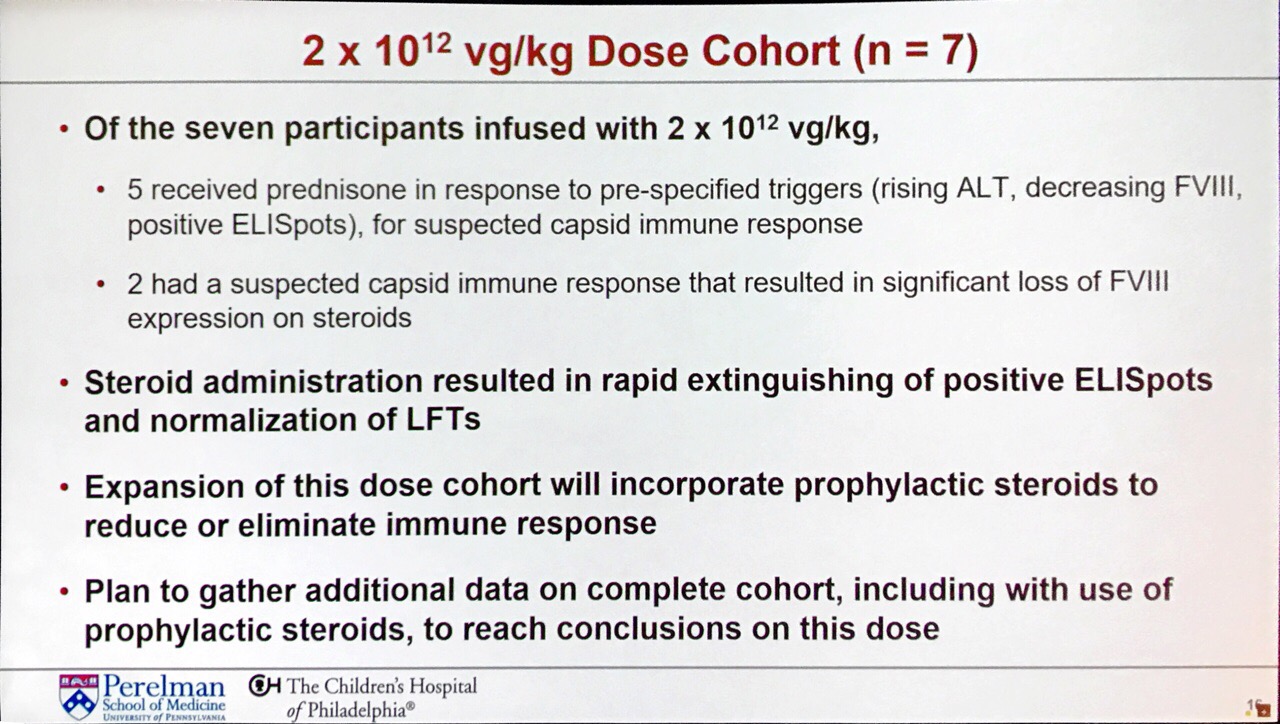 A Spark for gene therapy in the US