The design of Axsome’s Stride-1 study should have stacked the odds in favour of its success in treatment-resistant depression (TRD), but underpowering seems to have scuppered the result. Stride-1 pitted AXS-05, a combination of the antidepressant bupropion and the cough suppressant dextromethorphan, against bupropion alone. Patients were required to have an inadequate response to bupropion during the lead-in period, which should have been a near-certain way of achieving zero response in the control group. Despite this, the 312-patient study missed the primary endpoint of change in MADRS score at week six. Axsome was keen to point out the rapid onset of action and the statistical significance at weeks one and two, and on a conference call today Professor Maurizio Fava, a key opinion leader who receives research funding from Axsome, noted that significance was lost because of standard deviation, which a bigger sample size could have mitigated. A second study in the same indication is expected to start in the third quarter, and while Axsome has not indicated how large this trial will be it said the next study could be placebo-controlled. Axsome’s shares were down 12% in early trade today. 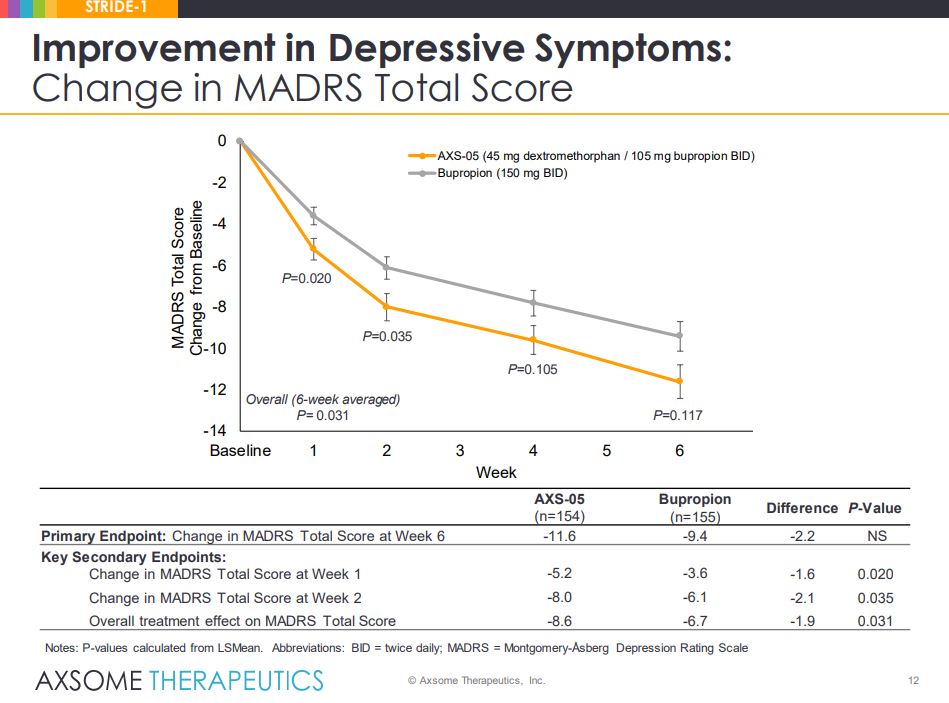 Axsome advances in agitation, but confirmatory study is still needed