Going up against Pfizer was always going to be tough. Concert Pharmaceuticals’ stock dropped 6% this morning despite promising signs from a mid-stage trial of its Jak inhibitor CTP-543 in alopecia, at least at the highest dose tested so far. Investors were concerned about CTP-543’s apparently slower onset than Pfizer’s rival Jak inhibitor PF-06651600, and on a conference call today Concert executives put this down to the phase II study of the Pfizer project using a loading dose during the first month that might have “jumpstarted” efficacy. CTP-543 appears to be effective at 8mg twice daily, but not at the 4mg twice-daily dose. The trial also has a 12mg twice-daily arm, but results from this will not be available until the third quarter of 2019. Concert will then decide which dose to take forward, and safety might be key. So far the company said there had been no cases of thrombosis, a worry with the Jak inhibitors, particularly those that target Jak2 such as CTP-543. If the 12mg dose improves efficacy but comes with a safety penalty, Concert’s value could shrink further. 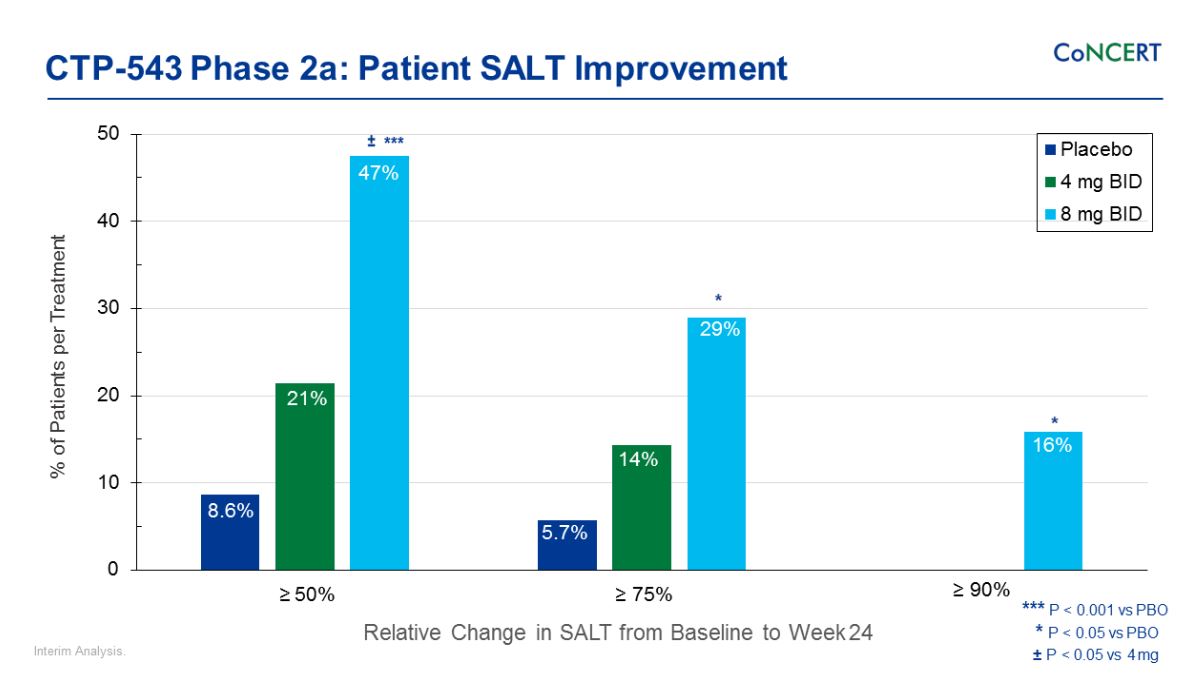 Aclaris’s alopecia Jak might not be worth its Salt

Concert out of tune after patent stumble