Dermira delivers it to Dupixent

“The best outcome we could have hoped for” is how Dermira executives described phase IIb data with the atopic dermatitis project lebrikizumab this morning, and investors appeared to agree: shares almost doubled in early trade, putting the group's valuation at $570m. Results suggest that the company’s IL-13 antibody has similar efficacy to Sanofi/Regeneron’s blockbuster Dupixent, but with a more convenient dosing schedule. On some safety and tolerability measures, like rates of conjunctivitis, lebrikizumab looks better. All of this needs to be confirmed in a pivotal study, of course, and Dermira plans to start such a trial before the end of the year. Results could emerge in late 2021, by which time Dupixent is expected to be selling $3bn in atopic dermatitis, or severe eczema; for any chance of seriously competing with such a successful product Dermira needs subsequent trials to be equally impressive. In the phase III study of lebrikizumab the company hopes to show that patients can be moved from a two-weekly loading schedule to a maintenance phase of injections every four weeks. Lebrikizumab has a chance of emerging as “best in category”, executives maintain. Watch out Sanofi and Regeneron. 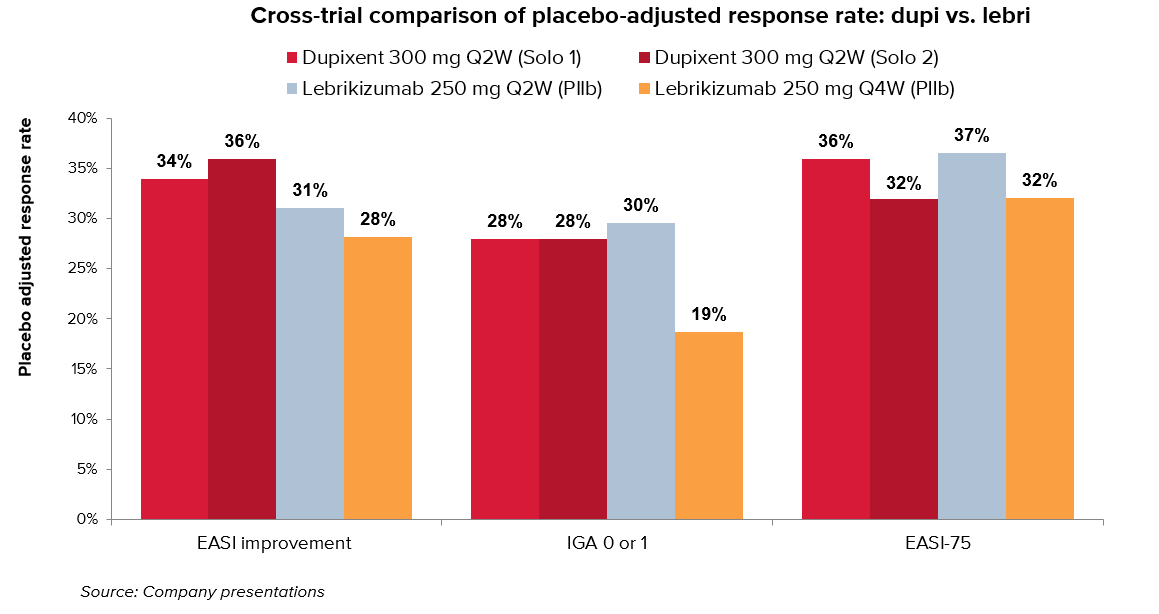