Encouraging but early is surely the extent of the conclusions one can draw from Vertex and Crispr’s data today, in the first two patients to be treated with CTX001. The Crispr/Cas9 gene editing therapy is being studied in sickle cell and beta thalassaemia; two patients with severe cases of these diseases were infused earlier this year, and successfully achieved platelet engraftment. Four months after infusion the sickle cell subject was free from vaso-occuslive crises, while the beta thalassaemia patient was transfusion free nine months after; haemoglobin levels have risen markedly in both. The treatment was not free of toxicities, though serious adverse events were blamed on the busulfan conditioning and stem cell transplant procedures. Notably, Vertex struck a deal yesterday to search for novel conditioning regimes. CTX001 data had been expected to feature at the upcoming Ash conference, where instead the ability of Sangamo/Sanofi's ST-400 to challenge Bluebird's Lentiglobin will be the focus in sickle cell disease. Much more data are needed to assess CTX001's chances. Nevertheless, Crispr shares surged 23% in early trade, though with a market cap now close to $4bn and data in only two patients a takeover move by Vertex would be very surprising. 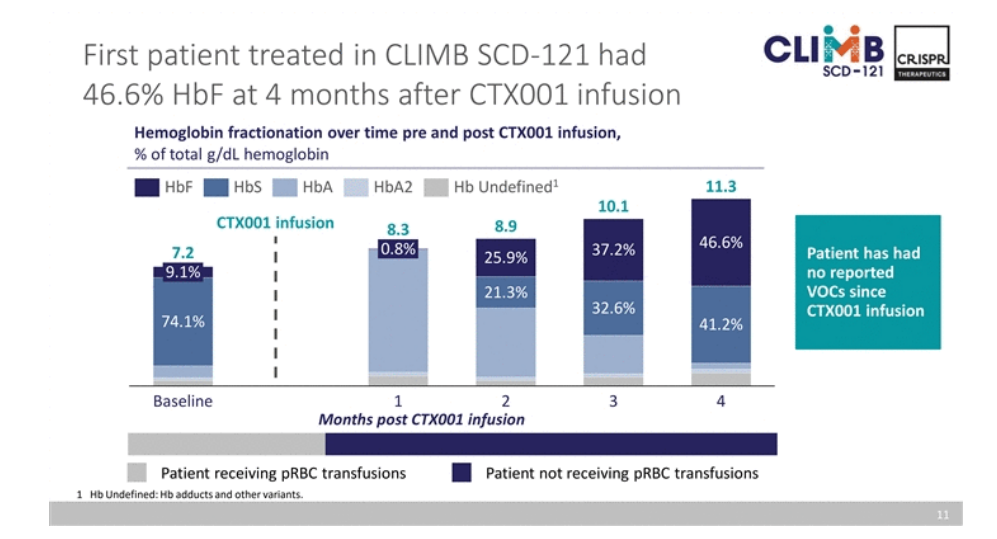 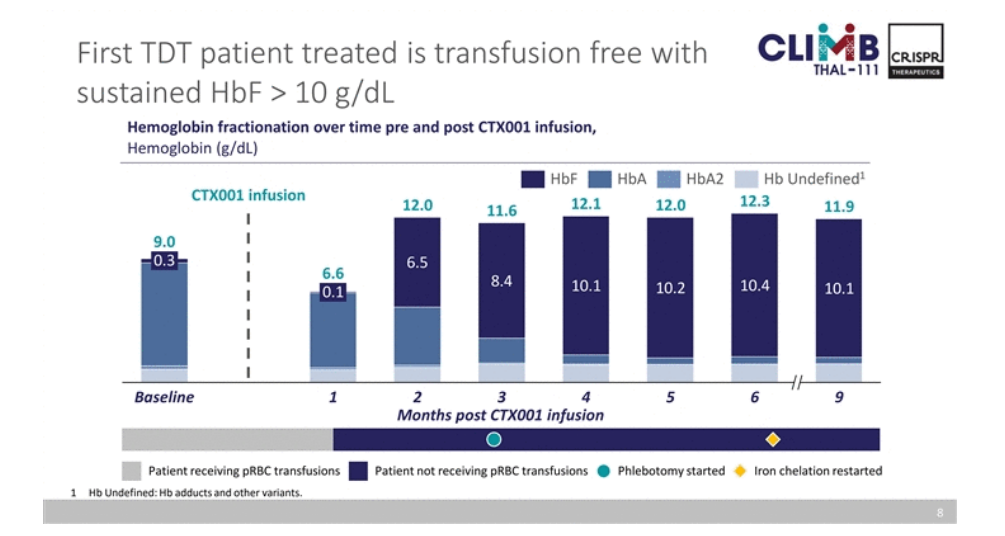 A big year for sickle cell