End of an era for Humira – in Europe at least

As the engines of biosimilar delivery lorries start revving across Europe today - several companies are poised to take advantage of the lapsed EU patents protecting Abbvie’s mega-blockbuster Humira - it is worth recalling just how commercially successful this anti-TNF antibody has been. Up to the end of last year the treatment for various autoimmune conditions had generated $116.1bn in cumulative sales, a figure only beaten by Lipitor’s record (The mega-blockbusters – biologicals dominate biopharma’s hall of fame, March 8, 2018). The loss of brand protection in Europe will be painful for Abbvie, but the region is far from the most important for the franchise: pre-patent expiry EU sales accounted for less than a fifth of Humira’s global sales, which are forecast to reach an eye-watering $20.7bn this year. Five biosimilars makers have won approval for copycat products in Europe, and Abbvie has said it is prepared to compete on price to protect its market share; branded sales are expected to drop by around 20% in the first year. Cost competition is set to arrive in the US in 2023, and this is when Abbvie will really feel the pain. 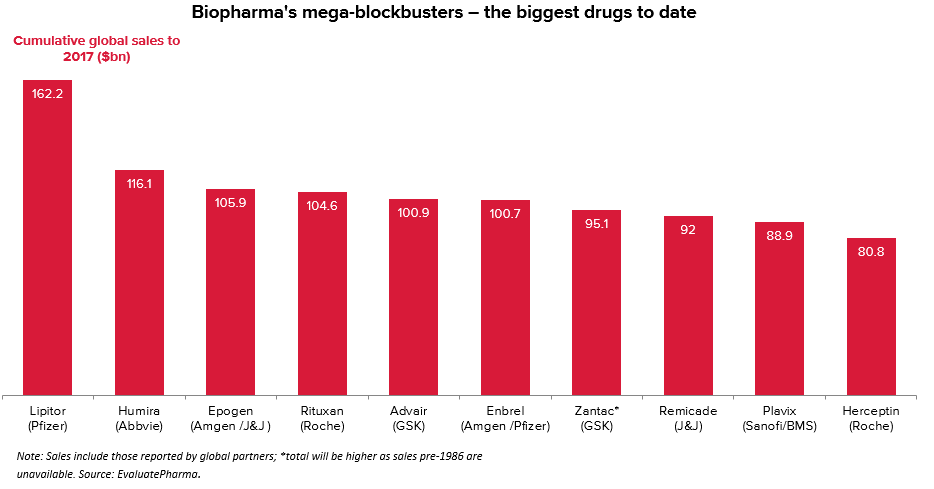 Abbvie manoeuvres to defend Humira to the last