Investors who bought into Immune Design at just about any point before the failure of its cancer vaccine CMB305 in late 2017 will not be pleased by today’s $300m takeout by Merck & Co. But those who took a gamble on the group since then will see a handsome profit. The transaction values Immune Design at $5.85 a share, a 300% premium over Wednesday’s close of $1.42. Setbacks with CMB305 have weighed heavy on Immune Design’s shares: in October 2017 the company revealed that the FDA would require a larger than expected phase III trial, causing shares to plunge. A year later Immune Design ditched CMB305 and pivoted to G100, a TLR4 agonist, extending its cash runway by six months, to early 2021. The relatively inexpensive takeout looks like a low-ball bet by Merck to extend its immuno-oncology franchise; G100 is already being combined with Keytruda. The deal could also fuel the hopes of investors in other groups that similarly floated in the midst of the biotech bubble and have come off lofty valuations; these might now also be seen as takeover targets. 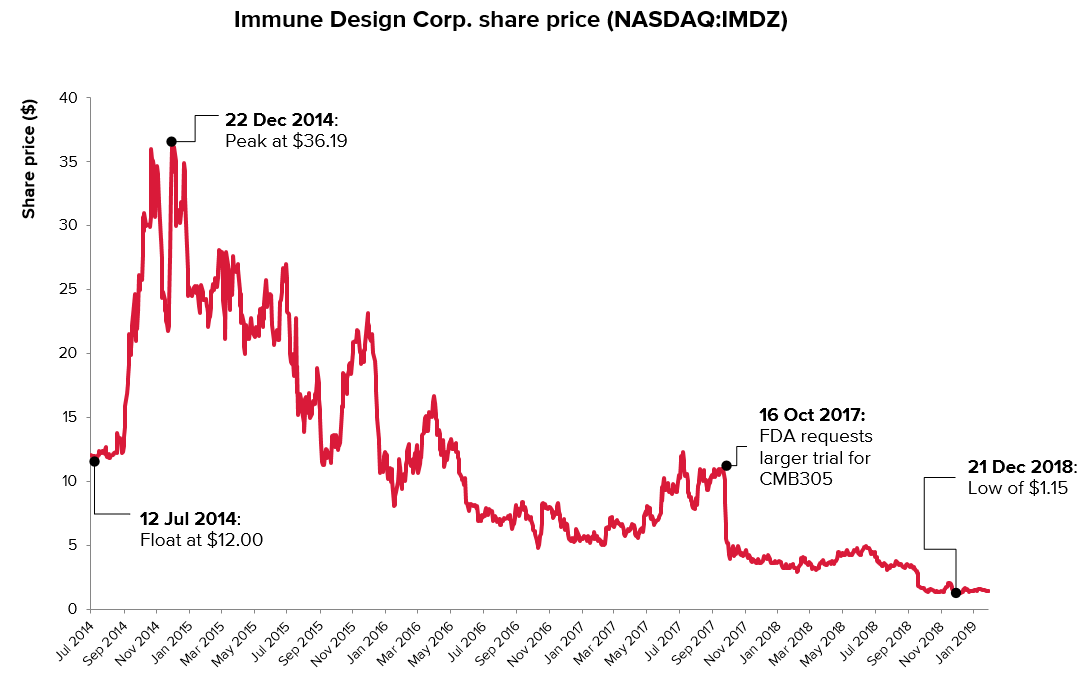