A 62% share price rise on data in healthy volunteers normally sounds like an overreaction. But if Fulcrum Therapeutics can replicate today’s findings with FTX-6058 in sickle cell disease patients, a higher valuation might be justified. The first clinical data revealed on its embryonic ectoderm development inhibitor showed a dose proportional induction of haemoglobin mRNA as well as increases in foetal haemoglobin (HbF)-containing F-reticulocytes. The highest dose studied, 10mg for two weeks, caused a 4.5-fold increase in HbF expression on average; a two-to-three-fold HbF induction could be clinically meaningful. The same dose also caused a 4.2-fold increase in F-reticulocytes, suggesting that the haemoglobin mRNA increases are translating to HbF protein production. Fulcrum posted data suggesting that ’6058 was on a par with CTX001, Crispr Therapeutics’ sickle cell gene therapy, in terms of HbF induction – but these were taken from preclinical studies. If Fulcrum’s project can match gene therapy it would have a major advantage, being a relatively cheap oral drug. But that is a long way off. These biomarker findings must be replicated in patients, at longer time points, and show tangible benefits on hard clinical endpoints if FTX-6058 is to be taken seriously as a therapy. 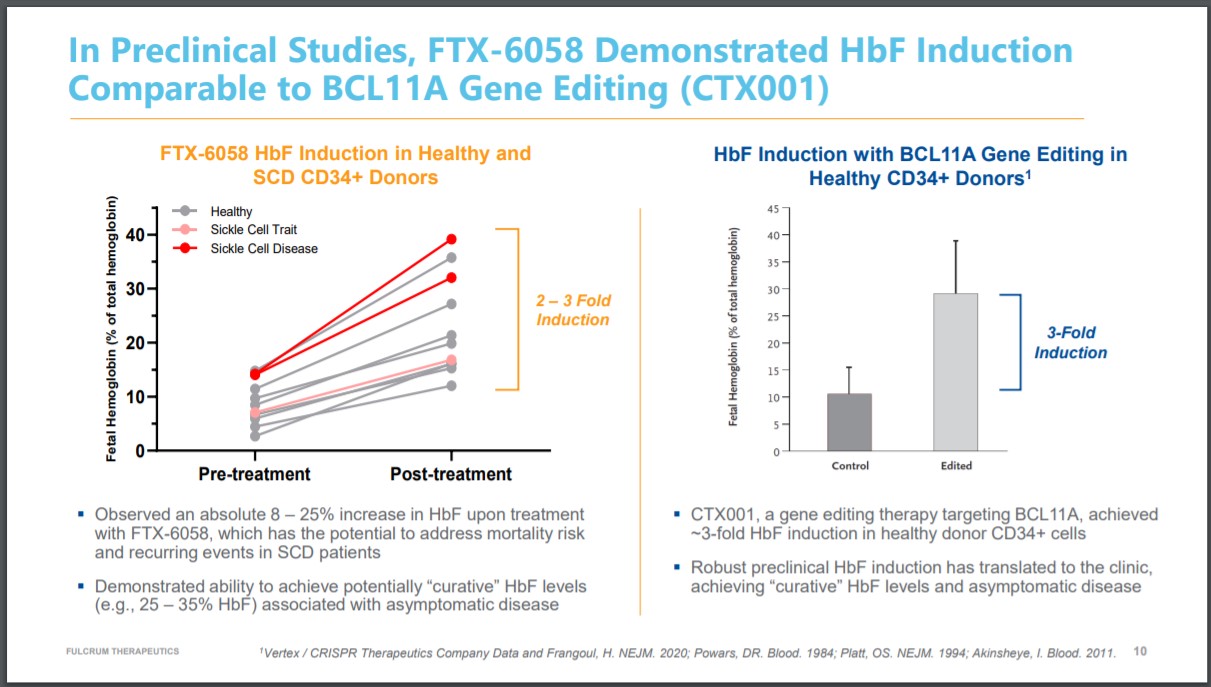