If Glaukos is to be believed, it has bagged a bargain by picking up its fellow eye device developer Avedro in an all-stock deal worth around $500m. However, the companies’ claim that Avedro’s therapies could address a $23bn market seems far-fetched right now. The group’s marketed product, a drug-device combination for the rare disease keratoconus, brought in $10.3m in the second quarter, while its Pixl system for presbyopia, which could become much bigger, is still in phase II. Still, Avedro is expanding fast, with revenues up 63% year-on-year, and Glaukos, which specialises in micro-stents for glaucoma, looks in need of a growth injection. Despite upping its 2019 guidance slightly when it reported second-quarter earnings yesterday, Glaukos’s growth trajectory is expected to slow soon, with Stifel analysts predicting North American sales expansion of just 12% in 2020. The analysts questioned why Glaukos did not pull the trigger on Avedro before the latter went public in February, when it might have been cheaper. The deal could also raise questions about Glaukos’s pipeline; its most important project, iDose, is currently in phase III. Glaukos’s stock fell 4% yesterday and dropped another 8% in premarket trading today. 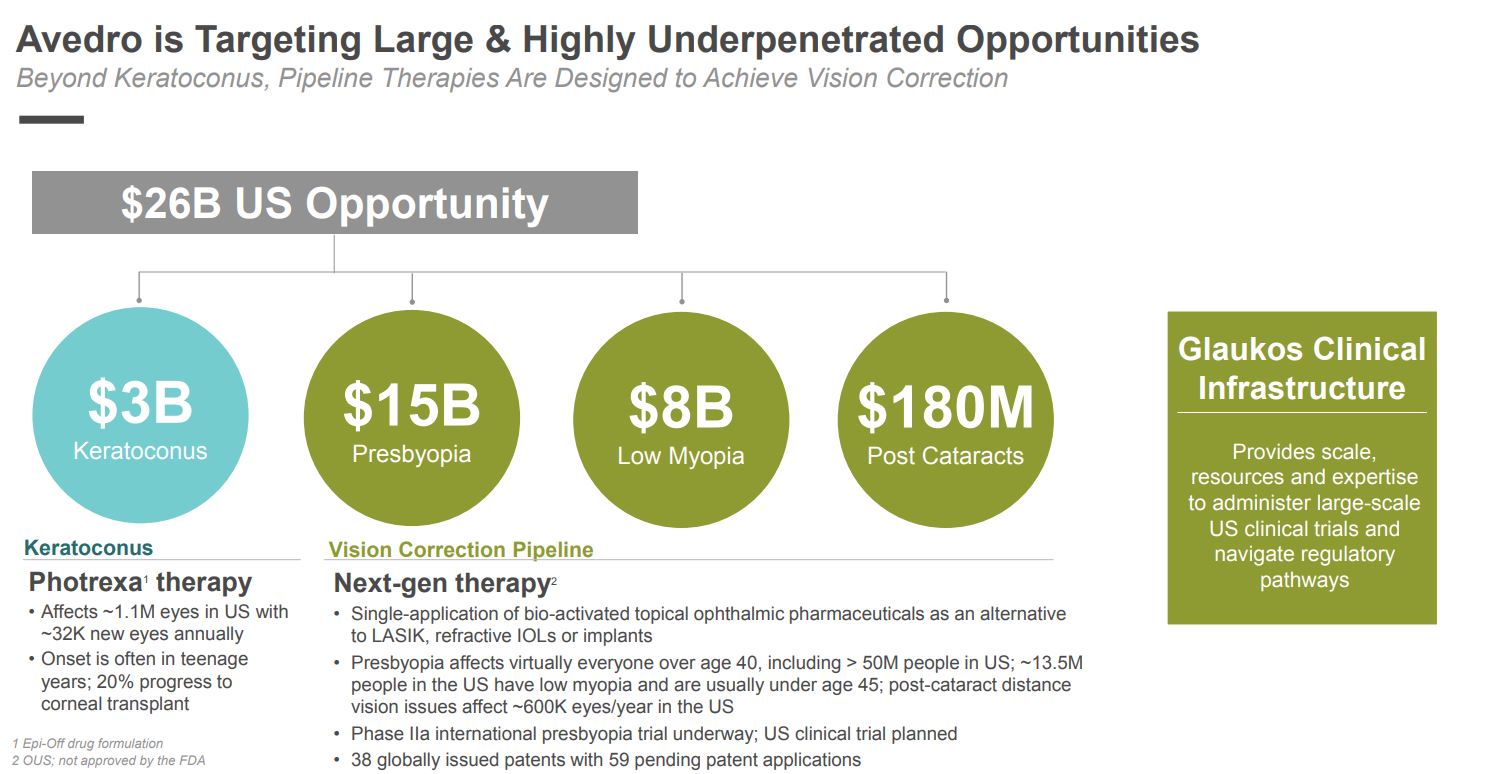 Novartis hopes Transcend buy will relieve the pressure on Alcon

Epigenomics runs out of road