The most remarkable thing about the US FDA’s advisory committee meeting to review Trevena’s post-surgical morphine alternative oliceridine is that it has even advanced this far. The agency’s highly critical briefing documents for Thursday’s adcom meeting state that morphine delivered better pain control than the two doses of oliceridine under consideration, 0.1mg and 0.35mg on demand. Meanwhile the documents add that oliceridine did not prove any safer than morphine on the respiratory endpoint Trevena used, which it has now emerged the FDA did not even agree to. This revelation is especially damning given that, back in 2016, Trevena had trumpeted its end-of-phase-II meeting with the agency as having "reached general agreement with the FDA on key elements" of phase III. Perhaps the FDA did not feel that Trevena’s application was so inadequate that it merited a refuse-to-file letter, and does not want to issue a complete response letter without giving a full public airing of oliceridine’s deficiencies. Short of a near-unanimous vote to reject the FDA staff’s view and recommend oliceridine, it looks likely that Trevena’s application is dead in the water. Shares fell 57% in early trading today. 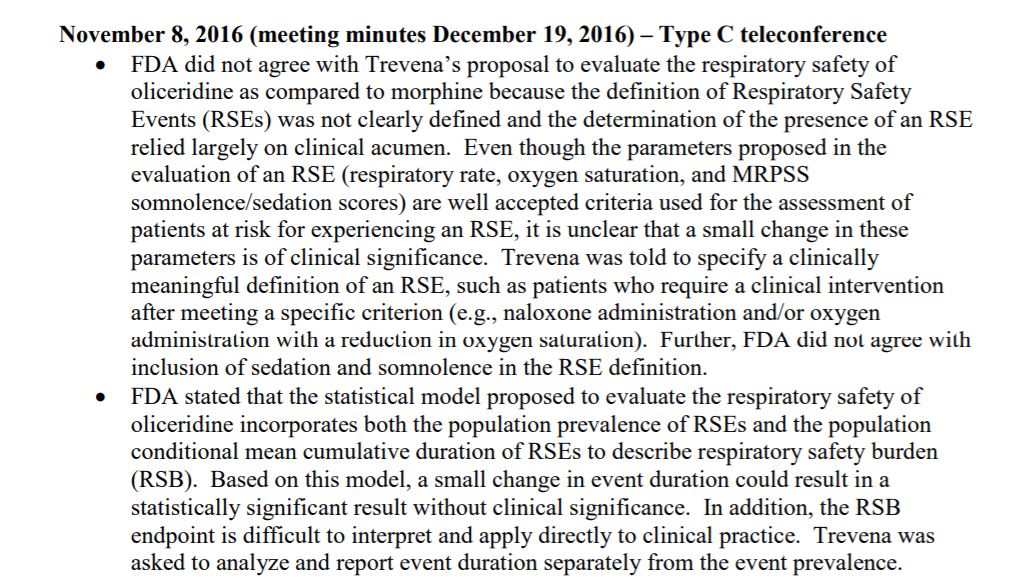 Trevena adcom not a vote of confidence

Intra-Cellular gets lumateperone reprieve, for now

Another blow for Intra-Cellular