Investors put Tyme in a bottle after pancreatic cancer readout

Biotech investors should be accustomed to it by now: Tyme Technologies releases data on its pancreatic cancer project SM-88, and shares crash. This time it happened ahead of a poster to be published later today at the Asco-GI conference, showing a low response rate in a single-arm trial in patients receiving the combination therapy in second, third and fourth-line settings. In 17 evaluable patients, two saw target lesions shrink enough to meet the definition of a partial response by Recist criteria. An earlier version of the poster showed no Recist responses out of 21 patients. The company said the first version of the poster was incorrect because it included four patients who were not evaluable according to trial protocol because they did not have two month scans. A placeholder abstract from the same trial reported three of four patients responding, as per Recist or another measure, PET SUV. A comparable drug, Ipsen’s Onivyde, has achieved a 7.7% objective response rate. Tyme touted the fact that at a median of 4.3 months of follow-up 19 of 28 patients were alive – by comparison, Onivyde patients have shown median overall survival of 6.1 months. This did not convince investors, who pushed shares down 32% in mid-morning trading today. Tyme was undeterred; executives said they would speak with the US FDA to discuss the design of a pivotal trial. 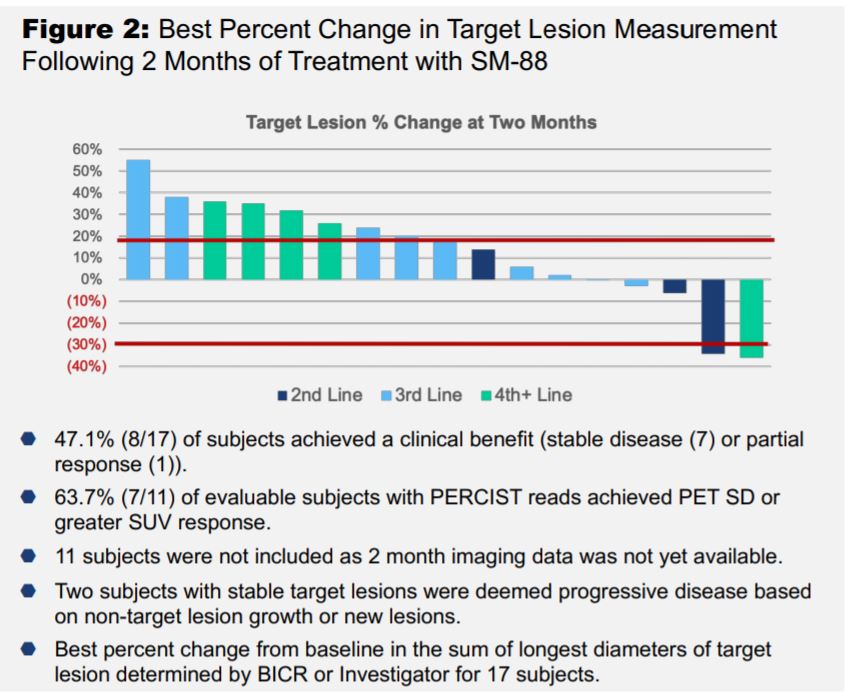 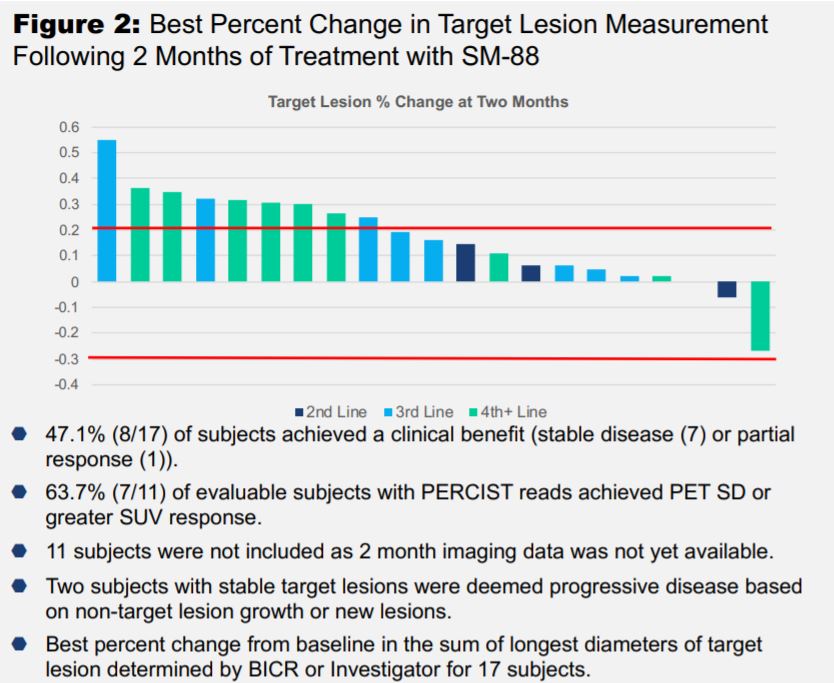