Liver cell therapy not so Vital

Being a one-product company is all very well until that one product collapses. The phase III failure of Elad, a cell therapy for acute liver failure developed by Vital Therapies, was so incontrovertible as to force the company to abandon the project. Investors abandoned Vital in turn, scything 88% from the company’s value and leaving it with a market cap of just $32m. Elad consists of four cartridges collectively containing 440g of human-derived liver cells from Vital’s cell bank. According to Vital’s website, blood is drawn from the patient and pumped through the Elad system, where the cells absorb toxins and release “potentially beneficial macromolecules” into the blood, which is then reinfused into the patient. The process requires a single, continuous five-day session. The VTL-308 study, testing Elad in 151 patients with alcohol-induced liver decompensation, failed to show an overall survival advantage for the product over standard of care at 91 days. The trial also missed its secondary endpoint, showing no difference between the groups in the proportion of survivors at day 91. The end of Elad likely means the end of Vital as a going concern: the UK group is exploring strategic options. 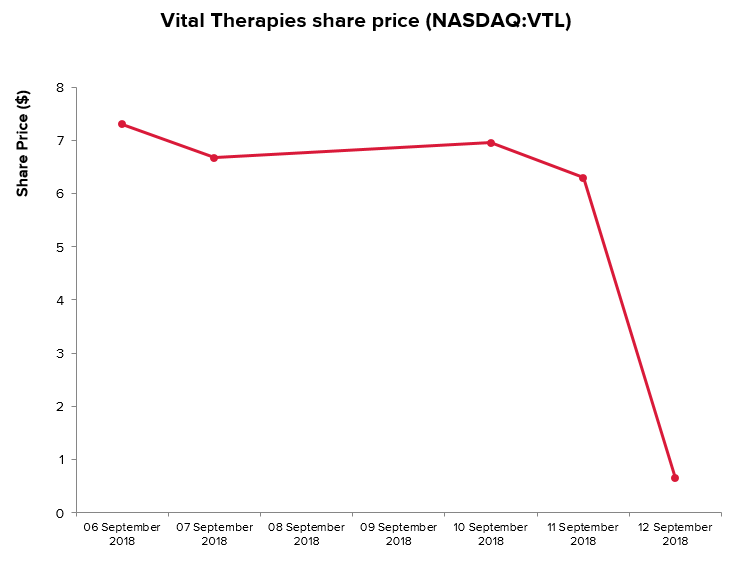