Alnylam hopes that positive interim data will be enough for it to bag its second US FDA approval – this time for its acute hepatic porphyria project givosiran. But investors were unimpressed by news that the Envision trial had found a significant reduction in a biomarker, urinary aminolevulinic acid, with givosiran versus placebo. Alnylam’s stock fell 3% this morning. Perhaps there was an element of selling the news, or maybe safety worries spooked shareholders. There were five serious adverse events in the treatment arm, versus two in the placebo group, but Stifel analysts played down fears that this might hit the project’s chances of approval, given the serious nature of the disease. There was also a suggestion that Alnlyam might wait for data on the primary endpoint, the annualised rate of porphyria attacks, before filing givosiran, but these are not due until early next year. And the group still has much to prove as a commercial-stage company. Still, it must wonder what it needs to do to convince the markets – its stock has plummeted since the FDA green light for its first product, Onpattro, for amyloidosis in August. 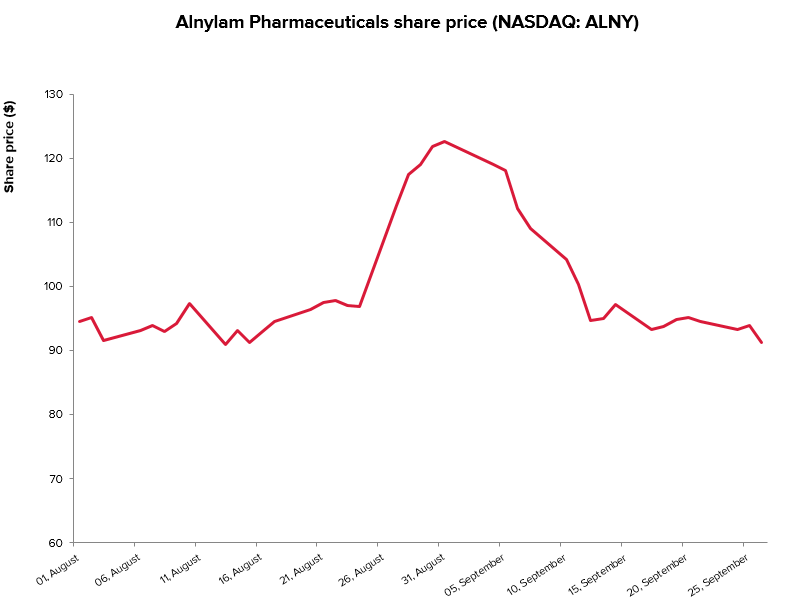 Arrowhead gets a $1.4bn boost from flattering data