Moleculin call adds nothing, but the cash is already there

Biotechs raising cash on pure PR puff is nothing new, but this week’s case of Moleculin is especially egregious. The US micro-cap’s $15m stock and warrants offering came about thanks to Monday’s 168% share price surge, which in turn seems to have resulted from nothing more than the promise of a conference call to discuss a “significant discovery for lung cancer”. In the event the call, which took place after market close yesterday, added nothing to the group’s earlier revelation that its lead asset, the antibiotic L-Annamycin, had shown promise in a mouse model of breast cancer that has metastasised to the lungs. Moleculin had bought L-Annamycin in 2015 from Annamed, a private entity controlled by its chairman and acting chief executive, after its previous developer, Callisto, was acquired by Synergy Pharmaceuticals. On yesterday’s call Moleculin defended raising $15m just weeks after a $5m offering, saying the decision to do so had not been taking lightly, and calling it the “responsible thing to do”. The group also promised that this would be its last major financing before data on L-Annamycin in acute myelogenous leukaemia appear later this year. 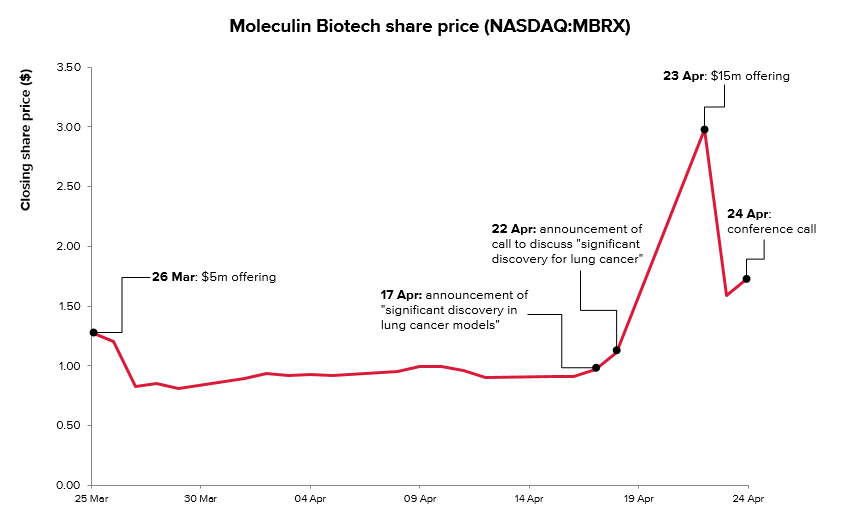