Those who have kept the faith in Myokardia were rewarded yesterday with positive phase III results on the developer’s lead project, mavacamten. All primary and secondary endpoints were met in the Explorer-HCM study, conducted in symptomatic obstructive hypertrophic cardiomyopathy (HCM), an inherited condition that causes heart muscles to thicken. Shareholders enjoyed a 59% surge in the stock, which hit a record high; seven investment banks, whose sellside analysts almost universally project blockbuster sales for mavacamten, were handed the job of managing a huge $450m fund raising. Myokardia’s $5bn valuation appears to reflect an assumption that regulators will wave the project through next year, and commercial success will follow, though the typical pitfalls should be remembered here. Full results need scrutiny, a smooth regulatory path cannot be guaranteed, and if a partner or buyer does not emerge launches undertaken by small, inexperienced outfits have a poor track record. Cardiology has proven tricky even for the big players in recent years, though at least HCM is a niche segment that should be easier to target. For now, however, Myokardia is living the biotech dream, and investors are presumably hoping for the ultimate ending, in the form of a takeout.

Top-line results from the Explorer-HCM trial 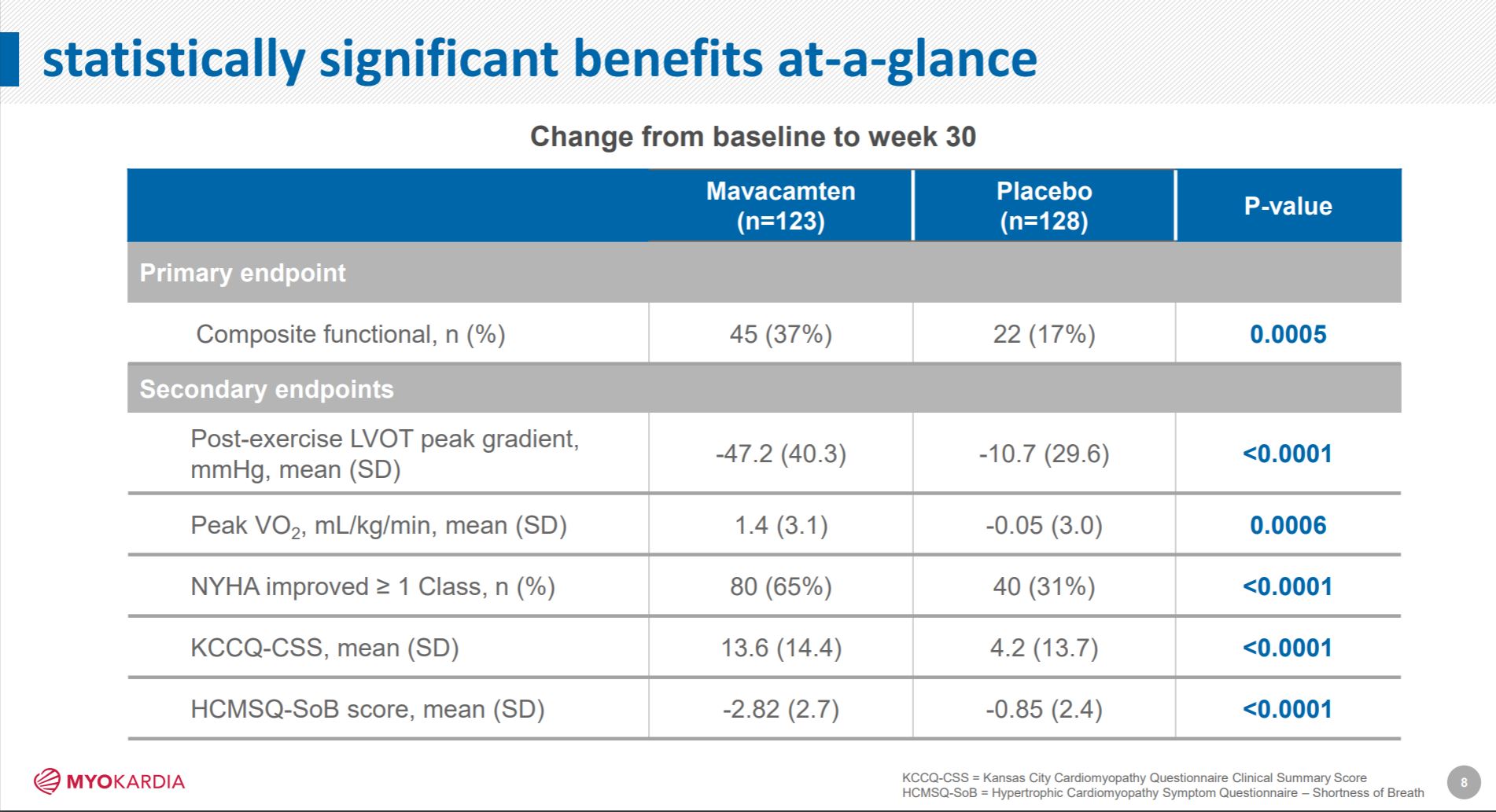