Those hoping to see a clear result from Nightstar Therapeutics’ phase I/II Xirius trial of its gene therapy, NSR-RPGR, in X-linked retinitis pigmentosa have been left scrabbling around in the opaque data the group reported over the weekend. Shares in the group dropped as investors focused on lack of efficacy in patients given lower doses of NSR-RPGR, and inflammation issues in the higher-dose cohorts that appeared to blunt efficacy. There were some bright spots: three patients in the mid-dose cohort showed improvements in their vision as measured by microperimetry, and a further two patients in the higher-dose cohorts also showed lasting improvements. At an R&D day held on Monday executives were apparently not convincing enough to stem the bleeding – shares slumped 16% over the day. It does look as if there is enough in the Xirius trial for Nightstar to carry on with its planned end-of-year extension study, probably using the middle dose, but to get investors back on board Nightstar needs to do a better job of selling the story. 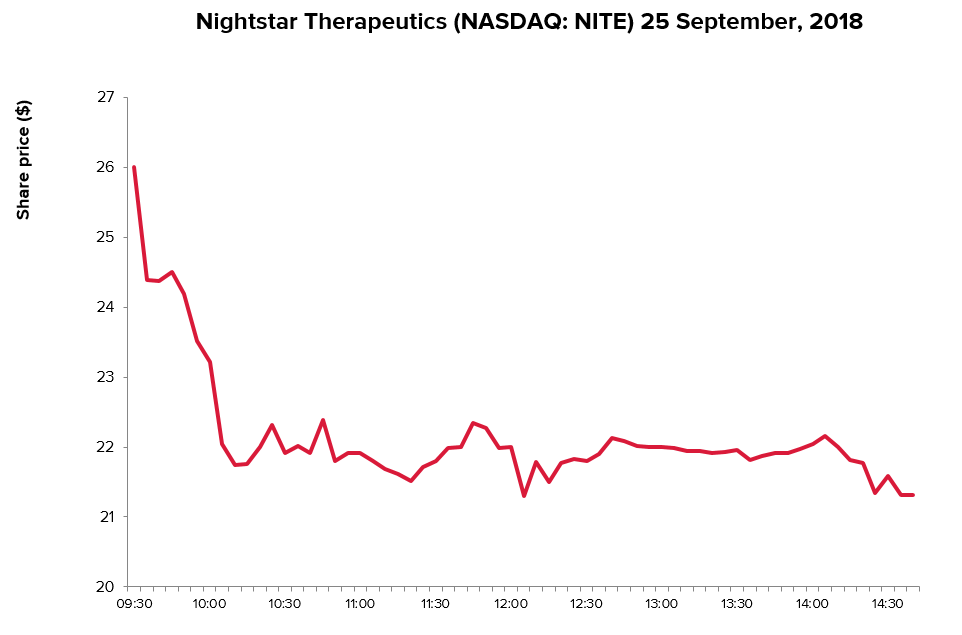 Encouraging progress, but Applied Genetics still has questions to answer