A year after pulling off the largest Swiss biotech IPO in over 10 years Polyphor has reminded its new investors about of the risks of drug development. Two phase III trials of its lead asset, an experimental antibiotic called murepavadin, have been halted on higher than expected rates of acute kidney injury. This was known to be a potential issue with the project but Polyphor believed that toxicities could be managed; a safety analysis is being conducted and a decision will be made in the coming months on whether the project is salvageable. The signs are not promising – Polyphor said 56% of patients treated met the criteria for acute kidney injury, much higher than expected. Murepavadin has been designed to fight the superbug Pseudomonas aeruginosa, a multidrug-resistant pathogen against which new agents are desperately needed, but even here this level of toxicity is unlikely to be acceptable. The company mooted fixes such as changing the trials’ inclusion criteria or dosing regimens, but investors appear to be expecting the worst: Polyphor shares fell a further 21% today after slumping 49% on Friday, valuing the company at SFr116m ($113m), below its year-end cash of SFr134m. 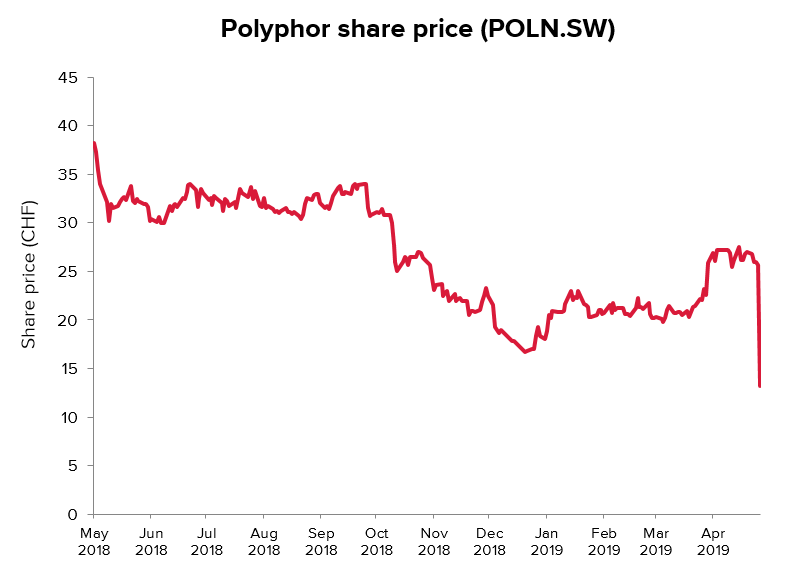 US FDA sends Pharnext back for more data