Rocket takes off on Danon data

The days of one patient’s-worth of data doubling the value of gene therapy players might be over. But Rocket Pharmaceuticals still managed a 33% rise after hours yesterday thanks to early efficacy results in three subjects receiving its Danon disease candidate RP-A501. Danon disease is a rare inherited cardiac and skeletal muscle disorder caused by mutations in the Lamp2 gene; RP-A501 employs an AAV9 vector to deliver Lamp2B. The phase I study has so far treated five patients, three with 6.7×1013 genome copies/kg, and two with 1.1×1014gc/kg. Yesterday Rocket reported safety data on all five and preliminary efficacy results with the lower dose. Two of the three low-dose patients saw large increases in Lamp2B expression; one patient had less impressive levels, but the company said this subject had limited compliance with the oral steroids all patients were given to minimise potential immune reactions. As for safety, there was one case of complement activation in the high-dose group, and this resolved with therapy including Soliris. As it enrols more high-dose patients, Rocket hopes that closer monitoring – and perhaps prophylactic Soliris – could help it avoid similar issues, Evercore ISI analysts noted. 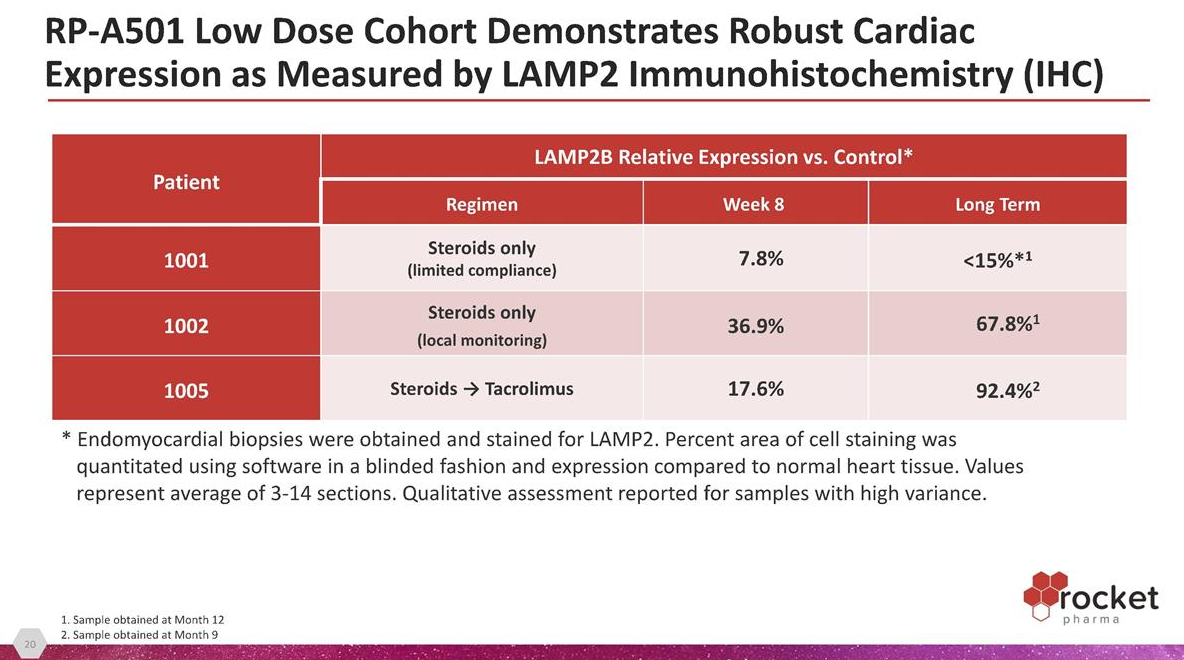 Cholesterol “win” does Ionis and Pfizer a fat lot of good