News of a patient death and a partial clinical hold for Mersana Therapeutics’ Her2-targeting antibody-drug conjugate XMT-1522 sent the group’s stock down 32% in July. But the lifting of that hold did not provide relief – in fact, Mersana’s shares fell 23% yesterday. More monitoring and the exclusion of patients with liver damage led to fears of further delays to the resumed phase I study. Mersana is taking a similarly cautious approach with its follow-up project, XMT-1536, an ADC targeting NaPi2b that was not subject to a clinical hold; but the trial changes raise questions about the safety of the company’s entire platform. Safety concerns have derailed several ADCs, which are designed to dump a toxic payload on tumours expressing a certain target. Since targets like Her2 are also expressed in healthy tissue perhaps it is not surprising that problems have arisen. In contrast to Mersana, Sosei was virtually unmoved today after its UK subsidiary Heptares and Allergan suspended development of their phase I Alzheimer’s project, the muscarinic M1 receptor agonist HTL18318. The move, prompted by a tumour seen in a primate study, will delay the start of phase II trials by at least six months, Sosei said. 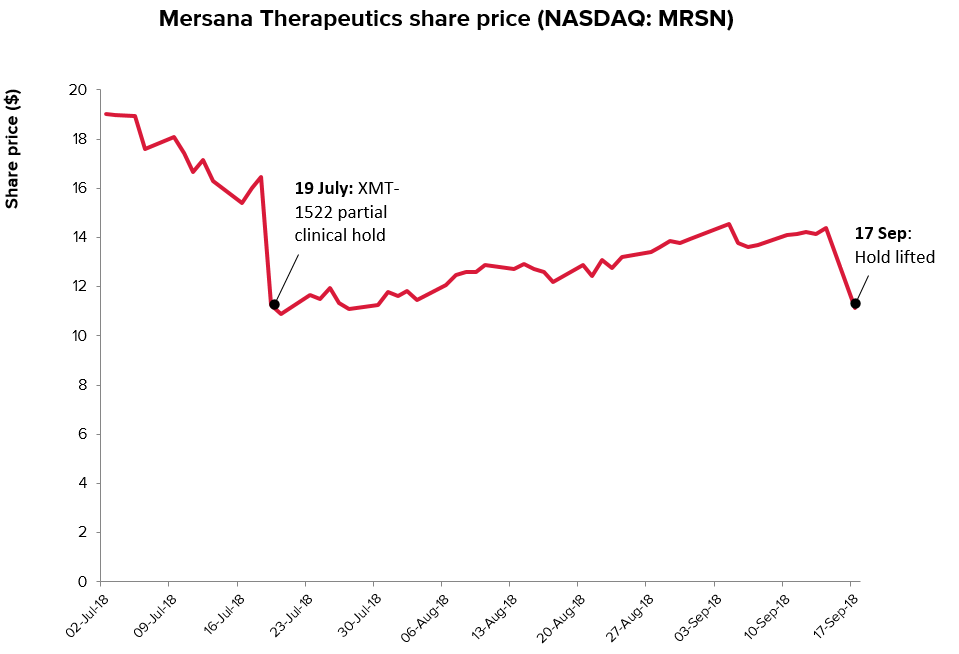 Crispr finally gets its CAR into the clinic

Merrimack goes back to the drawing board