Having spent almost $11.6bn on Bioverativ, Sanofi must be disappointed that its best hope of getting a psychological, if not financial, win related to the acquisition has been ruined by a complete response letter. On Friday, the FDA knocked back sutimlimab in cold agglutinin disease following issues at a third party manufacturing site. To be tripped up by CMC issues is especially cruel since, when sutimlimab data was first unveiled at ASH in 2019, it was described as "practice changing" after 54.2% of patients with primary CAD responded with haemoglobin increases of 2g/dL or greater, while 71% remained free of transfusions to week 26. As such, many had expected sutimlimab to breeze through approval, helped by its priority review and the limited options in CAD; the company has yet to say when it might re-file. Sales forecasts for sutimlimab in 2026 sit at only $553m, although with an NPV of $2bn the project is Sanofi's second most-valuable R&D asset, according to Evaluate Omnium. These numbers speaks volumes about the health of Sanofi’s current pipeline, and suggest that the French group might want to focus on buying in bigger pipeline candidates at a reasonable price. 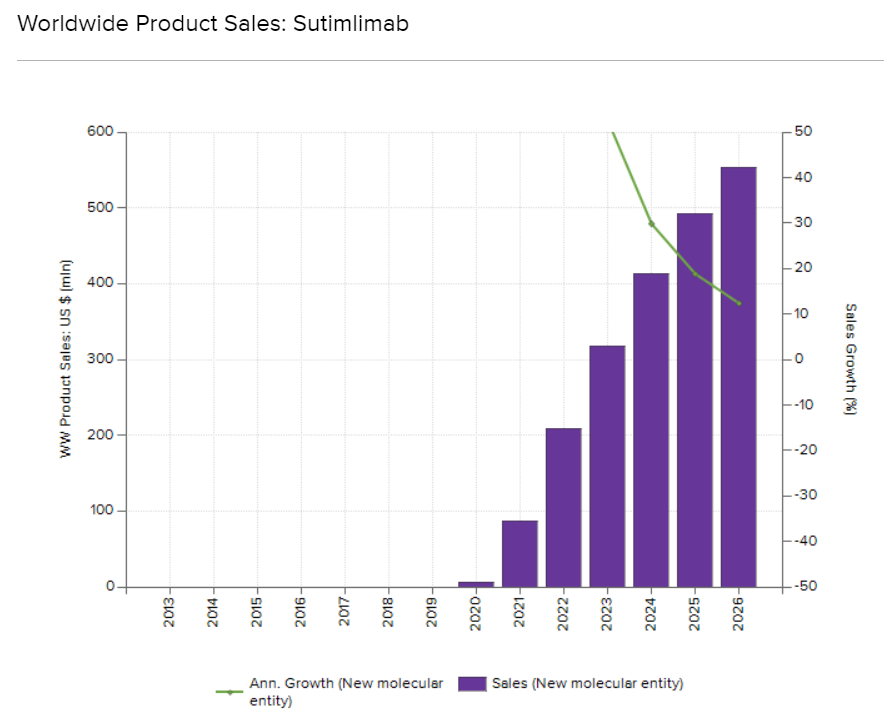