Syndax gets pulses races – but not in a good way

After putting menin inhibition on the map last year for certain genetically driven leukaemias, hopes were high going into Syndax’s next update on SNDX-5613. A safety signal and undewhelming efficacy burst the bubble this morning, sending the company’s shares tumbling 25% in early trade. Half of the 43 patients tracked for safety suffered QT prolongation, or irregular heartbeat, with six patients (14%) classed as grade 3 and several requiring dose reductions. On overall response rate, Syndax claimed 48% (15/31), although using a stricter definition – complete remissions with no evidence of residual disease – ORR dropped to 32% (10/15). True, leukaemias driven by MLL rearrangement or NPM1 mutations are very hard to treat, and four of the patients in the study went on to receive stem cell transplants. But it seems that more was expected here. Still, it is far too early to pick a winner in this very early space: Kura is in phase I with KO-539, and recently floated Biomea hopes to enter the clinic later this year with BMF-219. But in a sign that menin inhibition is a mechanism to watch, bigger developers are showing an interest: Daiichi Sankyo's DS-1594 went into the clinic last month and trials of a Johnson & Johnson asset are poised to start. 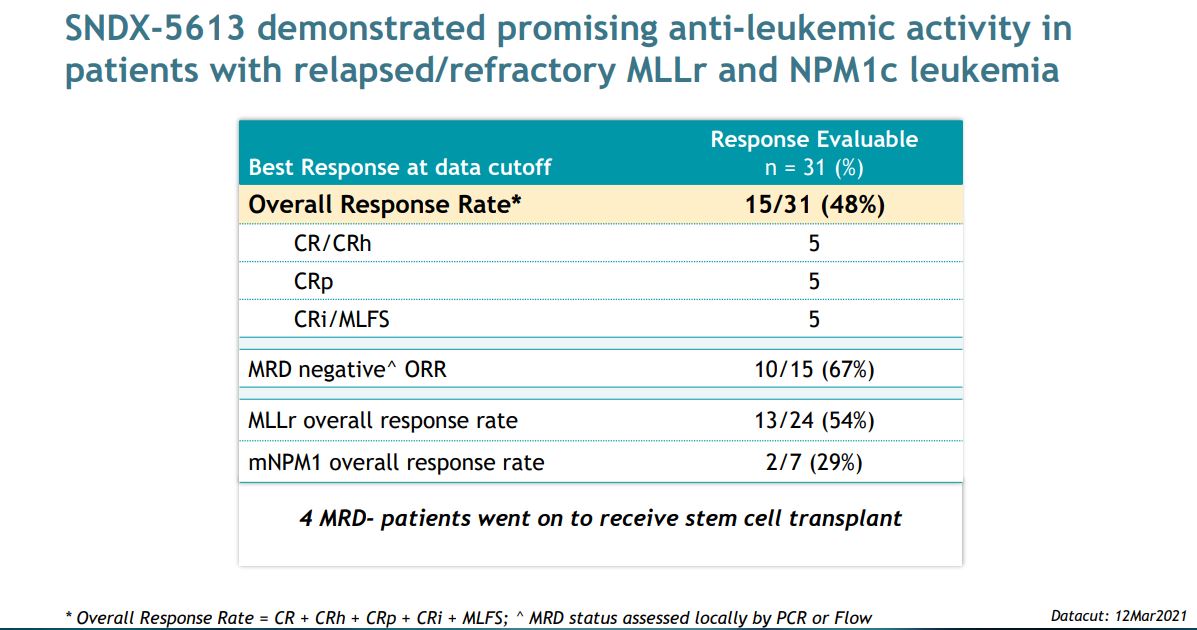 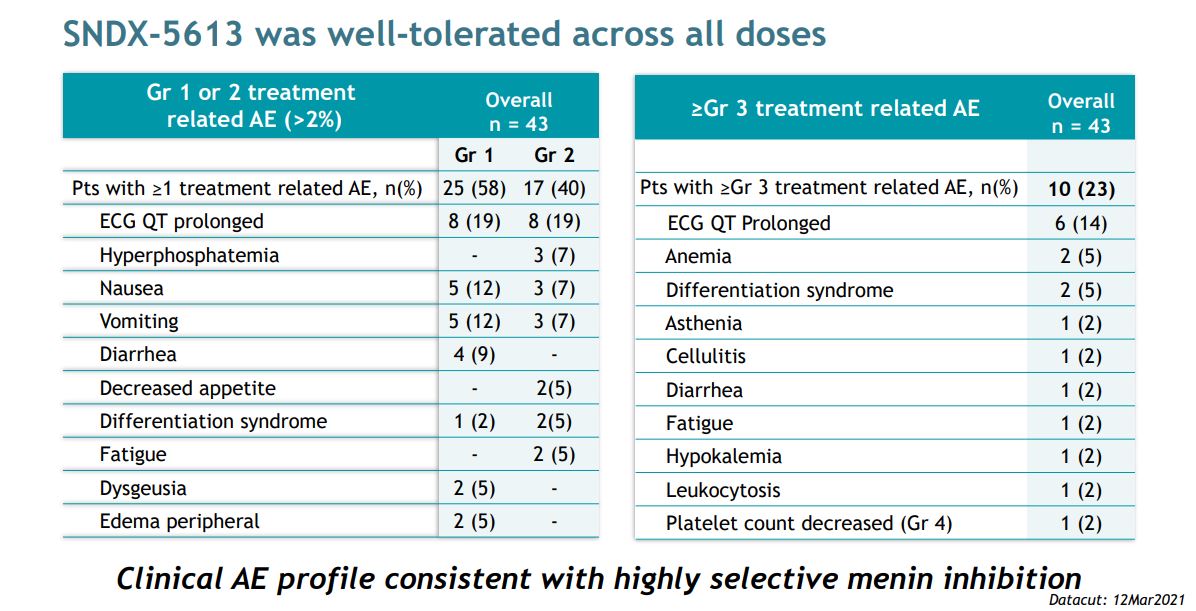