US approvals under the spotlight

Against a backdrop of evidently increasing US regulatory scrutiny, a new report from Evaluate Vantage attempts to lift the lid on the FDA’s evolving stance, and put this into historical context. The report has been published as briefing documents are about to be released for a US advisory panel, set for April 27-29, that seeks to review the ongoing approvals of certain anti-PD-(L)1 drugs whose confirmatory trials have failed. It finds that the accelerated approval pathway has become increasingly popular over the past 11 years, particularly for oncology drugs, and suggests why the ongoing status of some conditional green lights now needs to be addressed. However, it is not just anti-PD-(L)1 drugs, and not even oncology drugs in general, that are coming under the spotlight: the adcom is just one part of an industry-wide review by the FDA. As well as delving into the specific drug uses being scrutinised by the adcom the report, which can be downloaded for free, spotlights other drugs that have been conditionally approved for years with no confirmatory evidence of their clinical benefit. The issues are particularly relevant given this year’s upcoming verdicts on some controversial projects – not least Biogen’s aducanumab. 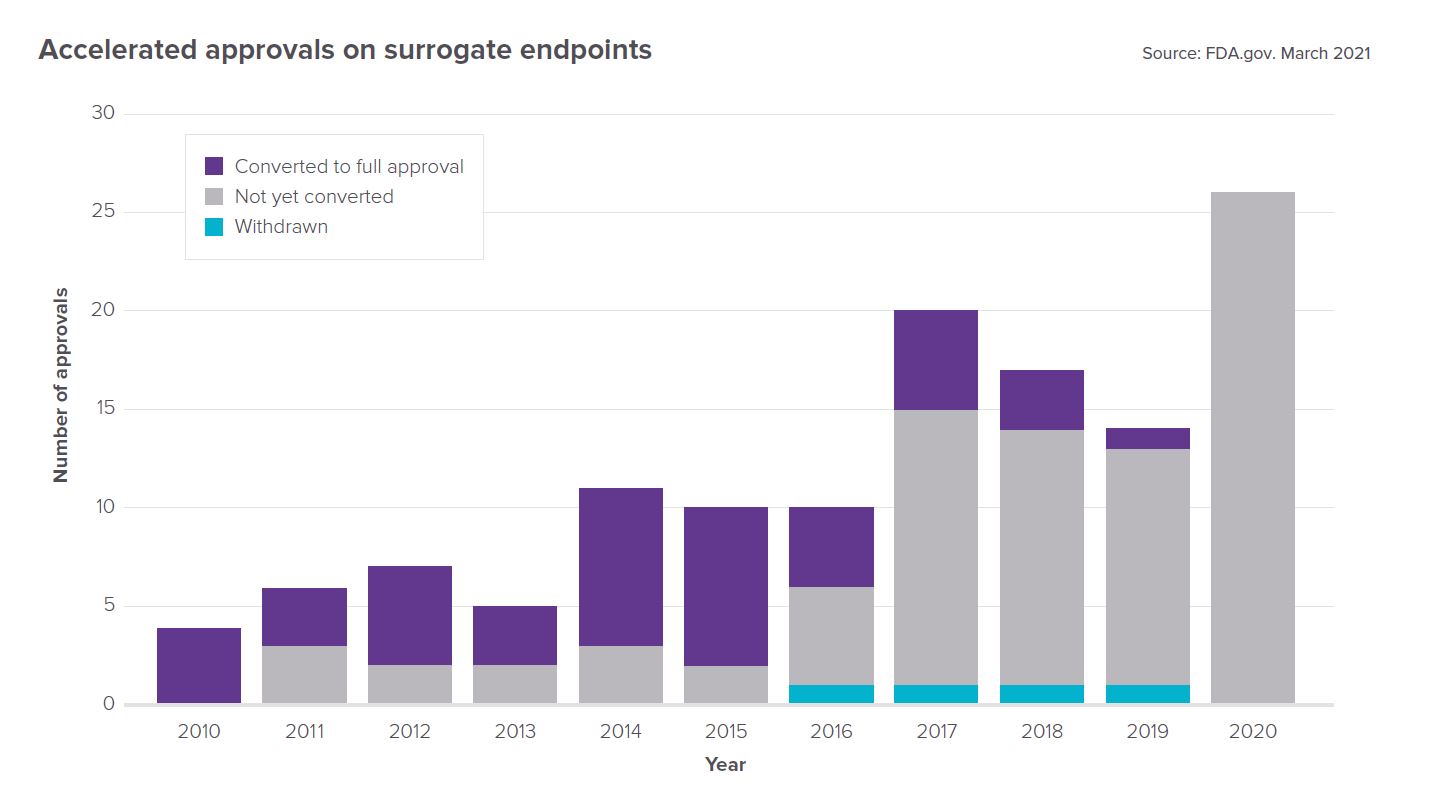