Though it is rare to see money flow from biotechs back to shareholders, a pledge to buy back £50m ($54m) in stock failed to set Vectura alight this morning. True, the UK company had trailed such a move, made possible by a $90m boost in a patent settlement with Glaxosmithkline. But this generosity is presumably of little comfort to long-term investors, who have seen Vectura lose almost half its value since it bought its respiratory rival Skyepharma in 2016. The declines are down to issues like the collapse of the asthma project VR475, which incurred a £40m charge, and a three-year battle to win approval for a Hikma-partnered Advair generic. Data are nearing from an FDA-required trial and the project, VR315, is due to be re-filed shortly, although the protracted development means that hopes are very low. A deal has also been promised for the paediatric asthma asset VR647, and a Novartis-partnered asthma project, QMV149, should be filed in the US before year end. Vectura is also looking for a new chief executive, who will presumably be charged with coming up with a new use for the company's excess cash. In the meantime, investors will be happy to have it. 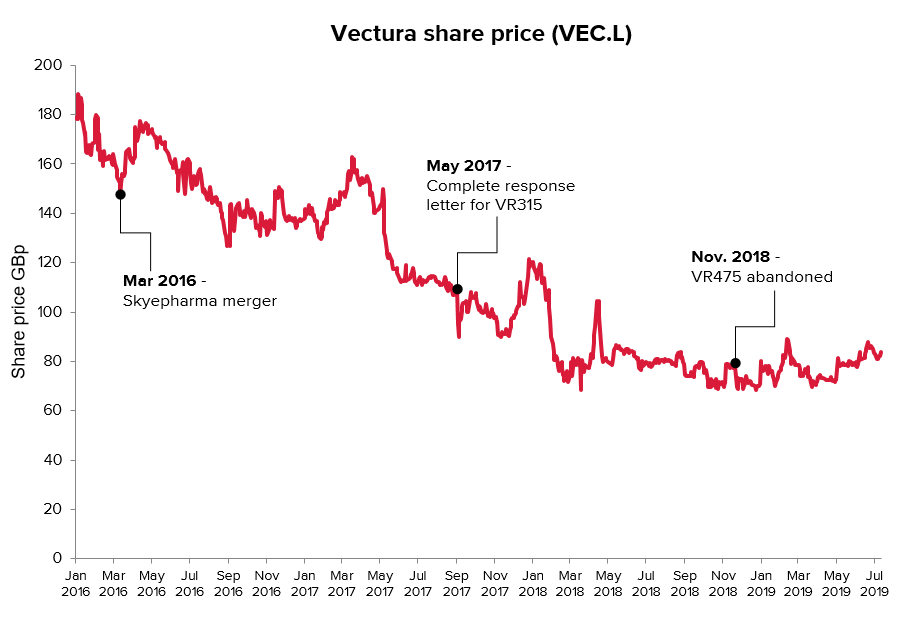 Mylan makes for a piece of the shrinking Advair pie