Finally! A positive surprise for Gilead

If Enhertu has not already rendered Gilead’s Trodelvy irrelevant in Her2-negative breast cancer then today’s overall survival hit in the Tropics-02 trial represents a major surprise for the disaster-prone Gilead. This morning’s anaemic 2% share price increase suggests that the boat for Trodelvy has already sailed, but the result will nevertheless be pored over when presented at a scientific conference – not least because Gilead revealed that it had filed Trodelvy on the strength of it. Tropics-02’s relevance was in doubt since a Q&A for investors glossed over whether its positive PFS outcome was clinically meaningful, before a late-breaker at Asco revealed a modest median PFS benefit, late separation of the PFS curves, and an ultimately not unimpressive 34% reduction in risk of progression. OS at that first interim analysis, when just over half of Tropics-02’s 543 patients had died, was still negative, so the question will be what changed between then and today’s second interim analysis hit. Perhaps a similar late separation, driven by the Trop-2 biomarker, has occurred in the OS curves. Importantly, Gilead now says the result is “clinically meaningful”, though some will note that this is a subjective claim. 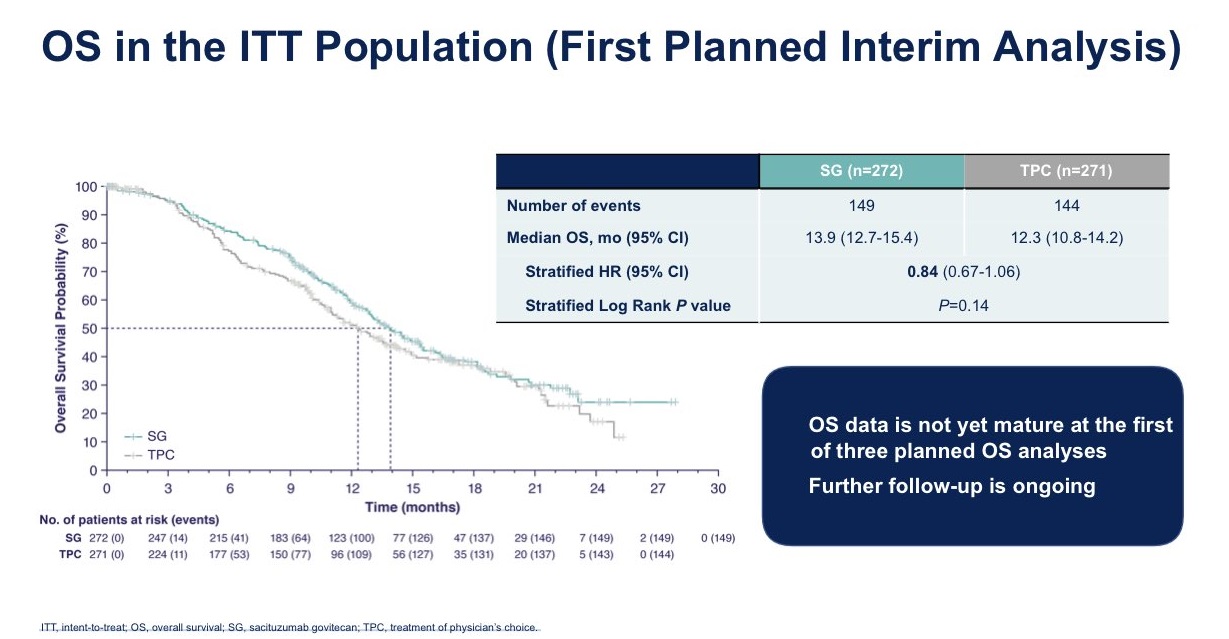