Roche and Vir add to the conflicting Covid-19 data

A win for Vir’s late-to-the-game antibody and another fail for Roche with Actemra show how developers are still feeling their way in Covid-19.

After failing to impress NIH researchers last week Vir Biotechnology has delivered a win for its Covid-19 antibody VIR-7831 in the company’s own Comet-Ice trial. An 85% reduction in the risk of hospitalisation or death means that fears that the project would disappoint again were unfounded, although broader concerns about commercial potential – and the company’s valuation – are likely to linger.

In another seemingly conflicting Covid-19 readout, a Roche-sponsored trial of its anti-IL-6 MAb Actemra has failed, weeks after the large Recovery study claimed to have confirmed a mortality benefit. There are probable explanations for the different findings in both cases, but it is clear that readouts from pandemic projects still hold the potential to surprise.

First to Vir, which had tumbled last week when the NIH scrapped a cohort testing VIR-7831 in the Activ-3 basket trial, on concerns about “the magnitude of potential benefit” seen. That study was testing the antibody in patients already hospitalised for Covid-19, a setting in which the Lilly and Regeneron MAbs have failed; Comet-Ice was conducted in outpatients, which seems to be the sweet spot for these therapies.

The NIH move raised concerns that VIR-7831 might not work at all. And with very little clinical data available on any of Vir’s pipeline candidates, in any disease area, doubts also arose about the company’s technology. Hence the relief today, with shares surging 38% in early trade.

The headline readout from Comet-Ice certainly looks competitive against the Lilly MAbs; directly comparable numbers are not available for Regeneron’s REGN-COV2, a combination of casirivimab and imdevimab, though this is considered to be similarly effective. More impressively, Vir managed to achieve this benefit with a single molecule rather than a combo.

But the company and its partner Glaxo will be third to market – assuming authorisations follow – and the trial result will not make it any easier for healthcare systems to figure out how to roll out intravenously administered therapies in an outpatient setting. True, Vir has intramuscular formulations in development, but by the time any successful product arrives vaccine rollouts will hopefully have significantly suppressed infections.

Should experimental oral antivirals succeed in offering similar efficacy – which is admittedly far from certain – these MAbs could seem even less appealing. All of which makes it hard to understand why the sellside is projecting longer-lasting demand for the Vir project over the two already available.

The company’s newly inflated $8bn market cap is similarly perplexing, it could be argued, given the early-stage of Vir’s pipeline and questions around the Covid-19 opportunity. It is probably worth remembering that Vir’s stock has attracted significant attention from short sellers over the past few months.

Different patient groups can explain Vir’s seemingly divergent findings, but  Actemra’s varying performances are harder to understand. This is not a new debate, of course; despite a biological rationale for blocking the inflammatory cytokine IL-6 with MAbs like Actemra in severely ill Covid-19 patients researchers have struggled to prove this theory.

Roche said today that the Remdacta trial, in severe patients not on mechanical ventilation, had failed; this makes two failures and one success for Roche, after the finding of a signal in Empacta and the failure of Covacta.

The Recovery trial researchers believe that they managed to find a mortality benefit largely because their 4,000-patient study was large enough to detect one (The big Covid-19 trials still to report, February 17, 2021). Remdacta was smaller, at 650 subjects.

Recovery enrolled from a wider patient pool – any hospitalised patient with low blood oxygen and elevated inflammatory markers could join – while Remdacta excluded those who had moved on to mechanical ventilation. But Actemra still showed a clear benefit in the pre-ventilated subgroup, a cohort that was larger than the whole of Remdacta.

Other important differences could be at play here. For example, in Remdacta Actemra was dosed on top of Veklury, which was also used as the control. In Recovery, Actemra was on top of and versus standard of care, and the preprint of the paper shows that only around 28% of patients in either arm received the Gilead antiviral.

Roche has yet to provide any data on Remdacta so at this stage it is hard to know what went on here. What the result does underline, however, is that severe Covid-19 is a difficult disease to treat.

Both the Vir and Roche examples also emphasise the importance of patient selection. But further unexpected or seemingly confounding readouts should be expected from the substantial research effort under way in Covid-19. 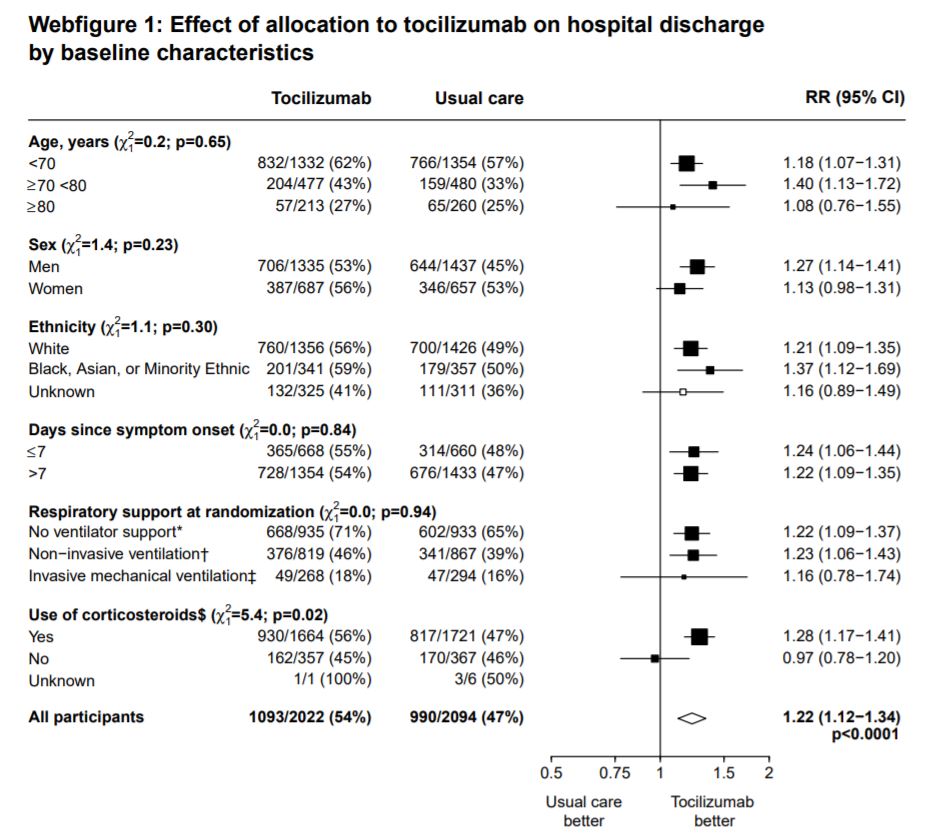 Brii gets a Covid-19 antibody boost

The bull case for Vir starts to unravel