Watch the EvaluatePharma Orphan Drug Report 2020 to learn more about the orphan market.

And fill out the form for a free demo of the orphan drug data behind this report. 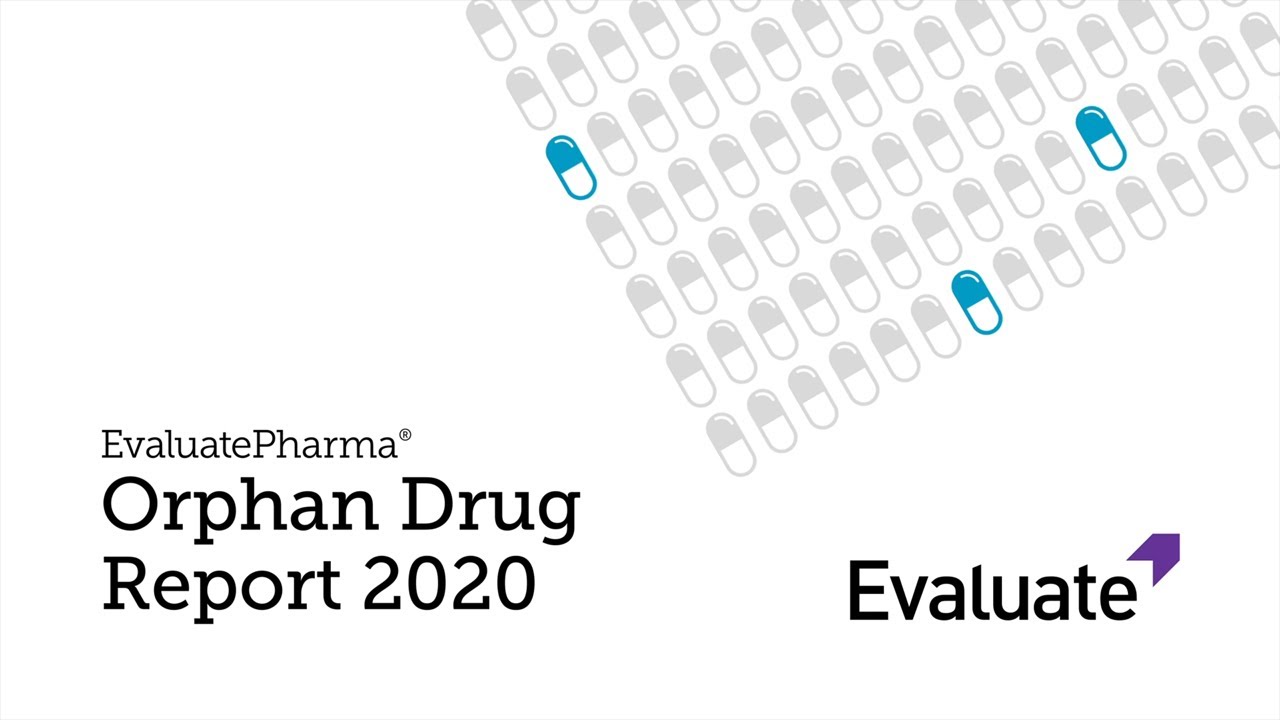 Fill out the form for a free demo of the orphan drug data behind this year's report and more...

The Past, Present and Future of Orphan Drugs

Four decades ago, patients with rare diseases had very few treatment options. The 1983 Orphan Drug Act changed everything by providing substantial tax incentives for pharmaceutical companies to invest in rare conditions affecting fewer than 200,000 Americans. With an estimated 7,000 orphan diseases, one out of every 10 Americans lives with a rare condition.

After nearly four decades of relatively consistent growth, orphan drugs now comprise a cornerstone of the pharmaceutical market, with this category predicted to rake in more than 18% of overall prescription sales by 2024. Remarkably, the market is so robust that rare diseases now take home a large portion of FDA drug approvals. In 2019, just under half (44%) of new FDA approvals went to orphan drugs.

In the spirit of Rare Disease Day 2020, we identified several noteworthy trends over the past decade offer clues about what to expect in the decade ahead.

Outside of oncology, other top-performing orphan drugs tend to include those for rare genetic disease, blood disorders and central nervous system diseases. Biogen’s Spinraza and Alexion’s Soliris were the first to market for their respective indications, spinal muscular atrophy and paroxysmal nocturnal hemoglobinuria. And more recently, strong sales for Roche’s hemophilia A treatment Hemlibra and Pfizer’s rare cardiomyopathy treatment Vyndaqel have helped solidify these two big pharma companies as leading players in the orphan drug market.

Looking forward, we expect some of the trends that defined the past decade to extend into the future, while others will evolve. Chiefly, big pharma will continue to dominate, meaning the pattern of acquisitions and out-licensing will continue. This trend was best exemplified by the recent acquisition of Celgene by Bristol-Myers Squibb (BMS), which will catapult the big pharma to the top of the orphan drug marketplace by 2024.

As science evolves, orphan drugs will become even more precise, targeting a wide range of genetic diseases. The most promising pipeline products in 2024 include two CAR-T therapies now owned by BMS, as well as BioMarin’s gene therapy for hemophilia and Roche’s risdiplam for spinal muscular atrophy. And as awareness of rare diseases continues to grow, more and more patients will be diagnosed, broadening the potential patient population and driving even greater sales projections.

Over the past several years, a cloud of legislative reform has gathered over the orphan drug sector. Sky-high pricing of approved gene therapies has fueled bi-partisan consensus against price gouging. Meanwhile, unprecedented jockeying for orphan drug designation has prompted calls for reform of the Orphan Drug Act.

Despite the public bedlam, meaningful change hasn’t materialized -- though these issues will be in the spotlight throughout the 2020 presidential election. Although legislative uncertainty remains, we predict the orphan drugs will continue to generate strong prescription sales, growing at twice the rate as non-orphan drugs in the years to come.

Fill out the form for a free demo of the orphan drug data behind this year's report and more.