Merck and the pitfalls of biopharma success

The developer of Keytruda is starting to look like a one-drug company; what must it do to avoid becoming the next Abbvie?

Everyone knows that it’s not enough just to develop and launch a mega blockbuster; to sate the market the momentum must be maintained and the pipeline replenished with more hugely successful drugs. So Merck & Co executives should be forgiven if they are increasingly looking at Abbvie to learn from and avoid that group’s mistakes.

True, a drug like Merck’s Keytruda is a nice “problem” to have, especially when it is unlikely to face a patent challenge for several years. But last Thursday’s investor day – the first Merck had held for five years – was surprisingly low on detail, and signs are emerging that some investors are getting worried.

The group’s stock traded down 1% on the day, and some analysts suggested that this was due to a lack of detail on the post-Keytruda strategy, for instance in terms of new pipeline project revelations.

Instead, with the day at times resembling a tribute to Merck’s chief executive, Kenneth Frazier, it is clear that the group will aim to wring as much as it can out of Keytruda. Beyond that there was talk of vaccines and the chronic cough project gefapixant – showing just how hard an act to follow Keytruda will be.

Not that Merck can afford to ignore its oncology blockbuster. Keytruda is now approved in more indications than almost any other drug, and it still has more left to give. 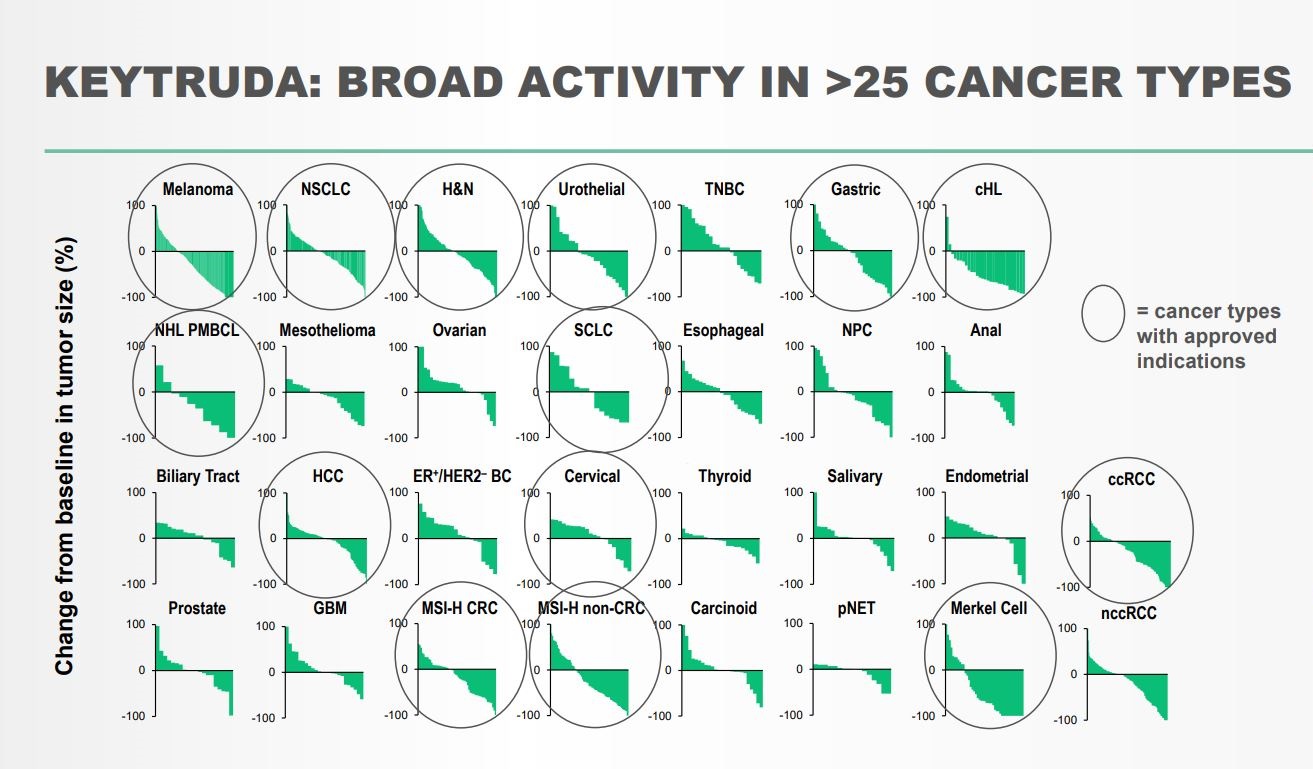 But, as drugs from Zantac to Prozac to Lipitor have shown, the bigger the binge the worse the hangover. And Abbvie, whose rheumatoid arthritis blockbuster Humira sold over $20bn last year, is the latest big biopharma group to show what happens when there is not enough in the pipeline to maintain the momentum.

Abbvie clearly has known for years that it had to plan for a post-Humira existence, but this resulted in some misjudged business development moves. Stemcentrx gave it the SCLC flop Rova-T, for example, while the takeout of Pharmacyclics brought the hugely successful Imbruvica at a price ($21bn) that Abbvie might never claw back in profits.

It might be that Abbvie’s pipeline can generate something interesting, but right now the company’s investment case resembles little more than a series of a short-term bets on the outcomes of Humira litigation.

Merck, meanwhile, has bought some highly innovative early players like Peloton and Tilos Therapeutics. The question for investors will be whether the group can resist being pushed into overpaying for a big, transformative takeover.

Bristol-Myers Squibb has shown that it, too, is desperate to diversify beyond Keytruda’s rival Opdivo. But its planned takeout of Celgene, a company with significant growth and patent expiry problems of its own, looks like a questionable solution.

The advice to Merck must be: keep a close eye on your main growth driver without neglecting the pipeline or losing rigour in valuing business development opportunities. This is easier said than done, but it is the tightrope that Merck must now walk.

And it highlights another big biopharma problem: the disconnection between the goals and achievements of current management, and the problems that Merck might be facing in, say, 2029. While Mr Frazier will remain at the helm for a little longer, moving beyond Keytruda will be down to his successor.

The list of shame no biopharma wants to join

Political gridlock could be good for biopharma