The keenly awaited study of Lynparza in pancreatic cancer maintenance fails to show much beyond its headline primary endpoint of progression-free survival.

As soon as Astrazeneca and Merck & Co revealed in February that Polo, Lynparza’s pancreatic cancer study, had read out positively presentation of this trial’s full data became one of the hottest tickets of this year’s Asco conference.

In the event only the study’s primary endpoint, progression-free survival, strongly favoured Lynparza, and the complete absence of an overall survival benefit has emerged as a black mark. Polo represents the first success for a Parp inhibitor in pancreatic cancer, and so the companies might hope that a PFS benefit is enough for approval.

Merck’s chief medical officer, Roy Baynes, stressed the importance of delaying progression in pancreatic cancer, telling Vantage that this could put off the need for follow-on treatments. “This is not uncommon in the Parp story,” he said.

Astra, meanwhile, defended the PFS result as clinically meaningful, and said OS data had not yet matured. However, neither company would say whether Polo would immediately be used to back an additional regulatory filing.

Lynparza is already approved in various ovarian and breast cancer settings, but Polo tested it specifically in germline BRCA-positive pancreatic cancer subjects who were still responding to first-line platinum chemo.

Earlier this year, a small, uncontrolled study of Clovis’s Rubraca showed the potential of Parp inhibitors in a similar maintenance setting. This, and Astra and Merck already revealing that Polo had read out positively, put the spotlight on the presentation of full Polo data at Asco.

As promised, the PFS result strongly benefits Lynparza, and the median probably does not tell the full story; the survival curves do not start separating until five months, and late separation usually indicates that undiscovered biomarkers are in play.

But the lack of an overall survival benefit is a cause for concern. Still, it has been argued before that because pancreatic cancer is currently the realm of toxic platinum chemotherapies a safety advantage alone would be promising.

Since the comparator in Polo is not chemo but placebo a direct safety advantage cannot be gauged. "There was longer duration on assigned treatment for Lynparza, which partially explains the AE rate versus placebo, but the AE rate remained low and was consistent with prior experience," an Astra vice-president heading up the Lynparza programme, told Vantage.

Tackling the lack of OS benefit investigators said 15% of placebo recipients who had progressed went on to receive a Parp inhibitor, and if they derived a benefit from it this could have had a confounding effect.

A cross-study comparison with the Rubraca trial also raises questions. For instance, median PFS with Rubraca was 9.1 months, and six-month PFS around 70%, versus 7.4 months and 53% respectively in Polo. Of course, the Rubraca trial was much smaller than Polo, and was uncontrolled (AACR 2019 – Rubraca trial points to a place for Parps in pancreatic cancer, April 2, 2019).

Polo had enrolled 154 subjects. These came from 3,315 who had initially been screened to identify those who had the BRCA mutation and had not progressed. One key difference between this and the Rubraca trial was that the latter also included subjects positive for PALB2, an even rarer genetic mutation.

Polo did not prospectively recruit subjects with the PALB2 genetic mutation. Around 6-8% of pancreatic cancers harbour either BRCA or PALB2 mutations, and the Polo investigators said 7.5% of the initially screened subjects were germline BRCA-positive; the rest of those that were excluded had already progressed during chemo.

Pancreatic cancer hardly features in analysts’ forecasts for Lynparza, which likely reflects the disease’s highly intractable nature. According to EvaluatePharma sellside consensus the drug will generate combined 2024 revenues of $2.8bn.

Beyond Polo no other major studies of Parps in pancreatic cancer have industry involvement. It seems doubtful that the Asco data will change this state of play. 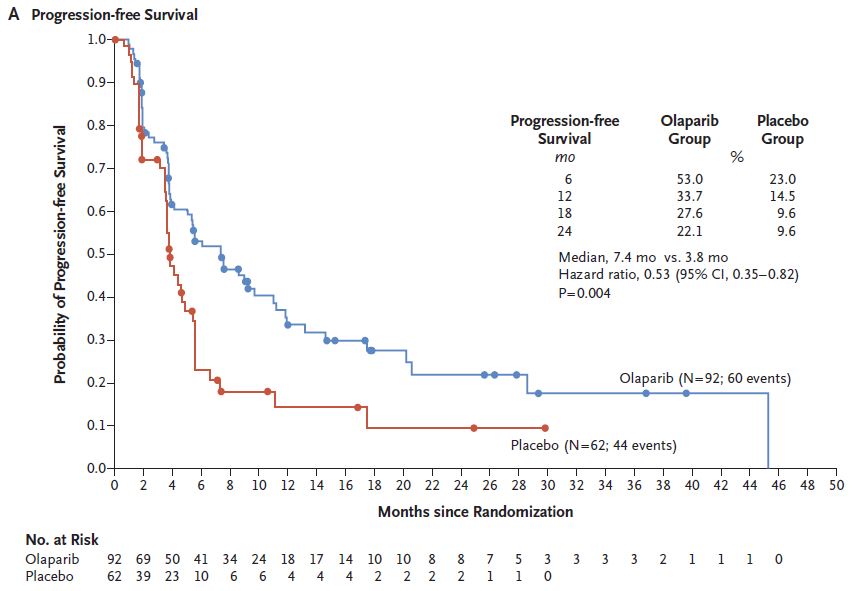 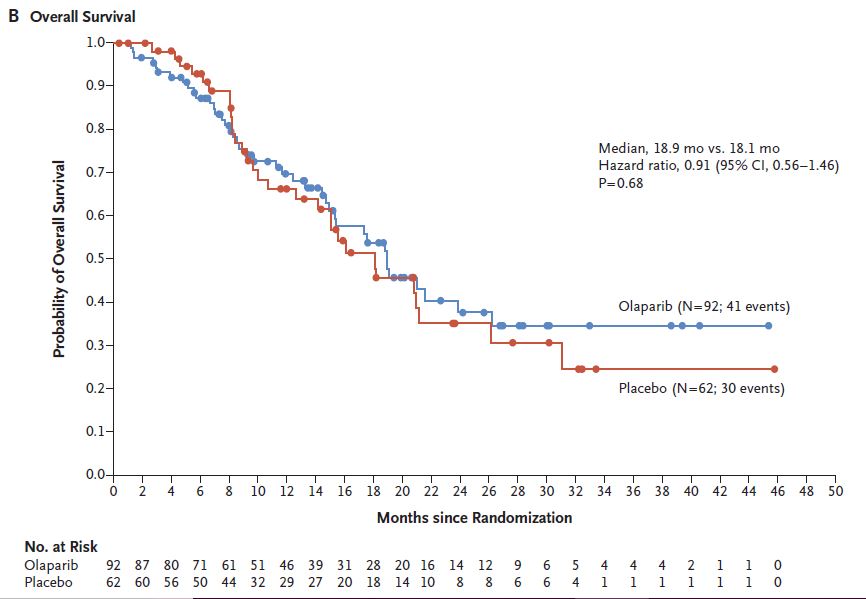