What goes up must come down, and while the Kras bubble didn’t exactly burst at the Esmo meeting it certainly lost a lot of air. The keenly awaited results of Amgen’s AMG 510, for the first time in a colorectal cancer patient cohort, could only muster one partial remission, equivalent to an 8% response rate at the target dose.

There was also a partial response in an appendiceal cancer subject; the results will disappoint, since both had already been hinted at by Amgen. Biotech investors will want to know what this means for Mirati, a group whose valuation has breached $3bn though it has yet to report any clinical data with its rival Kras-targeting project MRTX849.

The way Mirati has traded has been unusual. The heavily shorted stock had surged every time Amgen’s AMG 510 had indicated that Kras was a cancer target that could, after all, be “drugged”. On the other hand, when AMG 510 disappointed at the World Lung conference this month, this also sent Mirati up, presumably on hopes that the company might have a better asset than Amgen.

At Esmo Amgen said it had now treated 76 Kras G12C-mutant patients with AMG 510, 55 of whom were evaluable. But investor interest focused on colorectal cancer (CRC), after the group revealed on its second-quarter call that it had seen "responses" to AMG 510 in CRC and appendiceal cancer patients.

12 of the 29 evaluable CRC subjects in its trial had been given the target AMG 510 dose of 960mg on which investors are now focusing. But only one had yielded a partial remission, and the study’s swimmers plot reveals that the responding subject is still in remission, but is only seven out weeks after receiving treatment. 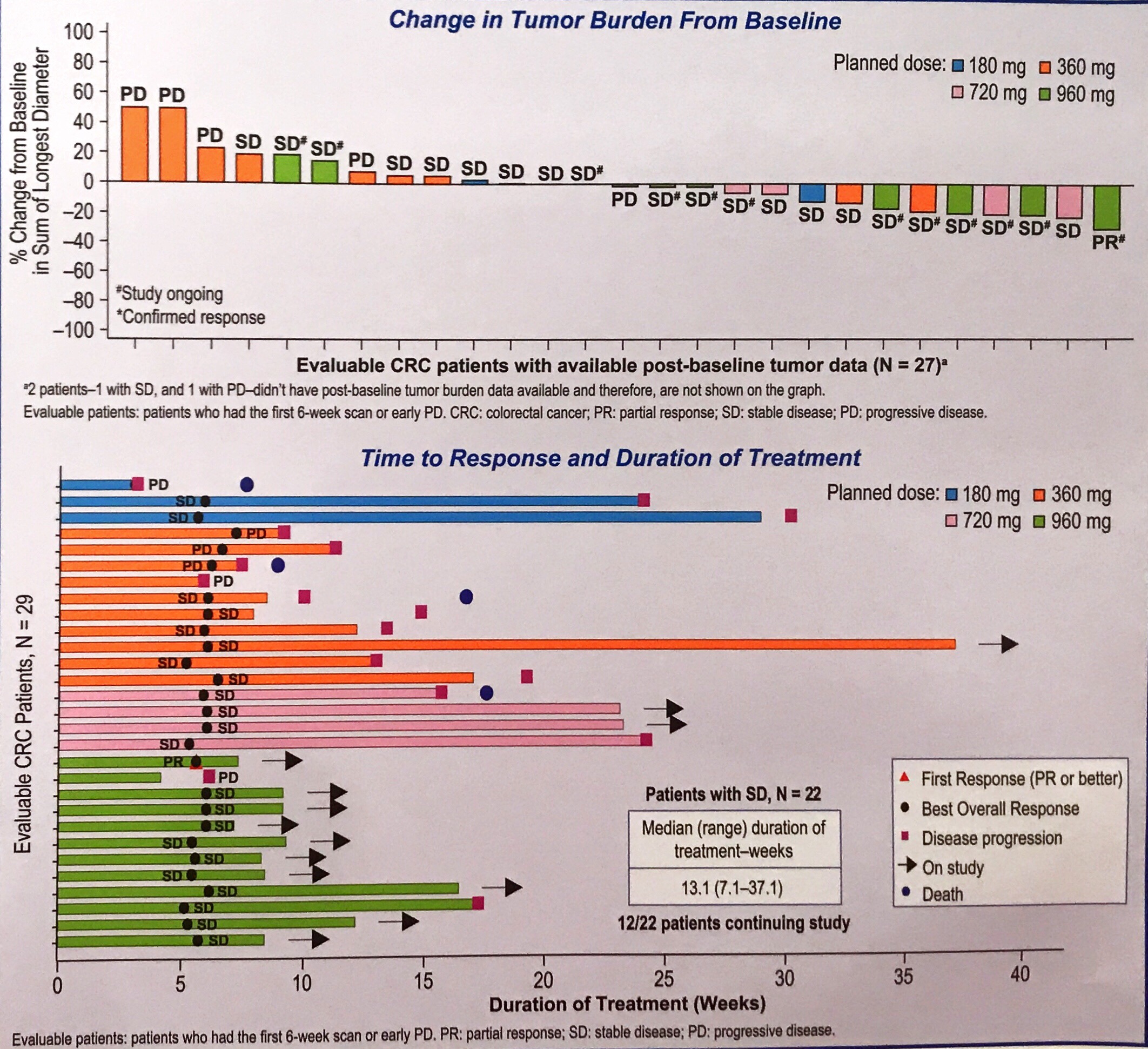 Three subjects with appendiceal tumours are also evaluable, and the one that responded was not on the target 960mg dose. Evercore ISI had earlier said that a 10% response rate in CRC represented a high bar, but many in the sector had been hoping for something better.

The bulk of Amgen’s presentation related to NSCLC, where the data were identical to that reported at World Lung – there lack of response durability emerged as a problem.

The study’s Esmo discussant, Dr Hendrik-Tobias Arkenau of the Sarah Cannon Research Institute, did not mention the CRC data specifically. However, he said he was encouraged by the overall results and by AMG 510’s toxicity profile, as well as intriguingly referring to the Amgen project as an “attractive combination partner”.

The response of Mirati investors will not be known until the stock opens on Monday. Of course, the real proof will come when the group finally reveals something about the clinical safety and efficacy of MRTX849 – something that Leerink analysts reckon might happen at the AACR-NCI-EORTC triple meeting in Boston on October 26-29.

Until then Mirati’s bloated valuation will remain hard to justify.

Triple meeting – Mirati gets an edge over Amgen