Dramatic responses in ovarian cancer treated with a triple combination of Lynparza, Avastin and Imfinzi have prompted researchers to wonder whether synergy between anti-angiogenic agents and checkpoint inhibitors might be responsible for the impressive results. Discussing the latest data unveiled at Esmo today from the Mediola trial, Dr Charlie Gourley of the University of Edinburgh pointed out that trials of Parp inhibitors plus anti-angiogenics, like Lynparza and Avastin, have not shown such big increases in response rates. The triplet arm generated an 87.1% response rate, versus 34.4% in a doublet cohort given Lynparza and Imfinzi, a PD-L1 inhibitor. Caveats include small patient numbers and the fact these were sequential cohorts, so were not randomised. Patients were BRCA wildtype and had previously received chemotherapy. Safety is another consideration: grade three or higher hypertension was reported in 13% of the triplet patients, and 16% discontinued one or more of the drugs. The big question is whether these response rates translate into a survival benefit, and several ongoing trials should provide an answer, Dr Gourley said. Astrazeneca, Merck & Co, Glaxosmithkline and Clovis are involved in testing various combinations of these mechanisms, and the impressive Mediola result will raise hopes here. 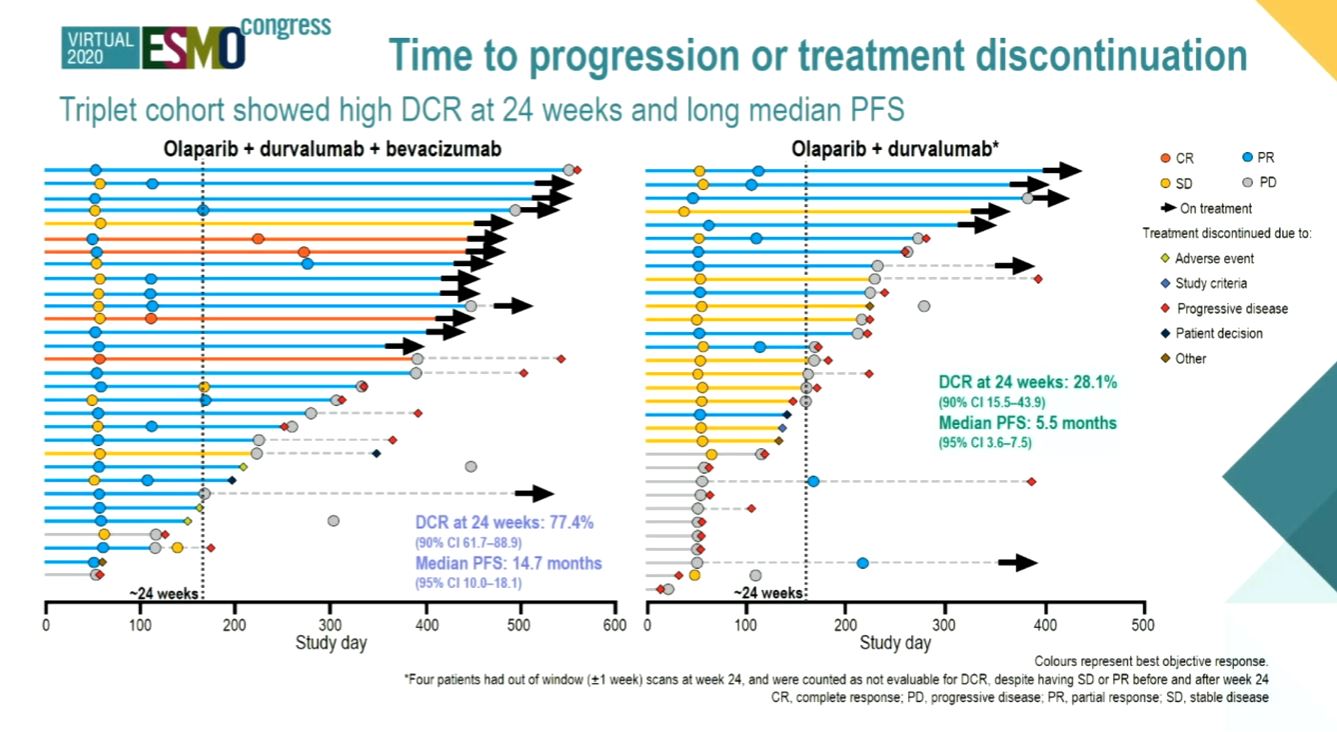