Confirmation that Keytruda’s first-line bladder cancer study Keynote-361 is a bust opens the door for Merck KGaA/Pfizer’s Bavencio to carve out a presence in this cancer. This is thanks to Bavencio’s unexpected success in Javelin Bladder 100, a front-line maintenance study profiled in a recent Asco late-breaker.

True, Keytruda can still capture a slice of first-line bladder cancer patients, thanks to its combo with Astellas/Seattle Genetics’ Padcev, which has shown stunning efficacy. But the question will be whether widespread Bavencio use in the early adjuvant setting effectively rules out subsequent PD-(L)1 blockade.

At Asco 11 days ago Professor Thomas Powles, of Barts Cancer Centre, said Javelin Bladder 100 should make first-line maintenance with Bavencio a new standard of care in bladder cancer. In the trial Bavencio was given after chemo but before progression – while patients were still in response or had stable disease – something that in the market would greatly expand the available population.

If this happens it would limit rival checkpoint blockade to first-line use in chemo-ineligible patients, where Merck’s Keytruda and Roche’s Tecentriq are approved, and the second line, where most leading anti-PD-(L)1s have a label. Importantly, however, there would be little rationale to giving a second anti-PD-(L)1 drug to a patient who had already been treated with a first and progressed.

In Javelin Bladder 100 43.7% of control cohort subjects who progressed were then given PD-(L)1 blockade; for those on Bavencio the number was just 6.3%, and even that was presumably driven less by scientific rationale and more by the lack of any other option.

Roche’s Tecentriq can also be used as front-line monotherapy in patients ineligible for chemo, but if patients are eligible for non-cisplatin chemo they must be at least 5% PD-L1 expressers. The establishment of Bavencio as maintenance could make the later use irrelevant as it would obviate the need for any PD-L1 testing.

In Javelin Bladder 100 “disease control is achieved with initial chemotherapy, and this provides time for the immune therapy to have an effect”, Professor Powles told Asco.

Until yesterday’s readout of Keynote-361 it was a valid question whether a similar effect could be achieved simply by combining checkpoint blockade with front-line chemo. However, this study has drawn a blank, both for the Keytruda/chemo combo and Keytruda monotherapy cohorts.

Keynote-361 had earlier raised serious concerns over its PD-L1-low subjects deriving a greater survival benefit from chemo alone than Keytruda alone, but there was still hope that a chemo combo could show something positive, at least in PD-L1-high subjects. However, though there was a numerical survival benefit for Keytruda plus chemo over chemo, statistically this was insignificant.

True, in Javelin Bladder 100 the Bavencio benefit was driven by PD-L1-positives, who had a 44% reduction in risk of death, but the hazard ratio for all-comers was only slightly less impressive. 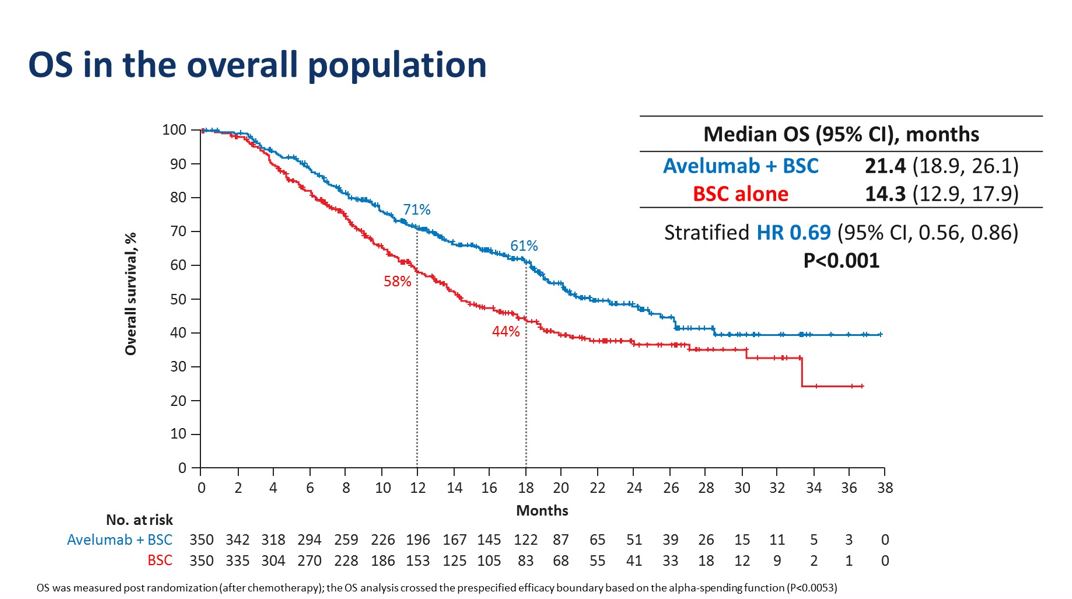 If these shifting dynamics do make second-line immunotherapy irrelevant it is still worth considering how much of the front-line market companies should play for.

Before the flop of Keynote-361 Astrazeneca’s first-line Danube study failed to show a survival benefit for Imfinzi over chemo, despite looking only at ≥25% PD-L1 expressers. Bristol-Myers Squibb’s Checkmate-901 trial was to have ended in mid-2021, but has recently been upsized, from 990 to 1,290 subjects, and delayed.

Merck & Co’s hopes rest on Keytruda’s combination with Seattle/Astellas’s anti-nectin-4 drug Padcev, which could soon be filed for accelerated first-line approval, based on impressive remission rate and survival data in the EV-103 study.

The devil, however, will be in the detail: how efficacy in PD-L1-low subjects compares against that in Javelin Bladder 100, and how much of the Keytruda/Padcev combo’s overall benefit is driven by the Seattle drug remain open questions. 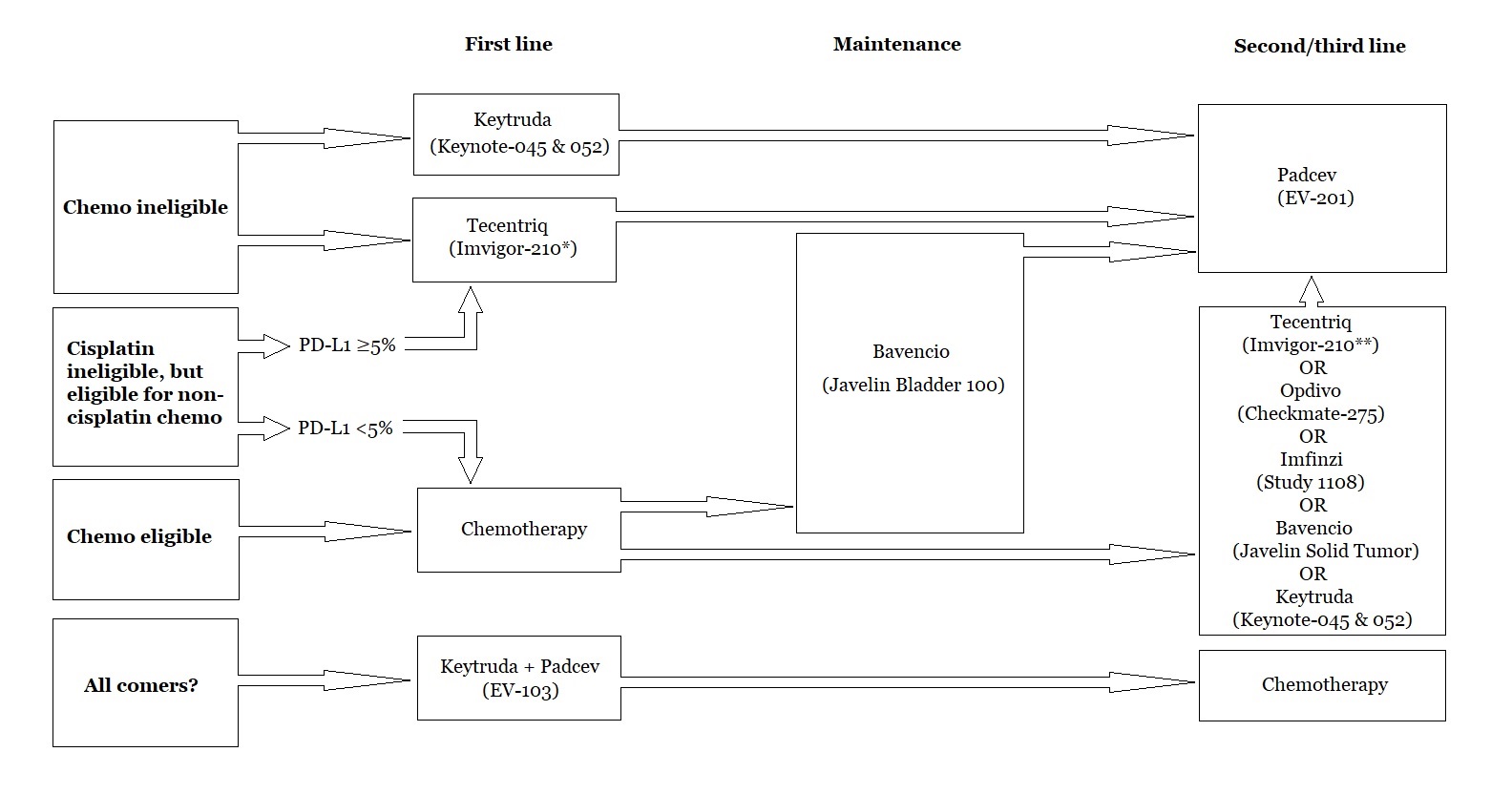 Seattle could waltz in where Astra failed

Another cervical cancer win for Keytruda