Novo’s late-stage pipeline is set to balloon with three new pivotal trials planned; data due in Alzheimer’s could add a whole new storyline.

The pandemic might be holding back sales of Novo Nordisk’s obesity drug Saxenda, but the difficult environment is not deterring the company from making big bets in this disease. A priority review voucher is being deployed to speed up US review of its follow-on asset, semaglutide, it was revealed last week, while a novel combination will move into phase III next year.

These updates came alongside quarterly results, when the company also confirmed that pivotal trials would start with a newly acquired cardiovascular project, ziltivekimab, and semaglutide in Nash. This all signals a growing R&D bill for the Danish developer, although executives have yet to decide whether sema will be taken any further in Alzheimer’s disease; data due in the coming days could help determine the likelihood of this potentially costly strategic move.

The trial in question, called Elad, is being run by Imperial College London with Novo’s older GLP-1 analogue, liraglutide or Victoza, in 200 patients with mild Alzheimer's dementia. The study is by far the biggest to date to look at a diabetes drug in cognitive impairment; diabetes has been associated with dementia, and impaired insulin signalling has been suggested as the common mechanistic link (Novo Nordisk’s quiet entry into the year of Alzheimer’s, January 20, 2020).

Novo execs have been characteristically cautious in their comments about the potential here. Mads Krogsgaard Thomsen, the company’s chief scientific officer, stressed again last week that any decision would be made on much more than the Elad readout. “A multitude of data gatherings” will form the basis of any decision, he said, although he admitted that advisory board meetings had been held on the subject.

Mr Thomsen said Novo was not planning an announcement on the Elad data, which will be presented at the CTAD conference on Friday. However, a decision on whether to take sema into larger studies in this field is expected in the coming months, and any signals of efficacy will raise expectations.

Alzheimer’s is of course a long way from Novo’s core area of expertise, which could arguably add to the risks of such a move. Still, the potential rewards have persuaded many companies that the risk is worth it; should the decision be made to push ahead, many investors would be reassured to see a cautious clinical development plan emerge.

This is particularly true at the moment considering the substantial expansion already on the cards for Novo’s phase III pipeline. Pivotal development for semaglutide in Nash has been well trailed, as has the obesity combination of sema and AM833.

But confirmation that ziltivekimab will move forward is notable; topline data from the phase IIb Rescue trial in chronic renal disease, revealed for the first time, showed impressive reductions in the inflammatory markers including hsCRP. Mr Thomsen said safety looked clean, and reductions in other cardiovascular inflammation biomarkers were seen, warranting the start of a cardiovascular outcome study. 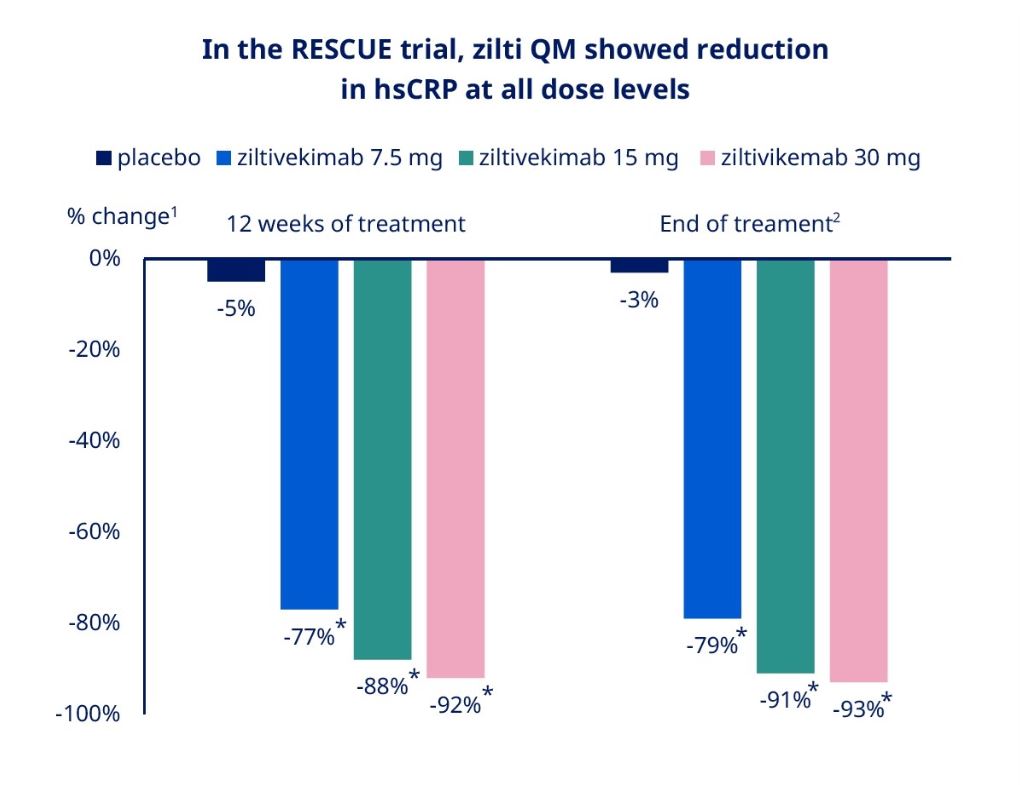 This will be an expensive undertaking – and comes on top of the $725m Novo paid for the asset last year. The theory behind the move is that suppression of IL-6 in patients with kidney disease and atherosclerotic cardiovascular disease can prevent further heart problems and deaths.

Thus Novo is heading into 2021 with a growing R&D cost burden – just as the pandemic is making life hard in obesity, an area in which major sales growth is expected. Reimbursement is already considered a major headwind here, although news of Saxenda’s endorsement in the UK is encouraging.

The company hopes that semaglutide’s greater efficacy will make cost-effectiveness calculations easier – and the decision to use a priority review voucher shows that it is keen to get to market as soon as possible. A decision on approval is due mid-2021 in the US.

But it is far from clear that the pandemic will be under control next year. With Nash and now cardiovascular disease Novo at least has other potential growth areas, but next year will be all about spending.