Shares in generics firms tumble in the wake of a huge lawsuit in the US alleging industry-wide price fixing, signalling many more years of pain for this sector.

Last week was pretty torrid for several generics players; Mylan set the tone with a 24% share price plunge on a dire first-quarter and failure to unveil a new strategic plan. That decline equated to a $3.5bn loss in market value, but the figure pales in comparison to yesterday’s rout of the sector on fresh price fixing allegations in the US.

The publicly-listed generics firms named in the latest lawsuit have lost a combined $23bn over the last week, Vantage calculates, and mounting litigation fears are largely responsible. The new lawsuit seems to mark a substantial escalation in hostilities, spelling several more years of pain for this beleaguered sector.

Filed over the weekend, the latest complaint names 20 companies and 15 senior executives, and involves more than 40 states. It seeks to prosecute the generics industry for conspiring to artificially inflate and manipulate the price of copycat medicines over several years.

Teva lost the most yesterday, in market cap terms; the Israeli firm’s 15% drop wiped $2.3bn from its valuation. The company was named as a central player in the price setting activities, and five employees were named as part of the lawsuit. Others with named executives include Mylan, which fell another 10% yesterday, and Novartis’s Sandoz unit. The Swiss pharma giant slipped 1.7%.

Lannett, which also features prominently in the document, has been another big casualty. Its stock dropped 19% yesterday, after falling 15% last week when it warned investors it was named in price fixing claims. 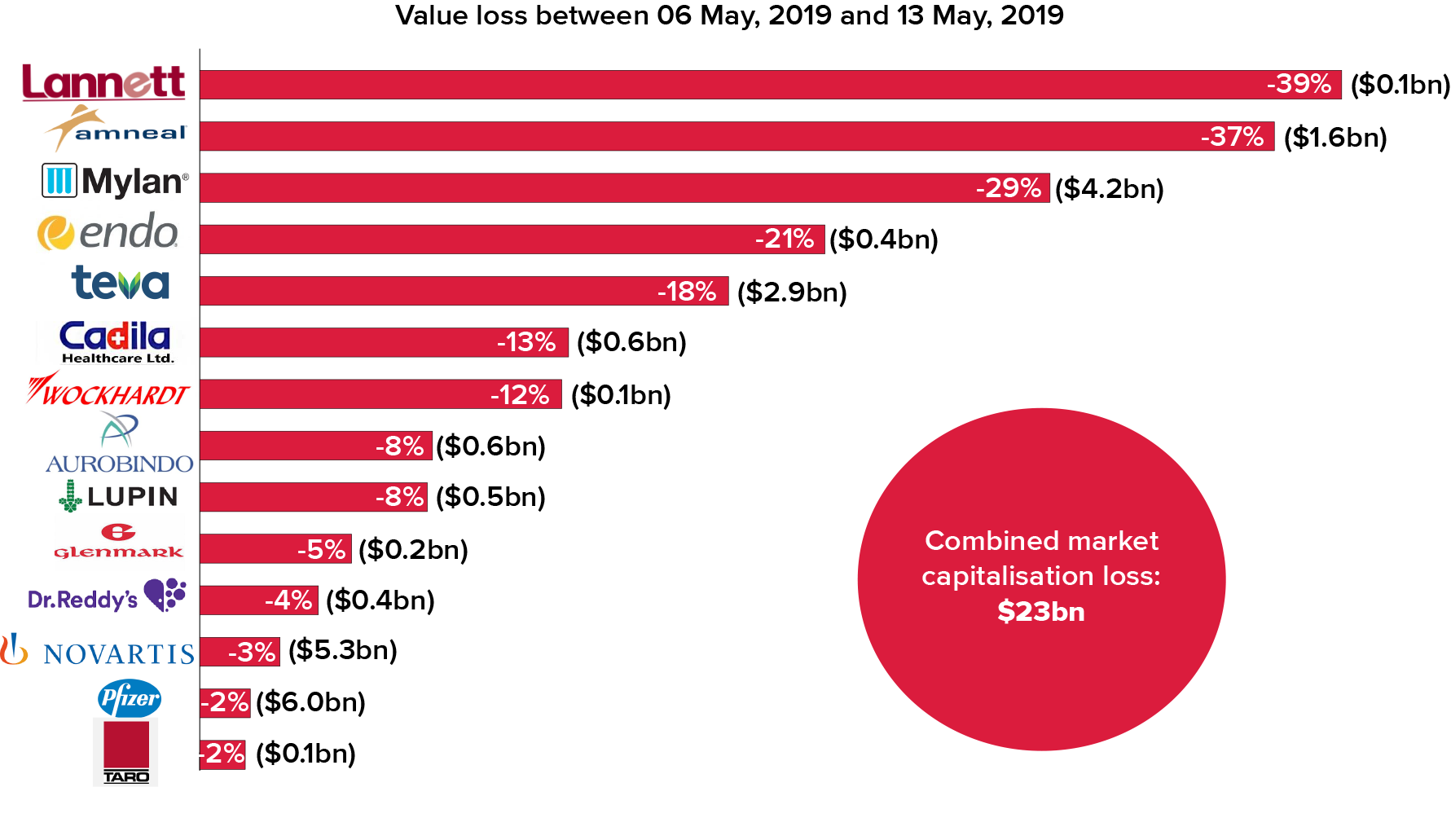 While the stock market reactions here show that investors are taking this seriously, sellside analysts are split on exactly how damaging this could end up being. Bernstein published a note yesterday describing the lawsuit as worse than expected, noting that several witnesses are cooperating. Specific cases of apparent price fixing are going to be hard to explain away, they wrote.

Over at Evercore ISI, however, analysts adopted a more sanguine tone, pointing out that numerous amended complaints and reports of criminal charges have largely come to nothing in the past few years. They concluded that this latest company-specific complaint could be an attempt by State Attorney Generals to apply pressure to force a settlement.

What is certain is that this is the last thing that these companies need right now. Executives are already to struggling to convince investors that they have a fix for the generics business model, which has been hit by diminishing profitability and heightened scrutiny of all aspects of drug pricing, illegal or otherwise.

The inclination in board rooms is surely to lean towards a settlement in an attempt to draw a line under an issue that has rumbled along for years now. How much that will cost is a billion-dollar question, and the next topic for investors to fret about.

Generic pricing pressure could fuel the urge to merge

After seven years will Momenta and Sandoz wait any longer?